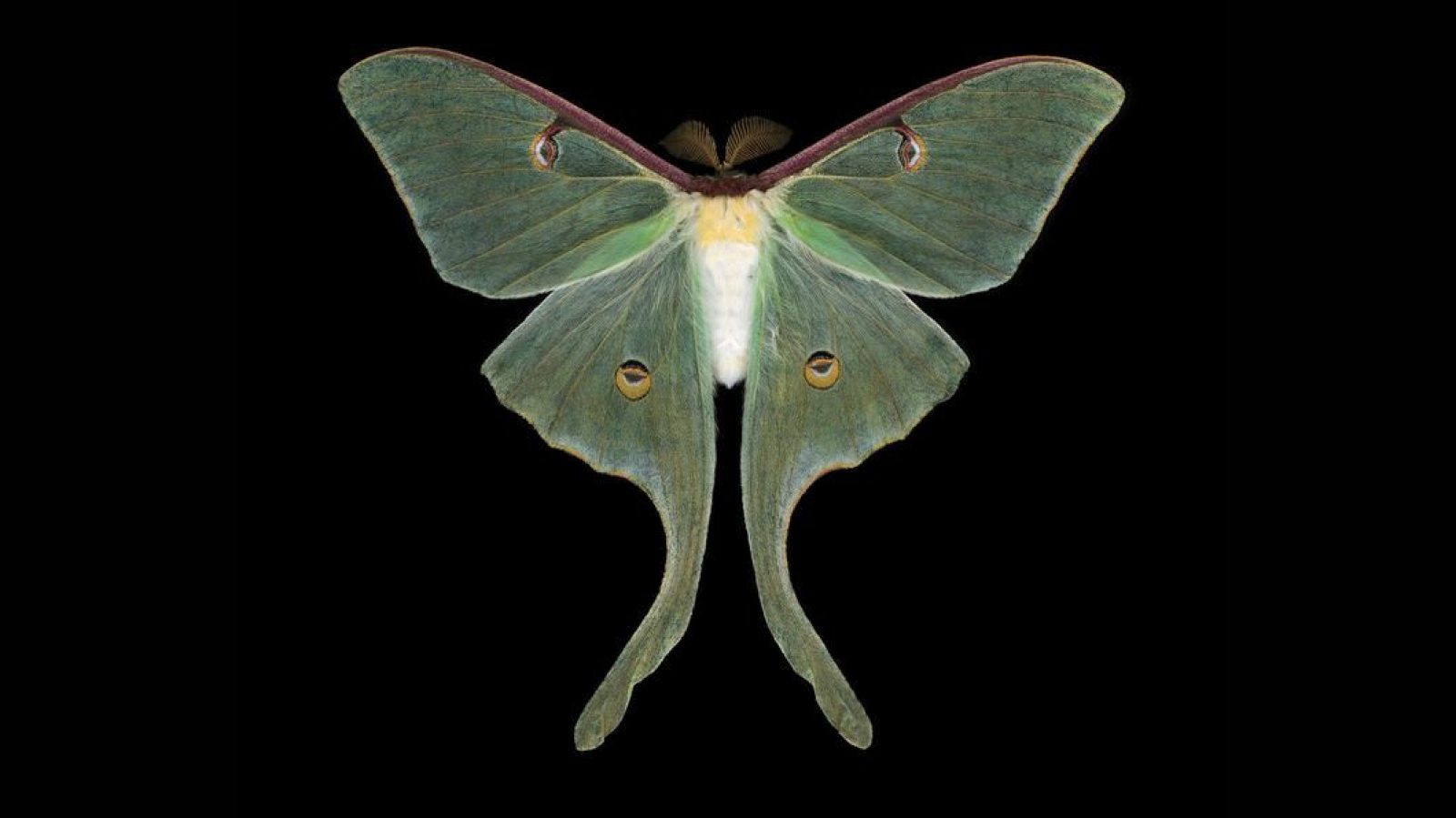 "To take up the mantle of a Dreamwalker is to enter a world of wonder."-Nithre Delphine, High Matriarch of Bones

The dress of a Dreamwalker is that of a softly glowing wool cape fashioned to look like the folded wings of the luna moth. The capes are traditionally light green in color, but ones belonging to veteran Dreamwalkers are known to have a rainbow of colors incorporated into the design. The mantle generates a soft light, from each fiber, that can be commanded to turn on and off at will. Each cloak is custom made for the individual once they turn 13, and no two cloaks are fully alike.   A new Dreamwalker will help the master weaver create the cloak straight from the loom, ensuring the mantle has the essence of it's owner woven through it. Once the fabric has been woven, it is expertly dyed in the design of the owner's choosing. Oftentimes if you look closely at a Dreamwalker's cloak, you'll see hidden designs incorporated into the pattern, all of which have a special significance to it's owner.   Next, the cloak is sewn and constructed; fur trim or decorative cord is added to the neckline and special charms and trinkets, like spell components and magical focuses are sewn into the inside of the cloak. Die-cast metal clasps are added to close the cape, and then finally comes the time to enchant it. The new Dreamwalker takes their cloak to the nearest shrine or temple to begin Quietem: The process of imbuing the cloak with it's wearer's spirit.The greater purpose of a Dreamwalker's mantle is to protect the Dreamwalker once they enter the dream world, and allow them to traverse the dream with relative ease. Warding spells and protections are placed upon the fabric during the ritual, and the wearer concentrates hard to imbue their memories and essence within the cloak itself.   The dream world is one not like our own; it is a strange shifting landscape made up of a dreamer's consciousness, and one needs to have a strong sense of self if they ever want to wake up again. Whilst inside a dream, it is very difficult to tell the difference between dream and self; those unfortunate enough to be caught lucid inside a dream unprepared can become trapped in a sea of random thought generated by the sleeping mind. It is the art of Dreamwalking that allows people to shape the dreamscape, rather than the other way around. The cloak is necessary to help a Dreamwalker hold their sense of self, to not be swayed by the sea of thought and emotion, to remember their own story in the chaos. 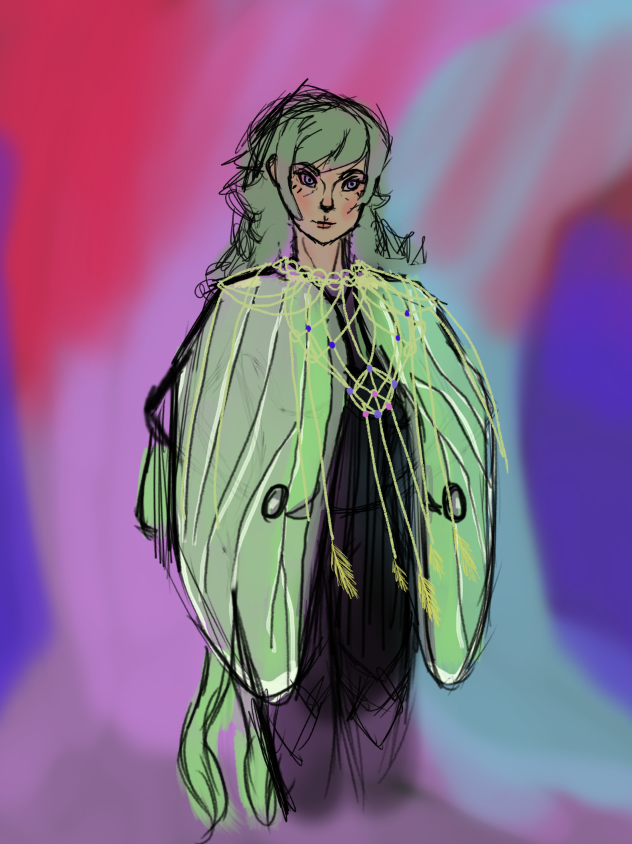 The People Behind The Cape:

There have been Dreamwalkers as long as there have been people to sleep. An order of shamanic travelers who roam the lands and walk the line between reality and dreams, the Dreamwalkers are a ritualistic people steeped in tradition and lore. They value creativity and storytelling as sacred; art, music, and dance are all part of their rituals- and above all, they value story. The art of the story is viewed as a gift, given to all the Gods' creations in the form of imagination and wonder. Dreamwalkers are known for traveling the world in search of stories to trade. If you ever see the characteristic luminescent cloak of a Dreamwalker near a campfire of strangers by the side of the road, they're likely telling epic tale after tale to an enraptured audience. Generally, today, if one is to pursue the craft of theater they need to be well-versed in their Dreamwalker lore and history. But unfortunately in recent times, the number of Dreamwalkers has been rapidly dwindling- rumors have pointed to the neighboring kingdoms who grow uneasy with such an independent group of people with its own interests, separate from that of the ruling nations. The power of stories and propaganda isn't taken lightly by the elite, who would prefer the power of the Dreamwalkers be used for their own gain. Many Dreamwalkers are stopped by border patrol and the royal militia, and kept from continuing their journey around the world in search of stories; more still are killed by assassins sent by the ruling elite.   But despite their smaller numbers, Dreamwalkers are as determined as anything to keep their tradition alive. The art of Dreamwalking is a difficult skill each member must master once they receive their first cloak. Instead of falling asleep, a Dreamwalker enters a meditative trance in which their consciousness enters Animus: The 'fabric' of every sleeping mind woven together in an ever-shifting tapestry of thought and emotion that connects every living being to each other. While in this trance, the spirit, connected by an ethereal silver cord, leaves the body and sifts through the dreams of nearby sleeping creatures. A sacred tradition, Dreamwalking has most popularly been used in the past to warn people of great calamities or inform the world of great change, by actually seeing the intent of those planning changes in the status quo. This part of the ability is seen as controversial, with some who would rather their dreams remain private. Due to the unrest unsolicited Dreamwalking caused, there was a law set in place stating one could never enter someone's dream without the dreamer's express permission before the ritual starts. This law isn't always followed, but with the Dreamwalkers being more inclined to Neutral Good or Chaotic Good alignments, most keep their distance unless given permission. A Dreamwalker will travel the world, meeting people on their travels and trading a rousing night of story tales on the side of the road, for a night exploring their dreams. The main focus of Dreamwalking is to empathize with all who sleep, and to 'research' for their stories. Dreamwalkers train rigorously to become master authors of stories, understanding mechanics like the hero's journey, suspense, and catharsis to tell the best stories. They are also known for uprooting corrupt seats of power, silently spreading stories championing resistance and spirit against totalitarian regimes as they travel throughout the world.   Dreamwalkers understand that hope is the most important thing to keep a resistance going through difficult times. A Dreamwalker often times will be found interviewing heroes during the day to be the focal point of their stories, as Dreamwalkers tell both fact and fiction (Though truth be told, they have been known to embellish on occasion.) to their audiences. In this way, a network of Dreamwalkers can behave like a fantasy version of the press, informing the masses of the events happening in the world. This is an area where the Dreamwalkers and local kingdoms butt heads, as one might find a town crier fighting to be heard over a Dreamwalker that happens to pass through. Such battles often gain crowds of people, flocking to see which version of the story will win. Dreamwalkers typically win such battles, being trained since little to be incredible arguers and debators, along with storytellers and even stand up comedians. But, if a Dreamwalker gets a little too careless, they can end up in jail for spreading anti-crown propaganda. Sadly, this is often where many Dreamwalkers disappear for good, being silenced in the night when no one is paying attention.
Item type
Clothing / Accessory

Great concept and well thought out. Really makes sense for authorities to be wary of the dreamwalkers given their abilities and past history of uprooting stuff. I like the idea of imbuing the cloack with the spirit from the one who is going to wear it and they way it looks is quite nice. It is also a nice idea how they can access other people's dreams.   You could make the title on the top into a quote section. That would make it look better there I think :)

Great article! This cloak look so pretty, looking like that moth :D I love the concept behind the cloak and how it helps with dreamwalking :D The whole concept of dreamwlaking and the history of the dreamwalker is very interesting.   I love the idea of the dreamwalkers, only entering dreams so that they can get inspiration for their story and to get to know the human psyche better. I wasn't expecting that and it's a neat concept :D Though I totally understand the people complaining about that, dreams are very intimate and not even something we can control, having someone see them would be a terrible invasion :p

Thank you! I'm really glad you like my creation :) I think I'll expand on this article, I'd like to make more of the world around it.