Miramamosa is the Goddess of Creation (not to be confused with Ithalia, the Goddess who breathed life into the solar system and created it). Miramamosa was often viewed on a lower pedestal amongst the Ithian pantheon. She grew jealous of the other gods for having devout followers and swaths of people who were faithful to them. Miramamosa later committed taboo once she set off to the Full Bright of Boris-Ipa to construct The Congressional Church of Conjurits. There she then created the Conjurits - an artificial race of creatures each with unique designs, handcrafted from her celestial touch and imagination. Miramamosa easily manipulated the conjurits by limiting their free will and hiding her ill intentions behind a guise of motherly benevolence. The conjurits were immensely grateful for their creation and showed their devotion through faith in their divine mother. Her power was strengthened through the prayers of her race of followers, and she further sought this power by expanding her church and giving life to many more conjurits.   Miramamosa's hollow victory would later lead to her greatest downfall. The rest of the gods were angered by her actions, and though many wanted to destroy her, it was later decided that the best way to punish her was to destroy everything she had worked for. The gods spent years scheming and reluctantly came to the conclusion of allowing Nyarcon - the winged god of death - to create a necrotic disease with horrifying effects. The afflicted were granted a state of near-immortality but grew a ravenous appetite for blood. Thus, the dawn of the hemovores began.   The plan was in motion, and the disease began to spread on Elepothia . Those who were now contaminated grew hungry for power, and so began a mass war known as the First Onslaught. In a panic, the nations struggled to find a solution to the hemovore threat, but it was eventually discovered that this enemy was vulnerable to weapons tainted in the blood of celestials. Among the nations, interest was renewed in the location of Miramamosa's church, and the armies of Elepothia dispatched with haste to Boris-Ipa and laid siege to the church. Over the course of four days, the church was destroyed, and almost every one of the conjurits were slaughtered by the hands of the Elepothian armies, desperate for the celestial blood needed to fend off the hemovores.   This brutality struck Miramamosa with a grievous spiritual wound, and in this moment of vulnerability, she was captured and imprisoned by the opposing gods.

Miramamosa created the conjurits and manipulated them into thinking she was the one true creator diety. The goddess further gained the conjurits' faith by persuading them that being created by her was an honor. In truth, Miramamosa sought only to empower herself through their faith of her creations, a means by which to feel paramount to the rest of the gods.
Now that her church has fallen, the goddess swears vengeance on the remaining pantheon.
Divine Classification
Godess
Religions
Children 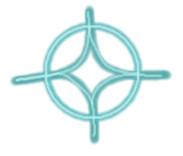 Glyph of Miramamosa by The Empathist
Today, Miramamosa remains confined in a divine prison, forced to watch as the last surviving conjurits live out their days. It is until these celestial creatures have all perished that the gods have decided they will execute the rogue goddess. Miramamosa is adamant that she will one day break free from her chains and strike down the gods with unimaginable force.