Hemovores are the individuals infected with the supernatural disease created by Nyarcon, God of Death. The creation of the disease was all part of a large scheme created by a majority of the Ithian Pantheon as a way to take down Miramamosa, who committed the taboo of creating her own lifeforms and manipulating them into worshiping her to strengthen her divine powers. Although hesitant and dismissive of the idea at first, the gods eventually found the disease to be the best plan of attack for striking against Miramamosa. Nyarcon was quick to develop his divine strand of disease that was sure to wreak havoc across the system.   The first infection was recorded in 43 AME when a small settlement within the Greatlands of Elepothia had mysteriously been attacked by an indescribable beast. Victims of the attack were scattered across the settlement and nearly drained completely of their blood. The bodies were later buried or disposed of ceremoniously. Whispers soon spread of people seeing their recently deceased relatives looming within the mist of town with an eerie glint in their eyes. Most people discarded the sightings as nothing more than delusions of people unable to grasp or accept the loss of their loved ones. Days later, the settlements were once again attacked, only to reveal more cold bodies almost entirely drained of their blood, with large wounds around vital veins. Rumors had quickly spread across the lands of the mysterious blood-hungry beasts that had lurked on the outskirts of smaller settlements. As reports of beastial attacks reached the ears of neighboring towns and cities, the looming threat of these unknown creatures caused unrest and paranoia among the masses.   By 44 AME, the attacks had become more of a threat and more people came forward as eye-witnesses to the strange attacks. The name "hemovore" was the title that was soon after picked up to label the fiends. The hemovores were described as appearing at first glance to be regular people from across the lands. They had the exact same appearance as they did in their previous lives, but upon closer inspection, there were some striking differences, such as bodies that were completely cold to the touch as well as an irregular glow in their eyes; the glowing eyes most often coming in blues, greens, and reds, with some reports of yellows, oranges, and whites. The nations of The Conglomerate Territories were the first to lend military aid by sending small detachments of troops to help fend off the hemovores. These detachments never returned, and reports eventually came that hemovores were looting the advanced weaponry from the fallen soldiers.   45 AME was the start of what is known as The First Onslaught (the first recorded major battle that took place in the AME era), also known as the Hemovore Wars. Through the battles, it was discovered that the hemovores were seemingly immortal. The Sentinel Union put a large effort into taking hemovores hostage and experimenting with numerous attempted cures for hemovorism, including various herbs and medicines prepared by the Sentinel Union's top scientist and the spells crafted by Elepothia's and Mitholon's best sorcerers. All attempts at finding a cure proved futile, and the hemovores spent the next few decades conquering large stretches of land and expanding their presence onto the worlds of Terranon and Mitholon. 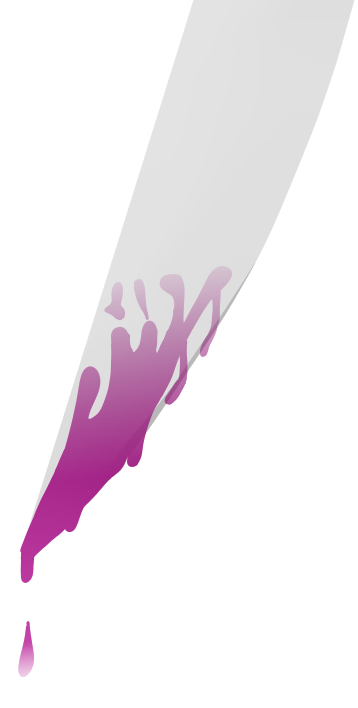 The Solution by The Empathist
By a stroke of blind luck, the first hemovore was slain by a renowned hunter using his prized heirloom sword, a weapon that had been stained by the blood of a celestial creature. Word of the deed spread quickly as hunting parties and militaries alike were dispatched hastily to hunt down any celestial creatures, an act which had hitherto been forbidden by religious authorities. The search was inhibited by the incredible scarcity of such creatures. These concerns were soon dispelled upon reobservation of Miramamosa's church, where she had created her artificial race of devout followers: the conjurits. While before the existence of this species was considered inconsequential, but their importance was reevaluated. Due to Miramamosa's use of her divine powers to breathe life into their existence, the conjurits were considered celestial creatures. In 67 AME, multiple armies were sent to the church to hunt the conjurits and create weapons and ammunition using these creatures' blood.   The tides of the war quickly turned, and by 70 AME, the hemovores had all surrendered. A treaty was ratified, and it was agreed that the remaining hemovores would be spared under the condition that they all migrated to the Vast North. Over the next millennium, the hemovores established their own continent and divided it into seven mighty nations, collectively governed by The Hemovore Council of the Vast North (HCVN).

Hemovorism is transmitted through any bodily fluid. The disease is usually contracted through suffering a hemovore's attack, while others are tricked into being infected with the disease, and in rare cases, some people willingly venture to The Vast North in search of becoming a hemovore. Through observation, it has been noted that animals are capable of carrying the disease but are not affected by it. The pathogens carried by these animals seem to only live for one week to four weeks. Expelled bodily fluids that are not transmitted into another body only carry the disease for five to nine days.

The transformation into a hemovore has often been reported as excruciating; victims feel their bodies grow cold until they feel completely numb and experience suffocation. Throughout this, the victims also undergo psychological torment, feeling as though their bodies are being dragged beneath an icy ocean, becoming oblivious of their surroundings, and losing awareness of all sights and sounds, slowly falling into a state of complete sensory darkness. What follows is consistently reported by the afflicted as the experience of death, followed by visions of Nyarcon. No other events during this state have been recalled, but the victims remember waking from dream-like states as they resurrect into hemovores.

Once an infected person becomes a hemovore, there is no known reversal treatment. All attempts at finding a cure have failed. After a long passage of time, most hemovores grow tired of their lives and either commit suicide or ask another person to take their life. Typically this is an exchange made with someone wanting to become a hemovore or with someone curious about taking a sentient life.   Hemovores are insatiably hungry for blood. Many nations throughout the system have established blood banks both to assist hospitals and to sell their blood directly to The Vast North. Some hemovores are disgusted by the thought of drinking another person's blood and resort to hunting live animals in the wilderness.

Although over a millennium has passed since the war ended, many societies remain unwelcoming of hemovores, finding them freakish for bearing a supernatural disease. Some people aren't as apprehensive towards hemovores as others, choosing to live normal lives alongside them in The Vast North. However, throughout the nations of Elepothia, hushed rumors have trickled of hemovore terrorist cells plotting large-scale pathogenic attacks. Such fears are amplified when considering the near-extinct population of conjurits, the overall scarcity of other celestial creatures, and that hardly any weapons infused with their blood are still preserved in the post-Onslaught era.
Type
Divine

Hemovores are just as sentient as they were in their former lives, however, they usually state that they are incapable of experiencing physical sensations. This has been corroborated by first-hand accounts from hemovores who have attempted to harm themselves as well as war veterans who found themselves impervious to attacks from standard weapons. While they do not physically feel anything, hemovores are quick to clarify that they feel emotions. Hemovores are capable of feeling empathy, sadness, anger, and joy, just as mortal people can. When questioned how they feel about being hemovores, many respond by saying that they were fascinated with it for the first few years, but the thrill of immortality quickly wore out.   Many older hemovores are depressed and lonely, as they have outlived all of their loved ones. Seeing the death of friends and family as they succumb to old age becomes a common occurrence. This results in a preference among hemovores for lives of solitude as to avoid the grief of bonding with mortals. Other hemovores overcome this potential burden by convincing their loved ones to become hemovores as well.   Many hemovores take advantage of the opportunities presented by immortality, dedicating years (often even spending more than a century) of their lives to the pursuit of artistic passions. It is a commonly accepted opinion that the hemovores of The Vast North have some of the most exquisite art and music. Others may even dedicate their immortality to discovering the secrets of the universe, helping cure diseases, or going on paramount journeys into space in search of undiscovered civilizations.