Stronghold of the Legitimists

Attention! In the tragic circumstance of the settlements fall to foreign invaders, all citizens of Ahelaldi are encouraged to retreat to Mahhatya Aib. In the event that you are barred from entry due to a late arrival, we ask that you either flee or fight with whatever you have.
— Bilafir Olgab, Vaja of Ahelaldi

Mahhatya Aib is an imposing castle in Shla ai-Doai, the capital of the March of Ahelaldi. The castle is owned by Bilafir Olgab, the leader of the Ahelaldi government, and functions as a home to all high-ranking officials. In addition to housing the government, Mahhatya Aib is also the headquarters of the Imperial Guard, the prestigious law enforcement organisation of the march.

The town in which the castle is located, Shla ai-Doai, is built on a mostly flat and rocky surface. To improve the defensive qualities of the settlement, the locals began developing manmade layers of platforms to provide elevation for their defensive structures. By the year 220 AU, construction of the castle atop the highest platform had ended. 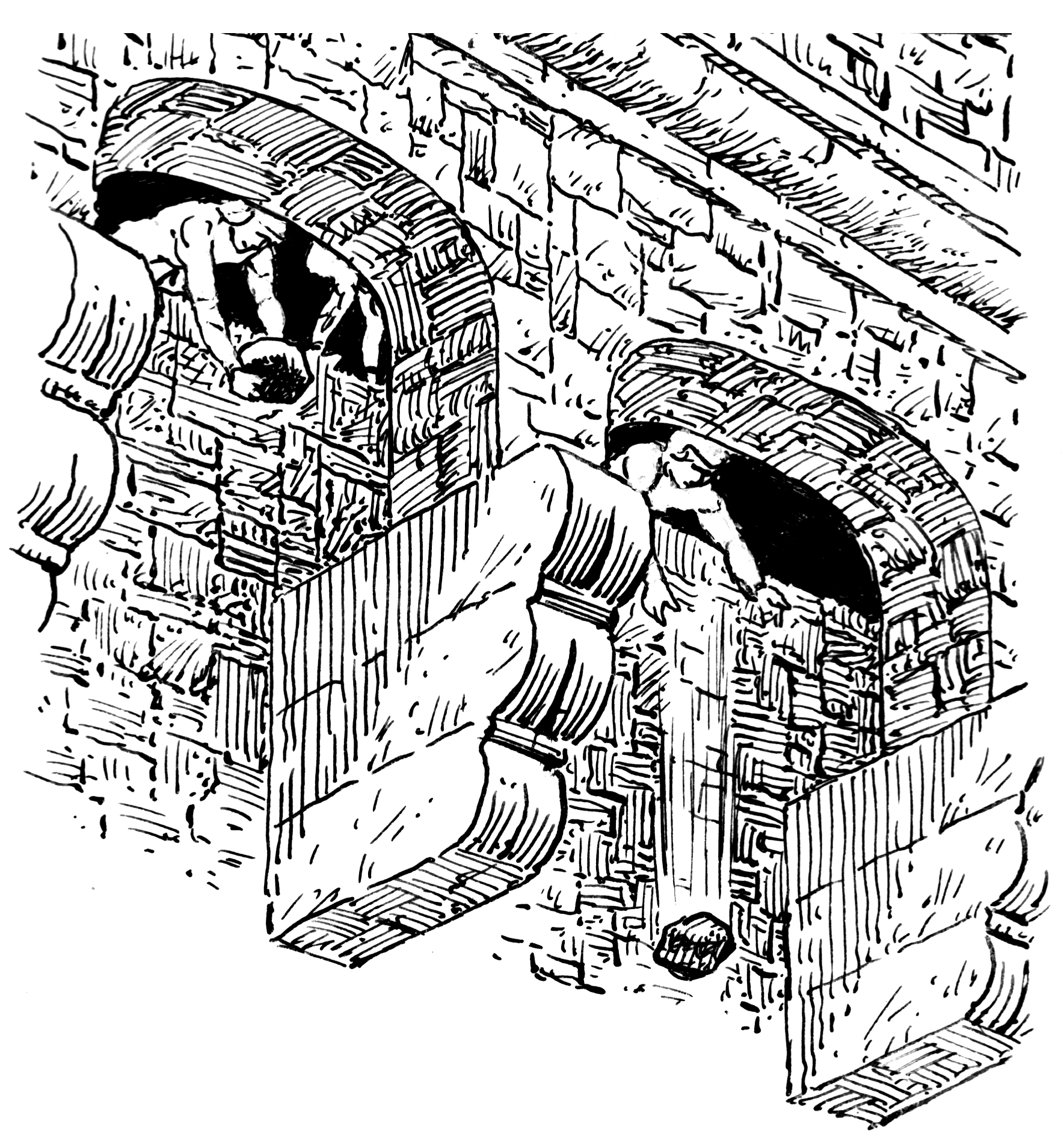 Mahhatya Aib is protected by two layers of walls from its most accessible side and a single ticker wall covering its rear. The two lines of walls consist of a shorter, but far wider outer fortifications and a taller inner wall with towers capable of holding siege equipment.   Between the two walls are rows of single-story buildings that were initially designed to house travelling armies. At the moment those buildings are reserved for the townfolk in case of an attack. All the houses were built into the front walls; therefore meaning that breaching the first line would involve breaking into a building.
Founding Date
220 AU
Type
Castle
Parent Location
Shla ai-Doai
Owner
Bilafir Olgab
Ruling/Owning Rank
Vaja
Owning Organization
March of Ahelaldi

The castle's basement, in addition to storing the food stockpiles and other goods, is home to the Imperial Guard.   The Vaja of Ahelaldi granted them three rooms there, one for storing their gear, a room for planning and conducting meetings, and a place to question criminals and suspected traitors.