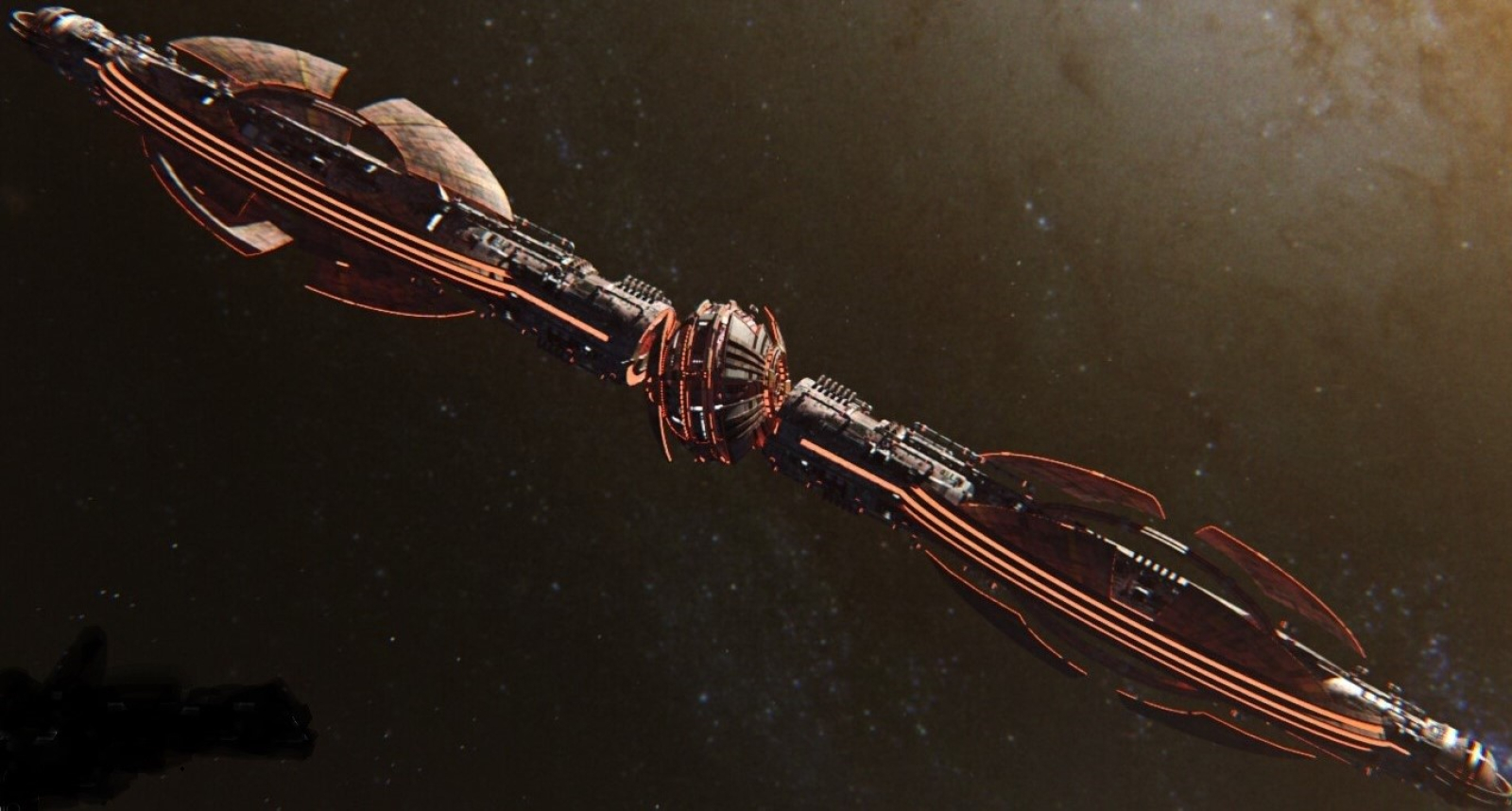 Payloads need to be much lighter than oumuamuas. They are hooked to the end of the cable as it passes and then flung into a calculated path by rotation of the cable around the center of an oumuamua's mass. The ship can then be reboosted to its original trajectory by electromagnetic propulsion, rocket propulsion or by deorbiting with another object with the same kinetic energy as transferred to the payload.

Gas boosters along the length of the tether arms are used to subtlety orient its lighter cargo to better align with its payloads and their destination.

The rotation of the tether can be made to exactly match the orbital speed of a nearby planet or the thrust speed of the target ship somewhere behind it.

Carbon tube cables are mechanically reeled in after collecting each payload in order to maintain synchronization between the tether rotation and its targets. While contained within the arm, they are also checked for micro fractures using piezoelectric sensors and cleaned of cosmic dust while in void space or of moll if they operate in the space clouds above the Opal World.

The lengths of either arms contain origamic engines for quicker directional change and docking clamps for smaller shuttles to rest inbetween transits.