It is a very pleasant spot to have a rest when in Wasshielerberg. The surrounding park, the pretty architecture, a cup of healing mineral water - what else could you ask for to have a good time? Pyotr Tkachyov, S.A. Oberstleutnant


The Bernantt Pump Hall is the building housing the very first public pump room of the Imperial Wasshielerberg Wellness Resort, where people can come to drink the healing waters the city is known for.

Beginning as a residence

The history of the Pump Hall begins with the construction of a small palace and surrounding garden for the Bernantt family, who were in need of a proper residence in the capital to overlook their merchant business there. Conceived by the architect Wolden ver Filt in 2452, the palace was to be an elongated rectangular one-story building, with a small clock tower integrated into the main entrance. After two years, the residence was complete along with the expansive 4-hectare garden. The family moved in upon completion and remained there for the next 350 years.

Throughout the 28th century, the Bernantt family was gradually declining in significance and wealth. In 2804, they had to leave their palace in Wasshielerberg due to an inability to pay for the expenses of living there. It was sold along with the garden to another family, the Lefferings, who were meant to revitalize the area. The palace building at this point had already begun showing signs of age, with paint coming off the facade and a leaking roof. The new owners did nothing however, practically abandoning the site after three years. After two decades, the complex was seized by the city after the Lefferings were trialled for their involvement in a plot against the Kaiser's court. At this point, the palace building was in bad shape, with a rotting roof, damaged walls and cracked windows. The interior was completely gone, as the Befferings either sold or took away the furnishing. After consideration, the City Diet decided to use the building as a storage room, as there were no funds at the time being that could be devoted to renovating it. The garden around it was declared a public park.


Repurposing into a pump room

During the early 2900s, an exploration campaign promoted by the City Diet discovered over 21 new sources of the healing waters Wasshielerberg takes its name from. Prior to this, the waters were considered a certain high-end product which was only obtainable in the cavern resort 12km away from the city centre, that had been operating almost since the foundation of the city. Now, with a much larger supply, the City Diet decided to capitalize on the discovery and fund the construction of a pipe system that would carry the water from these sources into a dedicated public pump room somewhere within Wasshielerberg-proper. When looking for a good location for the pump room, the former Bernantt Palace was taken into consideration as a possible location to house it. Ultimately, it won the vote in the Diet and the decision to repurpose it into a pump room and water drinking space was finalized. Work began in 2906 to both renovate and prepare the building to its new function. The pump was installed in the central point of the residence, right after the main entrance, while the remaining space was dedicated to an open drinking area and a cafeteria. This first public "Pump Hall" was inaugurated in 2907 and has continuously served the city since then. 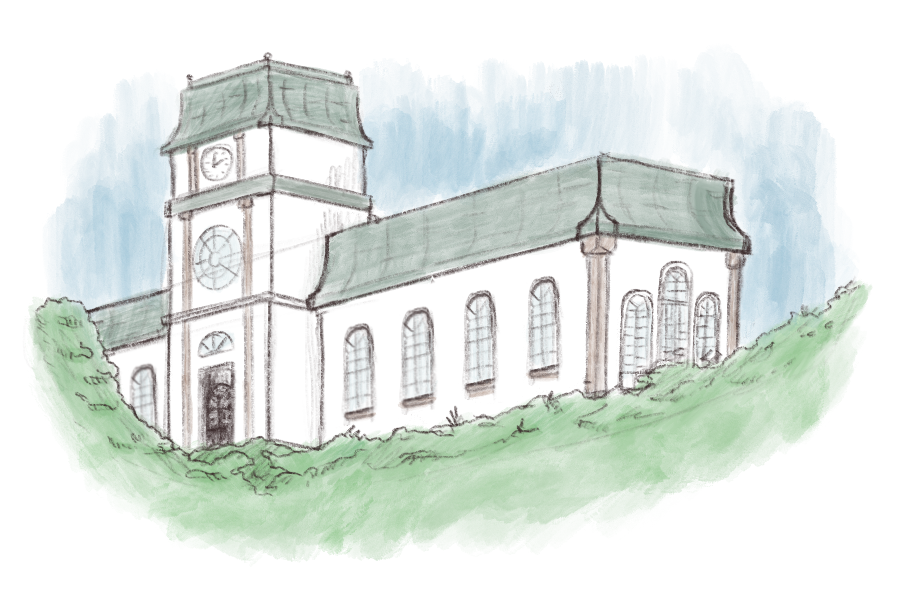