Startrees are bio-engineered plants capable of living in the vacuum of space. They are commonly used among space-dwelling cultures in the Starweb as organic space habitats which are grown from suitable celestial bodies such as asteroids and comets. 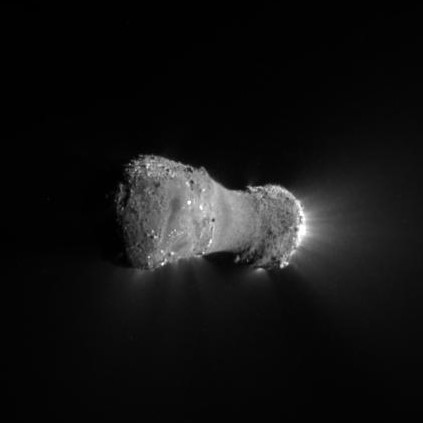 PIA13579 by NASA/JPL-Caltech/UMD
Many startrees are grown from
the nuclei of comets.
Most varieties of startrees were engineered from Terran plants, with adaptations for survival in space. Startree trunks are thicker for insulation and radiation resistance, and they do not respirate through leaves which are exposed to vacuum.
Being primarily made from carbon, nitrogen, and oxygen, they can grow in any location where sufficient amounts of these elements are present and enough sunlight is supplied. The usual "core" for startree growth is an extinct comet or outer-system asteroid, as these are rich in volatile compounds and ice. The tree will sink its roots into the core while extending out branches and leaves which shroud it in a shell easily several kilometers across. This creates a vast interior space broken only by the cometary core and trunks growing up from its surface.
As part of startree growth, the orbit of their host object is usually adjusted to bring it closer to its star so the plant can grow faster. This requires expending part of its mass as fuel for reaction motors; typically this is ice melted into water. Often times startrees are maneuvered into orbit of habitable planets or gas giants, for easier access to other population centers. Heavy-duty spacecraft known as comet tugs or "tree tugs" are sometimes used for this job.
Shoots or trunks from one tree can be transplanted and used to grow another, however some startree inhabitants are jealously protective of their plant's genome and the careful modifications they have made to it, and will not take kindly to attempts at acquiring this information without permission.
Viewed from a distance, such as the surface of a planet it orbits, a grown startree will resemble a green mote of light when illuminated by its sun. 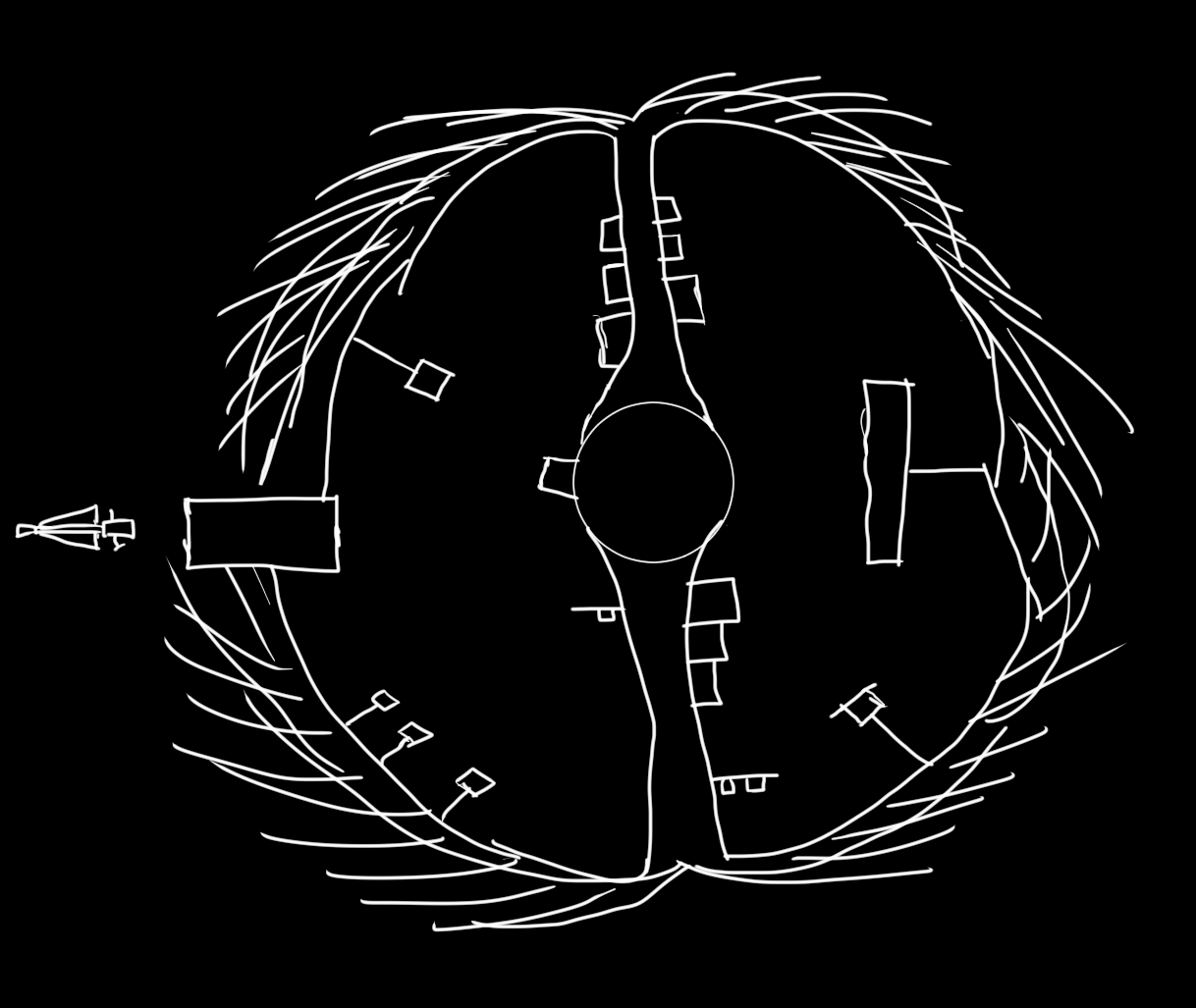 by AntimatterNuke
Schematic of a startree growing from a cometary core. The interior volume contains a pressurized atmosphere, with buildings dangling down in the feeble gravity.
Scientific Name
Various
Geographic Distribution

Once the tree is grown to full size, habitation may commence in earnest. The outer shell of leaves and branches is usually made airtight by sealing gaps with transparent panes (to provide an outside view) or water reservoirs (for radiation shielding), and then pressurized with air. This creates a large habitable space in which gravity is but a mere whisp, slowly tugging unsecured objects towards the core. Buildings can be built in the tree's trunks or dangling from the shell's inner surface, and if a solid footing is desired large wheels can be set spinning to create pseudogravity from centripetal force. Transport between structures can be accomplished with compressed-air jets, propellers, wings, or (given enough skill) simply leaping across.
These habitats are primarily used by space-adapted species, such as caelans, who enjoy the freedom of movement provided by microgravity life. Flyers like vrans and avens also do well inside the large open volumes of startree habitats.
Multiple startrees can be joined together to create connected habitats, though care must be taken to avoid any of them becoming starved of sunlight. While startree habitats are in some respects easier to build than conventional rotating ones, their dependence on photosynthesis for energy limits them to the habitable zones of solar systems, and not far beyond.
Biotech

Startrees are based on the concept of Dyson trees.

Ooh, a very unique idea! Trees growing in outerspace is not something I've ever thought of. Very good article!

Nice article. My only suggestion is bigger font size. It is difficult to read now

Good call on the font size, I tinkered with the CSS there

Nica and unique take on terraforming of asteroids! Was an interesting read! 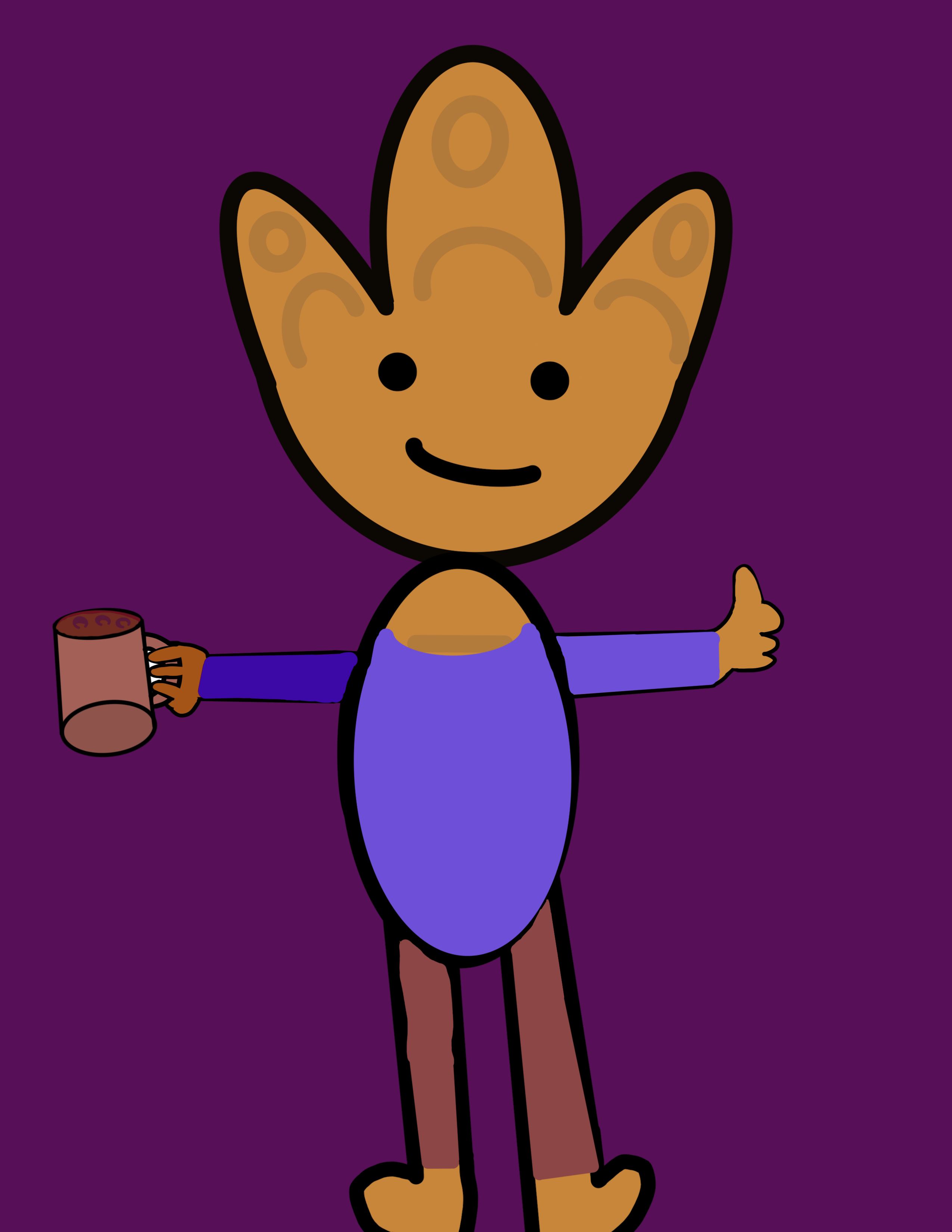 Hi, this article inspired me to read your other stuff and I love your ideas! :)

Thanks, glad you enjoyed it!

Oh wow this is great, I had an awesome time reading through this article (and learning about Dyson trees)! The art is really great too, it has a very nice vibe to it

This is a fascinating plant! I love the scientific details you have about how the tree is created. And I really love the idea of people being jealous of their tree's DNA :D   I love that you've added a schema, but I have to admit that it took me several read to make sure I had all the anatomy details correctly in my head, and I was not sure how to read the schema. (I must have misread a sentence during my first read and confused myself.) I think it would be clearer if you add annotations to your drawing to say which part is which (if you want to bother doing that).   Do you have an estimation of the number of such trees in existence? And what kind of size do they get/what population can they support?

The opening is really strong and I'm immediately fascinated by the comet-trees. It's enough of a hook to the context of the plant too that I immediately want to read about the cultures that use them. Using plants to great air tight habitats are really interesting, and I can just see how these would sprawl out into latched together space-cities. I've always been a big bio-engineering fan, so that hits that spot so well. :D   How do these habitats function inside when it comes to machinery and manefacturing? Or internal energy production? Or does the culture that use these use bio-engineering madness for everything else, too?   Really cool stuff!

Hey AntimatterNuke! This is a really creative idea, and I like your various scientific inclusions to bring some realism to the tree. My biggest question is if there is any "natural" behaviour of the tree to propagate itself between many smaller bodies in a similar space, or is it only grown by transplanting? My curiousity is, what would happen if it were simply allowed to "run wild"?

Wicked! O_O "Your mission, should you choose to accept it, is to steal cuttings from the following four Startrees, so my scientists can experiment with them and make me a perfect one." <-- First plothook I thought of with this.