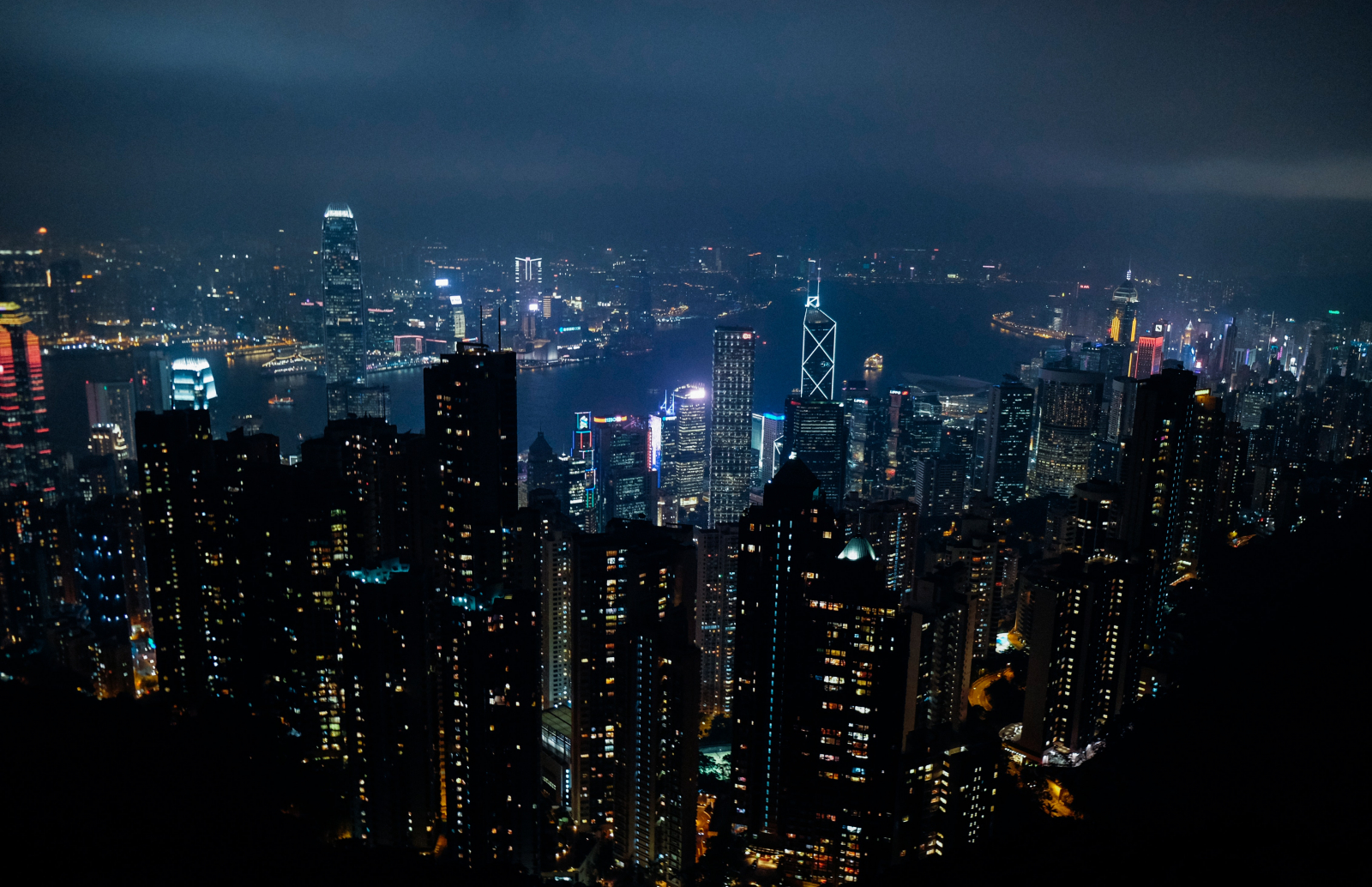 "In the beginning, before there was Anything, there was Everything, and the Everything was Dark, primal and endless.   And then, there was Light.   The Primal Endless Dark could no longer be Everything, but was instead split into multiple Somethings, tattered fragments of what once was; hiding where it could, in the deep places where no light ever touched, in the odd corners where light just never seemed to reach, ever-following the sun in the sky and skirting away from the artificial lights made by people.   People that know the dark know the Dark. Maybe not enough to name them, and those that name them never quite agree, but they Know them all the same. Miners know the difference between a darkness and a Darkness that will swallow them and a Darkness that will cushion them. Thieves know the difference between a darkness and a Darkness that will hide them and a Darkness that will reveal them. Night guards know the difference between a darkness and a Darkness that threatens and a Darkness that protects.   And sometimes, every now and then, someone is hurt in a darkness that is a Darkness, betrayed and sobbing, bleeding and gasping, shivering and choking, hurting, hurting, hurting, a part of them praying for anything that will help, anything that will ease the pain, stop the fire in their brain, the ice in their veins, the water in their lungs - and the Darkness, the Darkness, which is always, always there-   To be touched by the Dark is to miraculously survive. For the despair to abate just enough for common sense, for the wounds to stabilise just enough for them to make it to the hospital, for the cold to be held at bay just enough for them to stay alive. And the Dark stays within them. And the Dark grows.   Be wary of the miner that was brought out alive of a cave-in when he should have run out of air, whose warnings get more and more accurate and more and more common. Be wary of the guard scraped off of the ground, who survives to get more and more obsessive, more and more protective, of their beat. Be wary of the boy in a coma for months before suddenly waking, eyes always on the horizon as he gets more and more twitchy, more and more eager to get on the road.   One day, it will no longer be them looking out from behind their eyes." The Legend of the Primal Darkness, ver. spoken by Phoenix.

A piece of Primal Darkness is drawn to beings close to death and within their reach, taking advantage of the weakness to slip inside and bypass already struggling immune and respiratory systems. It will then use the healing process to intergrate itself closer to the body until the immune system no longer recognises it as a threat.

A Dark can, as the name implies, only be made in the darkness. There are some places where the risk of attracting the conditions and attention for a Dark is much higher. Mines have historically been some of the most common places to end up as a Dark, though storage places such as silos, natural caves, and shady forests are all places where Dark infection is relatively common. In the modern day, megacities are also often hosts to multiple aspects of the Primal Darkness, and therefore people there are at risk of infection.   Much like a Dark spreads through a body like a fungus, it 'reproduces' like one. A piece of Primal Darkness will grow inside a host, using the body to hide it from the light while it increases its mass. Then, once the host dies, the greatly increased Primal Darkness will be released in the area and be able to wait for a part of it to find someone else to inhabit.

Stage 1: Infection   Symptoms are at first benign and even beneficial. It is likely that people prone to sickness or injury will be the first to notice their boosted immune system or slightly faster healing, after enough time has passed for the Dark to get a proper footing. People can get by on less sleep and eat foods that would normally make them sick. However, those already prone to derealization or dissociation may find that heightened, and those that have never had it made start experiencing it for the first time. People might also find themselves struggling with minute but obsessive desires or strange intrusive thoughts. Some start to develop Sight during this time, sometimes making them think they're hallucinating. A number of people afflicted with the Dark will find themselves diagnosed in the human health system with psychosis or OCD disorders.   Stage 2: Realisation   Healing gets to a point of noticeably inhuman speeds. Beyond this, the afflicted will start to become directly aware of the Dark growing within them due to sensations within themselves. Their bodies start being able to move like they shouldn't, especially with greatly improved flexibility. Many start to lose time as their actions don't fulfill the Dark's needs and it takes temporary control to do as it requires.   Stage 3: Consumption   It becomes nearly impossible for the Dark to be killed, and can only be managed by causing more damage than it can repair before it finds somewhere lightless to hide. Differentiating between the host and the Dark can become near impossible as they bleed into each other or the Dark consumes them entirely. The physical form becomes more of a default suggestion than a necessity, the Dark having spread enough through cells to be able to essentially reform the body in whatever way it pleases, able to create eldritch shadowy appearances if it chooses.

There is no real treatment once afflicted, though prevention seems possible with the right magical precautions. Some magical charms and rituals have been recorded to help slow the spread of the Dark down, but they grow less effective with each repeated use, and the physical spread is impossible to stop unless somebody is killed before the Dark can entirely consume their body.   Selina Grey has seemed to be able to achieve something of a symbiosis with The Guarding Dark, with it affecting but not overriding her. It is worth noting that she has the protection of a god also sharing her body and mind and the alliance of another demi-goddess who specialises in magic, but her approach seems to have been working for the budding Ryan West. A mix of magic and mental techniques seems to be necessary to manage this. Specifically, magical charms geared towards psychic protection and careful compartmentalisation and mindfulness techniques.

To become afflicted by the Dark, or as a Dark (parlance varies), is described as being similar to a fungus growing through the body. It can take a number of years before the changes are enough for the afflicted to notice, and even more than that for it to grow dangerous. While there is little belief in it being a survivable condition in the sense of the host remaining conscious and in control, being a Dark ironically makes it much easier for your body to survive. There have been some instances of people managing to come to a sort of agreement or equilibium with the Dark, it not only changing the host but the host changing them. This does tend to be very difficult so is not widely considered possible.

While Darks can form from any animal, technically, they are most likely to take root in humans due to there being a higher number than Old Races, and humans being a bit more useful and larger than most animals. While it is not necessarily possible to be an unaffected 'carrier', some people have such slow-growing Darks that they never really notice it, and though it's also not necessarily contagious if one person has a Dark then it brings attention to people close to them, making them more likely to also end up hosting one.

The story of the Primal Darkness is as old as language itself. Similarly, myths and tales going back to 4000 BC seem to be in reference to people that have become Darks, but few people are aware of their existence in the modern day. They have inspired many legends of demons and dark spirits possessing people, and while it is impossible to tell for sure, a number of historical figures are suspected to have been afflicted by Darks to an extent. Rather grimly, this includes a number of saints and numerous warlords and serial killers, the most famous of which is Jack the Ripper.

Darks are almost universally feared when people are aware of them, which is understandable giving how dangerous they can become after a few years. It also makes them unpredictable, since you never know which type of Dark you're dealing with and if they're territorial or something will set them off. The fact that many people's consciousness is swallowed entirely by the Dark as it grows tends to make people feel pitying, and that destroying the afflicted before this can occur is the best possible thing for them. 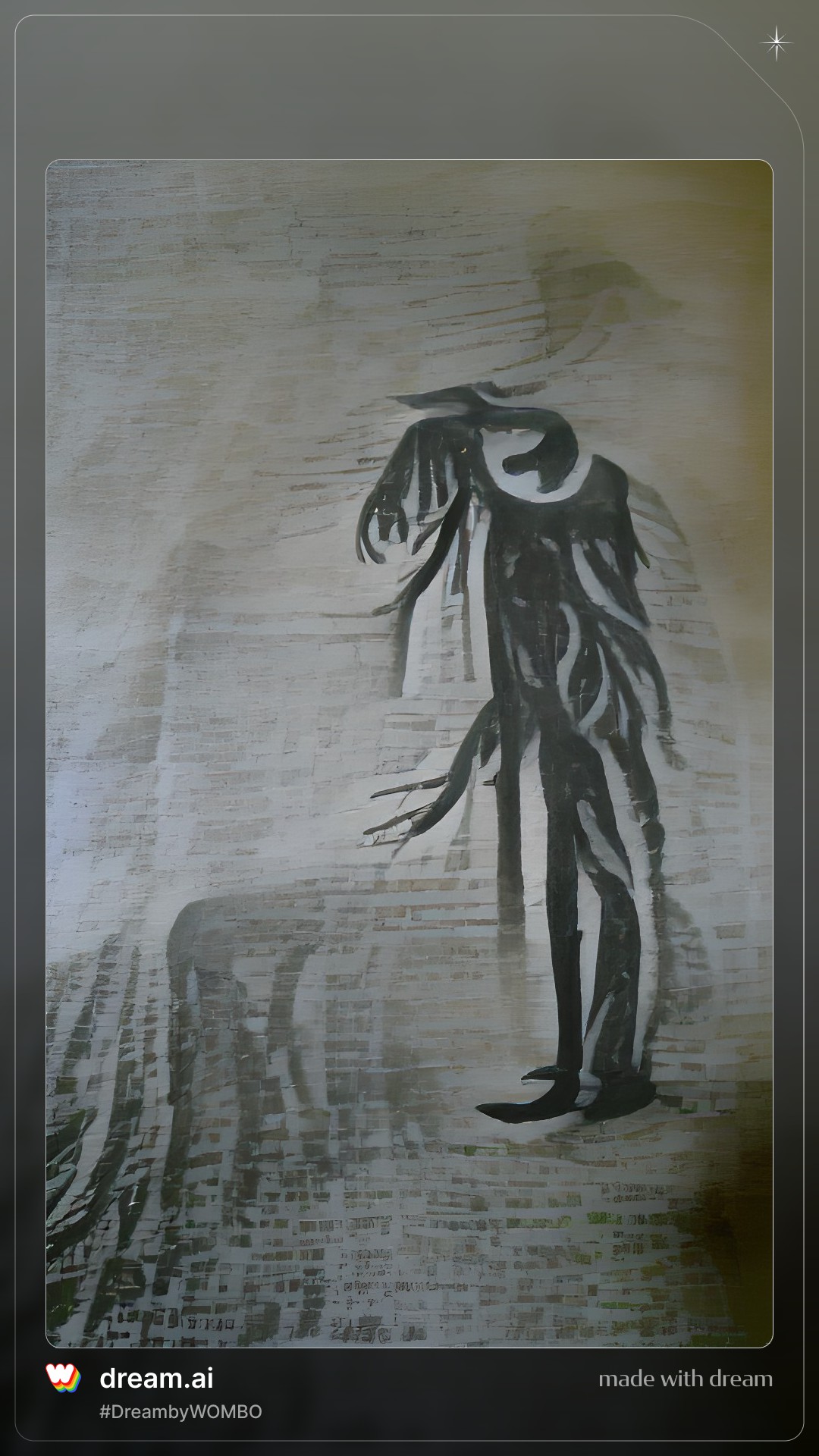 Type
Supernatural
Origin
Magical
Cycle
Chronic, Acquired
Rarity
Rare
Known types of Dark
Note: the use of a term Dark can be used very interchangeably, and can be used to refer to a piece of Primal Darkness, it's host, or the condition of a being having a piece of Primal Darkness growing in them. For most people aware of them, there is no point in making a distinction.

Disclaimer: This is meant for my own fictional world for my writing, not for RPG purposes. However, if a concept interests you, feel free to ask me to flesh it out for an RPG system or use the concept yourself!   Global cover image is from Pexels with free use licence.
Cover image: by Patricia Lazaro
Article template
Condition
World
Pantheon Champions
Author
AmanitaCynth
Publication Date
17 Dec, 2022
Creation Date
13 Dec, 2022
Last Update Date
17 Dec, 2022
Visibility
Public
Views
61
Favorites
5
Comments
4
Work In Progress

It hurt to read this. Not that anything was wrong -- just the opposite. I enjoyed your article very much -- it's just that I felt, in more than one moment -- that I was affected by the Primal Darkness in real life.   That spooked me.   The way you describe it, "And sometimes, every now and then, someone is hurt in a darkness that is a Darkness, betrayed and sobbing, bleeding and gasping, shivering and choking, hurting, hurting, hurting, a part of them praying for anything that will help, anything that will ease the pain, stop the fire in their brain, the ice in their veins, the water in their lungs - and the Darkness, the Darkness, which is always, always there-" ....reminded me of my depression times.   Well done. Scary and all too real to me, but well done! 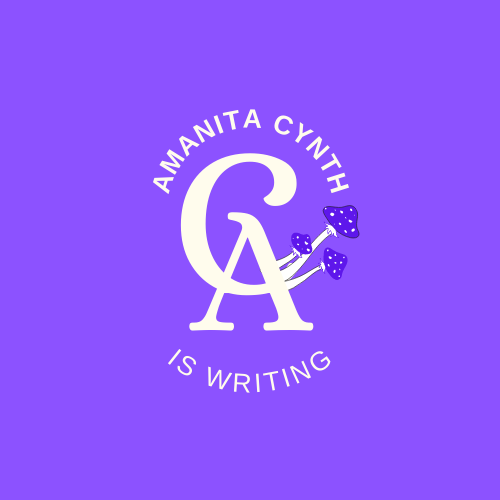 Thank you very much! I wanted it to have this weird mix of clinical and mythical, and the devolving nature of that sentence was very deliberate. It's pretty analogous to bad mental health disorders in a lot of ways when I write it, so I'm -- well, glad isn't really the right word, but satisfied, I suppose, that it felt so familiar to you.

Scary, to think of yourself taken over by something no one else can see. It scared me in Candyman, scares me here.

Having written a piece where dark and light were inhabited and differentiated by capitalization, I recognize the craft and skill in this beautifully written article. Lovely work.

Deleyna - Check out my latest work at The Spaceport to see what happens when an alien walks into a bar...