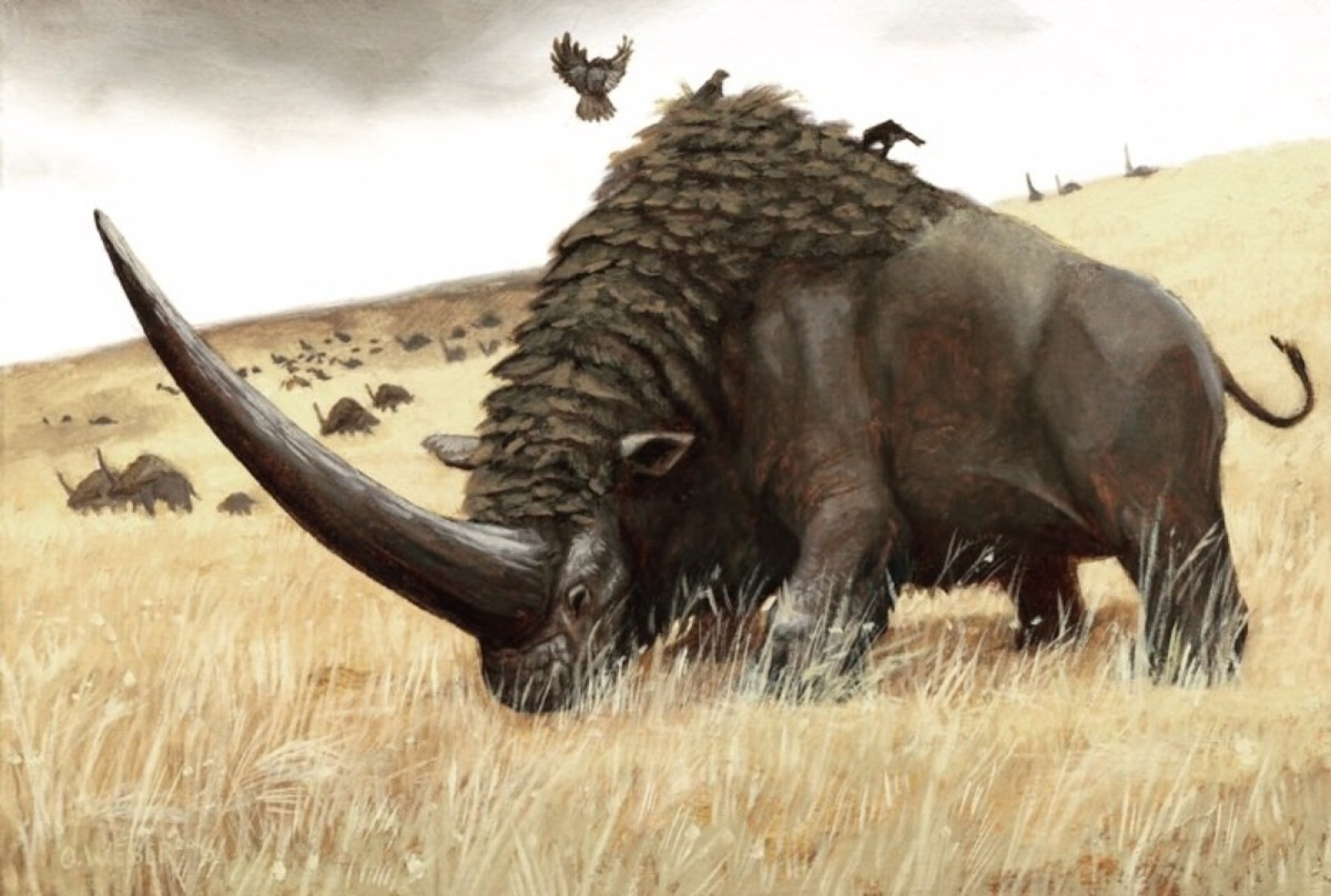 Steppe rhinos are massive herbivorous rhino like creatures. They have a single massive horn on their heads which they use to fight of predators.

Steppe rhinos have large bulky bodies with a similar shape to normal rhinos, although they have larger backs and are covered in brown fur. They have a single massive horn on their head, this horn is far larger than any other rhino horn.