Elvish script is written from top to bottom, then right to left. This writing system is used by Elvish, Undercommon, Deep Drow, and Sylvan.   Each phoneme or "letter" has four components: two shapes, and those shapes' orientations. There are three possible shapes and two possible orientations. The shapes are referred to as "leaf", "rose", and "thorn", while its possible orientations are referred to as "left" and "right".       A leaf is a long, thin loop. A rose is a small circle, usually smaller than a leaf. A thorn is a sudden sharp angle. In most Elvish dialects, a sentence is referred to as a vine.

A curved "S" shape is put in between different words. If a sentence stretches too long and must be continued on the next like, that line will end with this "S" shape and the next line will begin with the same "S" shape. To the left is what a sentence written in Elvish Script looks like. If you want to translate a sentence into readable phonemes, you should start by grouping up the individual shapes into groups of two. Because each letter composes of two shapes, there should always be an even number. Using shape/orientation notation, you can mark the pairs, then reference the above table to relate it to the correct phoneme.   If you count correctly, you should see two words. This phrase should have 14 shapes in the first word, and 8 shapes in the second - meaning that the first word has 7 letters in it, and the second has 4.

Once you've grouped the segments of shapes together and found what phoneme relates to each of them, you can then check what it means in its dictionary. However, you still have to figure out what language or dialect it is in. You could do so using the context of the situation - for instance, if you see this writing while traversing the Underdark, you could most assuredly assume it is written in Deep Drow. However, the writing to the left contains a phoneme that isn't present in Deep Drow -- RRRL, or "b". If you find a letter not present in one language, that is a pretty good indicator of what language you're dealing with. From then it's just figuring out the dialect. Deep Drow is easy - it has no written dialects, as High Drow is only a verbal language. However, Elvish itself has quite a few.   For this exercise, assume you found this script in an inn, written aside multiple other scripts. You could assume then that it's written in Standard Elvish, because if it's in the context of other languages it is meant as a translation that can be read by anyone with Elvish knowledge, and translations are always written in Standard. Knowing this, you could search for "trugnob krath" in the Standard Elvish dictionary. 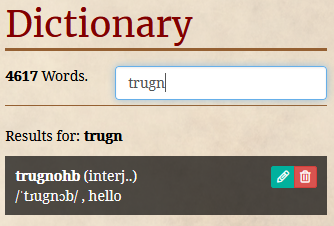 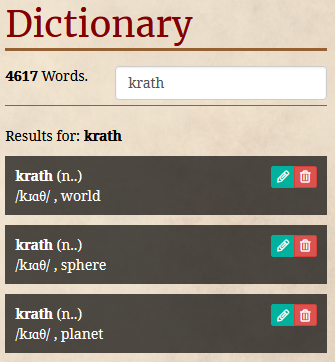 ... And if you've ever programmed anything, you'll know exactly what this phrase means -- Hello World!

* keep in mind, this is just an approximation of what these phonemes may actually sound like. to get a full idea of what the sound is, click the links included.

God that is an insanely cool script, it looks amazing and I love the idea!! God that is so cool. Amazing

Thank you! Believe it or not it happened totally by accident while I was doodling in cursive. I decided cursive would be more readable if everything had a distinct shape - and so this was born!

Wow, this is incredibly cool! A great idea for a writing system - it looks unique and interesting, and the construction of the phoneme shapes follows an elegant logic. I also love that you walk us through a detailed example of decoding a vine.

Thank you! Elegance was my goal. It's the script for Fey and Elven languages, both thought to be mysterious and graceful, so I thought the idea of a rose vine being a writing system would fit that theme quite well. Thank you for your comment! ^^