The idea of a mechanical telephone is somewhat of a new invention in this world, as most mages use telepathy and most other people were content to use pigeons or signal fires or letters that tried to eat you. Another reason for this apparent lapse in communication technologies was the Handset Sapsucker, as it is called in the modern parlance.   There have been many names for this plant, and Handset Sapsucker is the term we use now. The first part is a clear reference to the telephone technology that overtook the somewhat awkward HS abilities. The second part comes from what it eats, which is the sap of trees and plants around it, slowly absorbed into the rest of it. This effect is so mild that it doesn't even harm the plant nearby, unless it is already weakened by something else.

The primary function of the Handset Sapsucker (hereafter abbreviated as HS) is as a long-range communications device. As detailed in the "Genetics & Reproduction" section below, the HS attempts to assimilate all forms of life into itself, mostly not succeeding. What it does is create a temporary link to the hive mind of the plant, thus connecting someone to all others who have been exposed to the sap.   As such, the early settlers liked to use it to connect with the outside world. With very little practice, one could locate and converse mentally with anyone who had connected. It was not a terribly private form of conversation. It has been likened to talking in a crowded room. It is simple enough to talk with the person you intend, but if someone else wished to listen it was simple for them as well.   It was not terribly reliable, in terms of making sure that the person you wished to speak with was connected at the same time as you, but it was easily wide-spread, and it sufficed until more technical forms of long-range communication were developed.

In each of its iterations, the HS is rather like a tulip in appearance, except stickier and with small warts on the leaves containing the sap it uses to attempt to propagate.

It really doesn't reproduce properly. It is assumed by most people that this plant originated as a failed magical experiment and was never intended to last very long. But the Handset Sapsucker has proved to be most resilient. It does not spread seed pods, but rather seeks to assimilate all living matter around it into itself, to become part of the whole. It does this by leaking a viscous sap onto everything it touches. This sap then attempts to break down the creature it is in contact with and link it to the HS.   Unfortunately for the HS, it is not very effective at doing this, and has not managed to adapt this ability to be more effective. The only plant that this process actually works for is the tulip, and then only some of the time. For most other people and plants, it provides a temporary link to the collective mind of the plant, until it fails. As the plant is not intelligent, you will more likely find someone else's mind within the broad mental plains.

There is, in essence, only one Handset Sapsucker in existence. While it does not bear the interconnected root system of some forests, each scion is psychically connected. As such, one might say that its sensory perceptions are spread across a vast network. How exactly this sense works is unclear, because the Sapsucker hardly uses it effectively, so most people doubt that this is sensing in the way that we might term it.
Conservation Status
Shockingly common when one considers how badly this species does at propagating itself.

Remove these ads. Join the Worldbuilders Guild
Not Sentient
In response to the prompt Create a plant species for your players (or main characters) to interact with - a trap, environmental hazard, or even an attacking creature in your world! 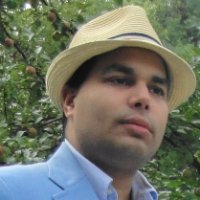 Wow! A very creative idea to have a plant-based form of telepathic communication.