The Endless of Deals

Have you ever heard the legend of Deacon Howle? The "Devil" of Tantallion? The Endless of crossroads deals? I was told he died centuries ago. That he was murdered and hung from a tree on the road to Korroc Vahl' after winning a game of chance with Zarada Wu's great grandfather, Zolmek, that no man could have ever won. Deacon Howle had an uncanny luck about him that not even the Endless would claim were a boon they alone could bestow. He never lost, not once, but never sought to use his streak for outrageous fortune or undo fame. Howle never gambled more than he could afford. He never took more than what his opponents could give. He often traded whatever fortune he might inherit for favors instead of gold. In fact he seemed to never prize coin, and none can recall him ever having much to his name. They say that before Deacon Howle met his untimely end he was caught in one great game of chance with an elderly woman who had strode into the Root & Mineral some fair night. She wagered immortality, and he wagered his luck, and for the first time in his life the game was a draw. The next night he met Zolmek, and well... you know the rest. The thing is, Deacon had gained a huge reputation from all his bartering and bargaining... an ambiguous honor that was admired and respected. His death didn't sit well with the community, and perhaps out of solemnity gamblers started going to that crossroad where his bones hung from the tree, and they kept playing games of deals with his spirit. When the crows had all but scavenged the flesh and the bones had bleached white and begun to crumble into dust... they hung a Straw Man from the tree, and gambled with it instead..."
— Simeon Belclaire

It is said one can contact the Straw Man by placing a reliquary (often a lead or tin box) at the center of a crossroads with a vestige of mortality placed within (such as a lock of hair or a fingernail).

The Straw Man is said to always act fairly in its deals. It will not exchange a bargain without an equal price being paid for what is given... however, its mortal-like ambitions and desires means that it is free to choose a price of its own for what is being traded.

The Straw Man is said to wear a wide brim hat to obscure its features and cloth that covers its skin. When eating the "essence" of its deals, witnesses were said to have briefly seen a pale blue tongue lap from between these dark folds as it drank power from the world.

The Straw Man is perhaps one of the most dangerous entities in the world of Orr. Its very existence brings into question the validity of the Endless themselves. The Straw Man is named because it acts with mortal ambition and emotion but without mortal grace or spirit. It, for lack of better understanding, pretends to be mortal and feigns interest in worldly affairs, but wields god-like power. It presides over no domains of divinity, nor holds anchors in the fabric of reality, and yet can influence, affect and destroy any part of those spheres that pertains to its deals. The Straw Man's power is limited only to what is being bargained for, and what it deems is a fair cost. This has lead to events of unbridled chaos in the world of Orr, for The Straw Man does not discriminate in its dealings. So long as a fair price can be paid, as long as what is given and what is taken are of equal value, The Straw Man can make, or unmake with impunity.   Some skeptics have often wondered... what would the Straw Man ask in return for the destruction of the world, and if there were a price that could be paid, could it indeed destroy it? Could the Straw Man kill its fellow Endless? Could it smooth the mountains into fields? Boil the sea? As absurd as these inquiries might sound, there is indeed an event that inspired them. In the third era, a shard of Orr's ring fell from the sky and annihilated the city of Tallex in Dalair, and at the same instant, on the continent of Infidia, a thousand slaves belonging to the Sultan of Samur-Shadel died at once and without cause. In the ruins of Tallex, investigators of the Magisterium reported a sighting of man with a wide brim hat vanishing in the smoke and cinder. The unknown figure was the only sign of any survivor of the event.   Such inquiries have lead towards the destruction of the Straw Man.   To kill an Endless, one must remove them from the world. Any who have known their name must... be eliminated. All sigils and writing of such a being must be destroyed. The Endless must be, for lack of better word, eradicated from the face of Orr. If even one vestige of its power remains... one artifact... one believer... one drop of blood upon a knife made in bargain... The Endless remains. Perhaps powerless... dormant... but alive all the same.   The destruction of the Straw Man was undertaken by a combined effort of King Drin, the Ravenguard, and the House of Umbra in Iskandar. This was a secret treaty between those nations, and conducted exclusively by followers of Zalimund. All those who had memory of such a being were put to the sword. Libraries were burnt. Crossroads were dug up and relocated.   The Straw Man is dead... its power and its bargains removed from the temptations of mortals...   Or so the great nations of Orr would hope.

The Straw Man is unique among the Endless in that it holds mortal ambitions and wants. This makes it incredibly dangerous, for it walks and acts in the Prime Material Plane with callowness and schemes without mortal spirit or grace. 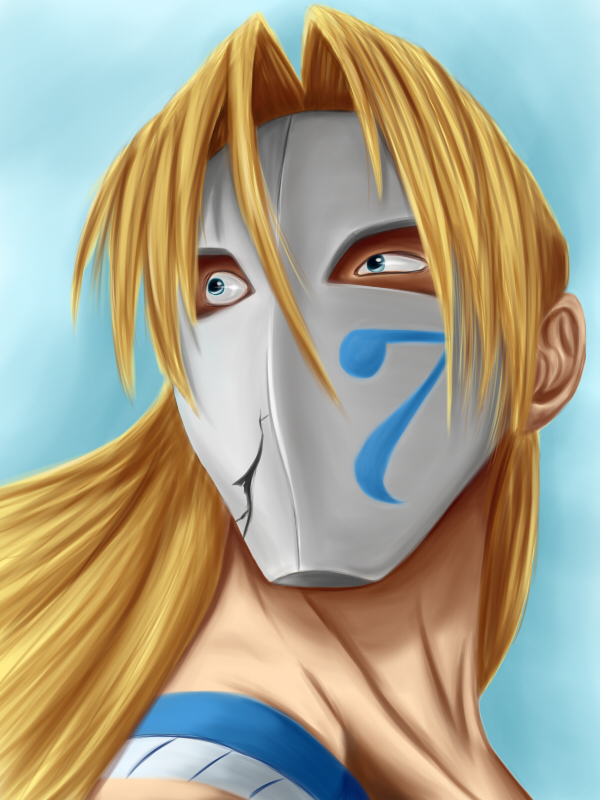 I think this is really cool. The story of the straw man has a twilight zone feel to it. Great article! I was disappointed there wasn't more to read. i would love to read a short story about someone making a deal with the straw man.