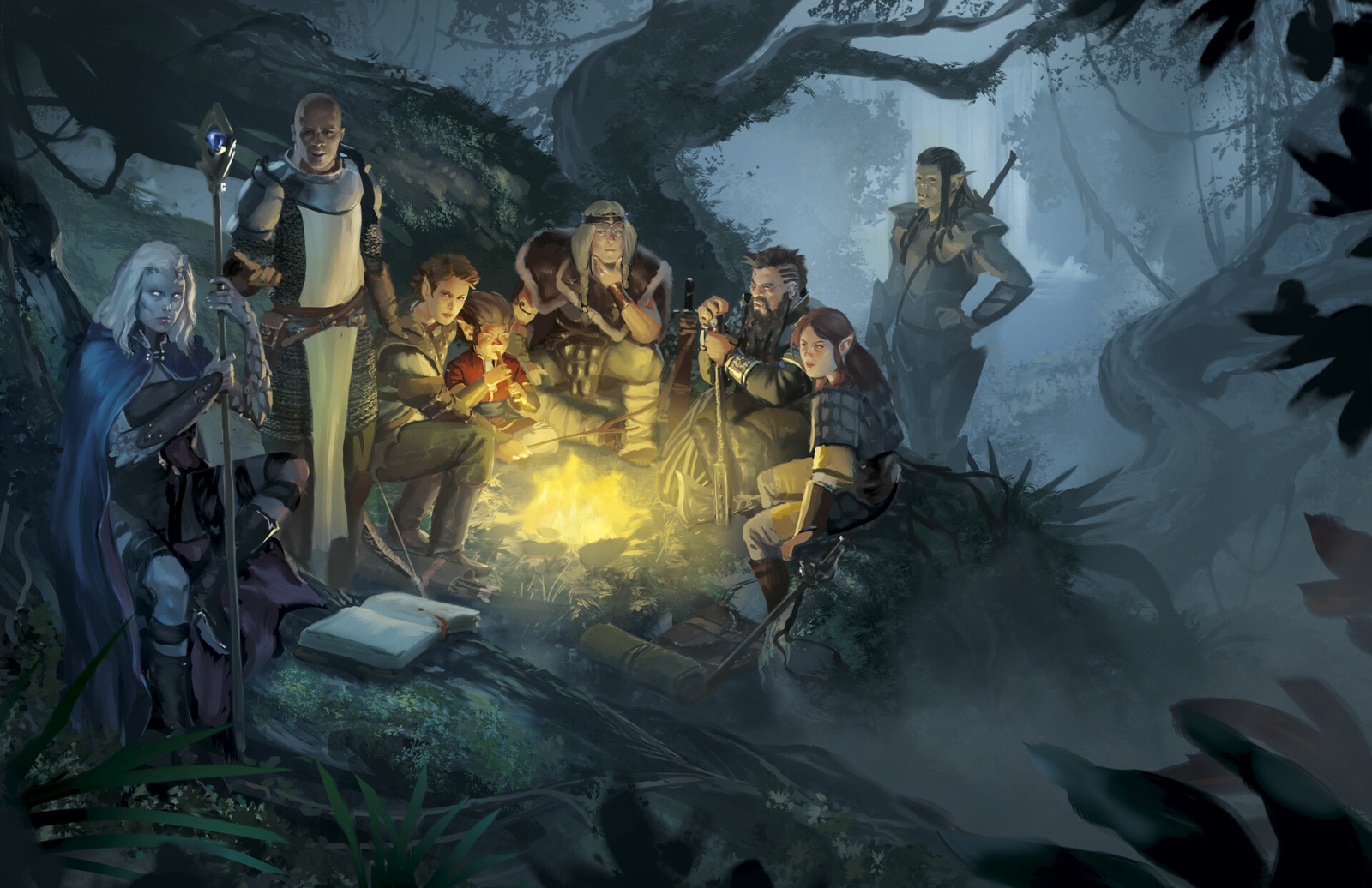 "And we should open the doors of our realms to this... 'society' in hopes that they might serve the common man more diligently than our own governments? Our own knights? Our own powers of order?"
~ Shalidor, Viscount of Aarunsurlye
Precisely.
"You have met these... so called 'Pathfinders' during your tenure as the luminary of the Marigold Merchant's Guild in the Freelands, is that correct, Mr. Morpheon?"
~ Azrael Errancar, Dragonspeaker of the Magisterium
I beg your pardon, Dragonspeaker, but you may simply call me Holland; But, yes, I have met them, and known them for a number of years.
"What virtues do these individuals display that our enforcers, and men-at-arms do not?"

~ Drin, the King Eternal
They are the finest men, and women that I have ever known. Their skills are extraordinary, and their bravery is without equal. They are not only exceptional individuals, but as a group, capable of feats undreamed of. They have done what armies, and knights alone could never do... Now they seek to help the realms. Now they seek to create a society of heroes that might safeguard the ages to come. You may see them as only adventurers, mercenaries and profiteers of misfortune, but had you known them as I have known them, you would understand that they are champions, and their purpose is to help the world of Orr.

~ Notes from the Treaty of Adventure, 5108AR

The Pathfinder Society began as a group of individuals exploring the Marigold Realm, and helping the citizens of Tantallion where their small guild was based. Even in those early days it was clear that these individuals possessed skills, and apptitudes of heroic quality. They quickly became well known throughout the Freelands, and established themselves as community leaders. Many of their number joined the Braves of Tantallion, and assisted the city in growing and prospering into a true capital.

The feats and achievements of the first Pathfinder Society are numerous, but the events that have become legend and which they are most known for in the Marigold Realm are thus:     Their guild consisted of: 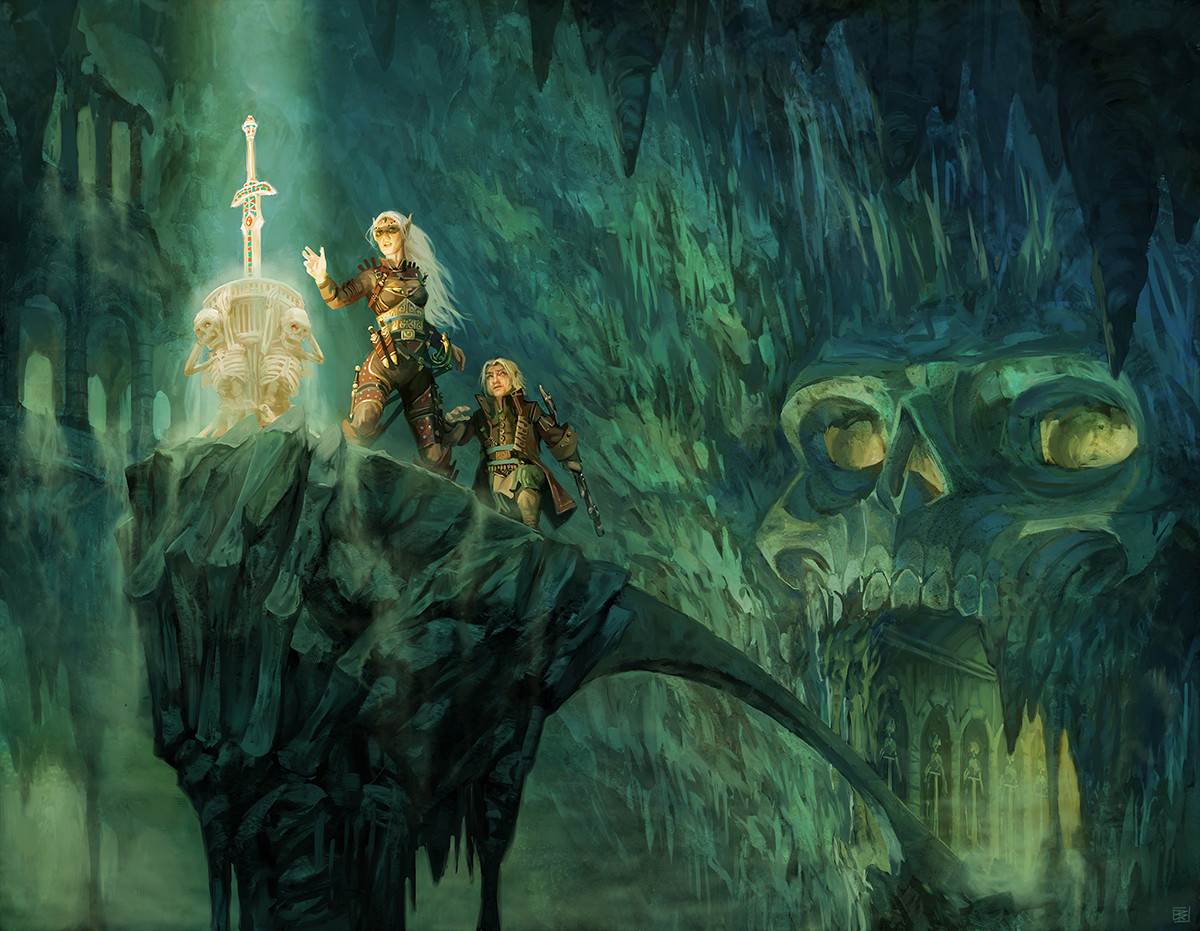 Mythic Magic Items by Denman Rooke
The members of the Pathfinder Society are organized and lead by Chroniclers. These individuals are responsible for creating meaningful trials to test new iniatiates to the guild, and of course inducting them officially into the society should they prove themselves worthy. The Chroniclers of the society are also responsible for gathering the stories of the Pathfinder's adventures, and quests to be scribed into historical record. This serves several purposes, the first and foremost being that the guild's actions and accomplishments often leads to the adoption of new, and powerful enemies which the society must be prepared to face. Artifacts, and treasures recovered by the guild may also pose such a threat, or be of such significance that they must be destroyed, sealed away, or researched to understand their true purpose. Should the guild fail in one of its quests, the writings of the Chroniclers can be used in order to prepare the band which must follow in the footsteps of their fallen brethren. The Chroniclers also act as treasurers, and in some cases diplomats, in order to request and receive funding for the guild's efforts, or to negotiate matters of dispute between the guild and the sovereigns of the realms. Chroniclers are the unofficial 'guildmasters' of the society, and see to all the necessary arrangements of their branch, while communicating with the other guilds of the society, and reporting to the Pathfinder guildhall in Tantallion which is the official base of the society.

The Writ of Adventure

Rise of The Dragon Chapter Breaks by Javier Charro
In 5108AR, nearly a century after the first Pathfinder Society had been formed and disbanded, the remaining members reached out to the soverign powers of the realms, requesting a 'Writ of Adventure' that would allow the Pathfinder Society to establish itself within their borders, as a neutral mercenary force. Masiro, the Chronicler of the first society, and Holland Morpheon, the luminary of the Marigold Merchant's Guild, were chosen to act as ambassadors once the powers of the realm agreed to form a council. The Magisterium were the most difficult to convince in adopting such a treaty, but after several months of discussions the sovereign powers agreed to the Writ of Adventure.   The Writ simply states that the Pathfinder Society may pursue their quests, and adventures throughout the world of Orr without interferance from local powers, and governments of the realms. So long as their missions remain nonpolitical, and do not intercede on matters of war, or the government of those nations, they are beholden only to their own codes of coduct, and cannot be imprisoned, or put to death by the soveriegn powers without fair trial. While this does, essentially, allow the society to operate with impunity throughout the realms, the signing of Writ required that the Society establish a code of conduct, and ethics which the soveriegn nations could bring to trial in the event that a member of the society should stray. The Writ also allows the Pathfinder Society to train mercenaries, and adventurers in arts of warfare, and sorcery. This matter of the Writ was highly debated, and the primary reason why even today there are many who wish to see the Writ revoked.   Each member of the Pathfinder Society is bestowed an icon of the Writ, in the form of a magical badge, to prove that they do belong to the Society. These badges are magically bonded to their owners so that if they should perish, or the icon be stolen, it shall not grant the protections of the Writ to an undeserving party. Should a Pathfinder stray from the codes, and conduct of the guild, the badge can also be 'deactivated' from afar by the Chronicler of the adventurer's guildhall. 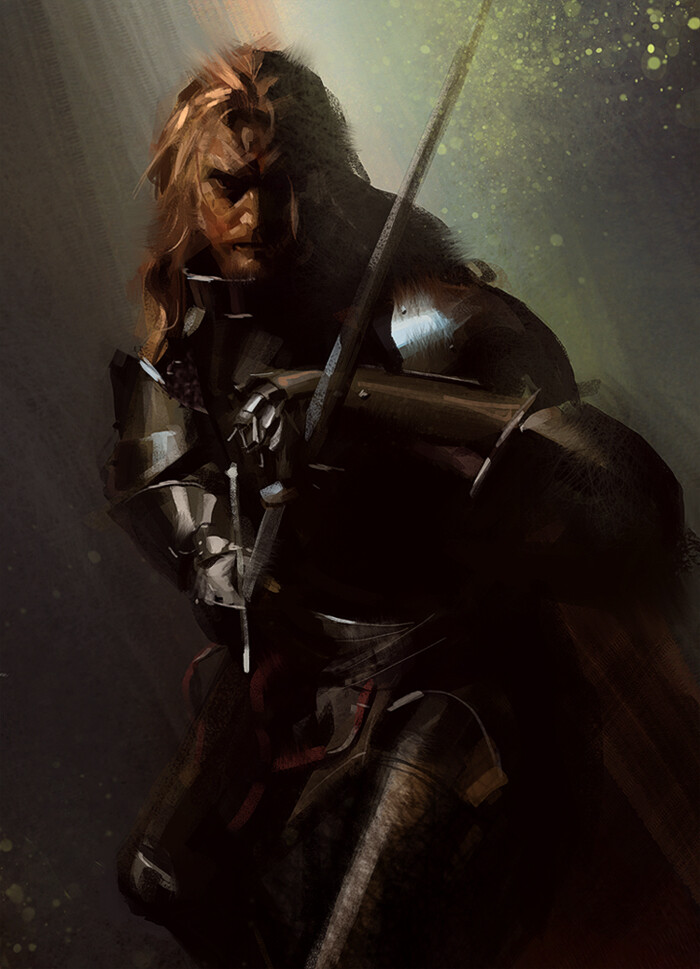 The Knight by LiXin Yin

"The guildmaster of the Pathfinder Society is Targon Beauclaire, a half-elf paladin, and follower of the Endless, Kassandir. Targon was a child when the original members of the Pathfinder guild took him under their wing, learning the merits of honor, valor, and justice from those extraordinary individuals. He is considered by many to be the greatest hero of the fifth age."
— Holland Morpheon, the Blue Dragon