The winds of magic in the world of Orr course through the very fabric of the Prime Material Plane, infusing all living and nonliving things within their stream. These winds are what connects the greater cosmology of the universe, for the planes overlap and rest over one another like nested matryoshka dolls. Where there are places of power upon one plane the winds may carry its essence through another to reach it. Often this results in what the Druids of Orr describe as a Leyline, or a path of primal power. All beings are drawn to such Leylines and many cities rest upon where Leylines intersect without their original founders realizing what drew them to that site. The influence of Leylines has governed the Prime Material Plane since time immemorial, the very world itself shaping around the diagram of energies transferring through the Planes.   Particularly powerful Leylines or those that, for any number of reasons, flux or flash with an unexpected great energy can sometimes produce amazing after effects in the Prime Material Plane such as the creation of a Planar Foci vein.   Planar Foci are brilliant crystals infused with the energies of the plane from which the Leyline draws its power and are highly prized among mages. Their name coincides to the fact that with such a crystal one can directly draw elemental and magical power from the plane of the crystal's origin and with such a crystal planar travel is an almost trivial affair. 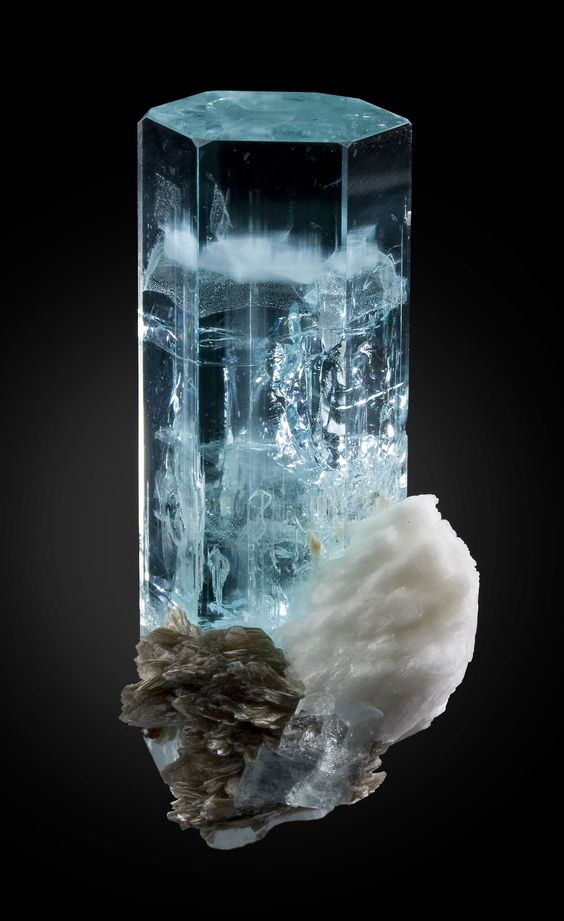 Example: A Seawave Tanzanite crystal infused with the planar energies of Aquillaeon.

The physical characteristics of a Planar Focus Crystal are determined by the vein of minerals which the Leyline might effect. Often the vein is infused with such power that the growth of the gems in question are increased and their crystallization yields more pure fragmentation. Because a Planar Crystal is only slightly more distinct than a gem of the same composition mages have developed a number of techniques related to isolating these facets and determining of which Plane the gemstones are attuned towards. One such method is called Harmonization and requires the experimenter to subject the gem to various elements corresponding to the Planes themselves. This can be as rudimentary as holding the gem over a candle flame to determine if its planar origin is Domunigni (The Plane of Fire) but as difficult as obtaining Demon Sulfur in the case of a gemstone infused with the planar energies of Hades. In the realm of Dalair and at any truly prestigious academy of magic mages have long traded their services and difficult to obtain Harmonizing components to those seeking to determine the origin of rare Planar Foci. Such a service is highly sought for these crystals are critical elements of creating especially powerful arcane foci and staves.

The appearance of Planar Foci Crystrals is unpredictable as it requires not only a Leyline of power but the natural minerals to be present, and for enough time and energy to course through it to infuse those minerals. There are several known veins in the world that reliably produce Planar Keyshards over time that have become synonymous with the stones as mages have come to rely on them more and more. One such vein exists in the Lion's Eye Mountains of Infidia and belongs to the Sultan of Yunsharait. So sought after are the gems that the Sultan of Yunsharait has been the subject of numerous assassination attempts by his fellow sultans and the nobles of his court. The gems have made the region extraordinarily wealthy, but their mining has also perturbed the native clans of the Aarakocra and Kenku whom revere the crystals and the mountains from which the deposits are mined from as sacred. Other notable regions where Planar Crystals appear in abundance are the Cascade Mountains of the Freelands, the Skybeyond Summits of Nausica and the Jotun Mountains of Aardwulf. There is speculation that the greatest deposits of these crystals are very likely to be found far below the world in the vast abyssal expanses of the Underdark and the seabed of the Sea of Mithris. 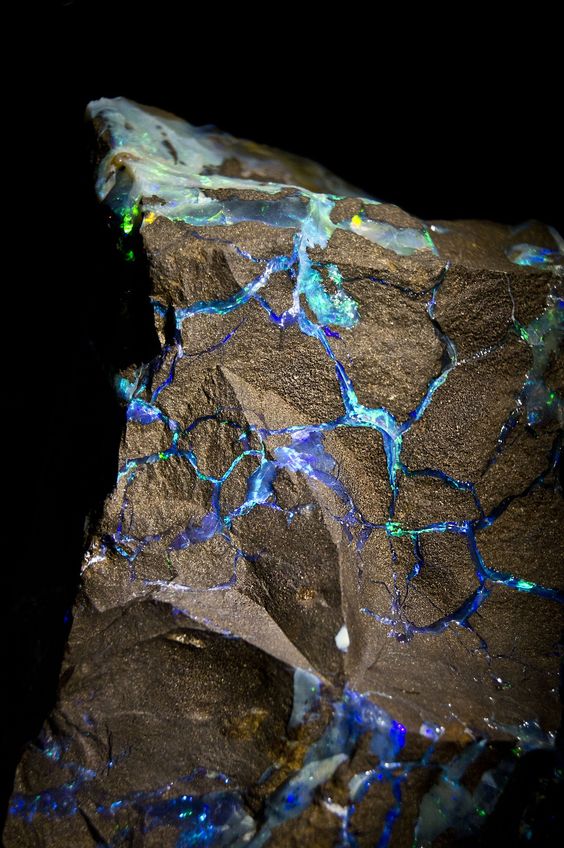 The first Planar Crystals were imbued into the staves of the first order of mages to lead the Circle of Nine. These Nine staves were craft immediately after the Cataclysm, and the foci were soaked in such extreme ambient magic from the sundering of the planes that it's said the Circle had the power to move the oceans, mountains and heavens themselves through the magnification of their sorcery alloted by these gems. It is even rumored that Archmagic, or Ninth-Circle magic as it is more commonly known now, was only conceived through the power of these original stones. So revered were these focuses that it is no small wonder why other mages began to seek them, hoping to ascertain even a penchant of the power these crystals possessed, but as time ebbed on no event in the world of Orr has been powerful enough to imbue a similar set of foci.

Planar Foci Crystals have become so integral in the process of enchanting and even rudimentary sorcery that obtaining them is not at all difficult. They can be found in nearly every market and bazaar the world over, but to obtain truly powerful foci one must seek true aficionados of magical wares or obtain them from their source. It's said the last truly magnificent stones from the time of Cataclysm can only be obtained in the City of Brass for a price that few mortals can afford. 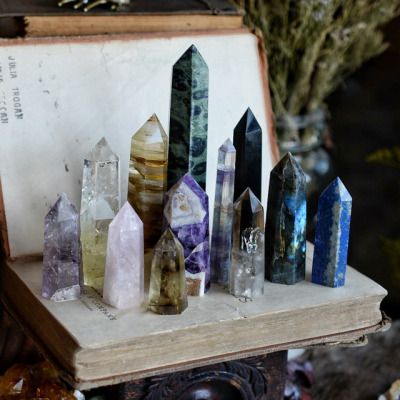