Like other essential elements, magic exists at the very heart of the Webweaver's Universe. While the learned and the prophets argue or debate what it is and where it comes from, magic is far-reaching and extensive, but also finite... It exists on each of the nine worlds effected by it, with Orr being at the heart of that influence. However, the further away one travels from any one of these nine worlds, the more diluted the magic becomes throughout the universe.

Historically, the nine have been compared to eight spokes on a wheel, each one like a tunnel which leads back to Orr as the central hub, and while this observation may be metaphorically close to the actual model, it fails to take in account the [currently] immeasurable occupied space in between each of those "spokes". There are, in fact, whole galaxies filled with solar systems in the space in between. It is then suggested that these galaxies are caught up in the magical filament, or "weft" between the "warp". The scale for this filament is incalculable, but, for the sake of argument, it is assumed that these wefts or leylines, as they have been dubbed, are not only capable of connecting the universe together via rifts, they can also transmit some amount of magical energies to the worlds where they cross and intersect.

For hundreds, maybe even thousands of years, exploration of the Nexus has been stunted, likely by the growing understanding from native occupants from each affected world, as to what these open rifts truly are — conduits into whole new worlds, and most of them far, far beyond the world and solar system early travelers were familiar with and knew. That understanding eventually expanded and with it, the growing possibility of exploitation from other, foreign civilizations.

Whether or not it was a collective effort, citizens from each of the nine most effected worlds, where magic is most prevalent, actively took precautions to control and maintain their other-world borders. There is, in most cases, evidence of conflict. For instance, there are episodic ruins that appear to be whole civilizations laid out to extinction all throughout Orr which no one has record of, but that are very consistent throughout the Everwild, where the predominance of fighting appears to have taken place. Granted, this is a vast and mostly uncharted territory, this forest, but there is a growing number of records archived in the major universities and libraries of Orr which document evidence and posit theories on the when, where and why of these fallen civilizations. Many of them cite travel through a compilation of rifts.

The Wizard, Salem Asandromere, a notable figure in recent history, is lauded by many accounts for having been responsible for the most extensive exploration and diplomatic missions beyond Orr to date. He is one of the founders of the Guild of Nyn, as well as the organizing body for the Knights of the Nyn, as well as the Order of the Tahl'Maran as we know them. For a man who merely set out to unlock the mysteries of magic, especially those mysteries considered forbidden, he led and extraordinary life steeped in all manner of intrigue and excitement. He is responsible for coining the name, "The Nexus of Nyn," having borrowed a portion of it from the Order of Numericals in the name of one of their goddesses (an appropriation the disciples still bitch about to this day).

Lyseans have an undead — specifically, a zombie — problem. It's not unheard of for corpses in most societies to spontaneously reanimate hours, or even days, after death. Because of this, most cultures have adopted burial habits and rituals that call for and enact upon the deceased in such a way that destroys the body post mortem, be that with cremation or complete dismemberment. It is acceptable, under exigent circumstances, that the dead be decapitated instead, and the bodies buried in graves separate from their heads. Some cultures have gone so far as to adopt vegetarian lifestyles even though this issue doesn't appear to extend to most beasts or livestock animals.   Lyseans are highly superstitious, often xenophobic, racist, and often resort to slavery. Anything having to do with the dead is strictly forbidden. A seance, for example, would result in the death of all participants. Therefore, anyone showing any aptitude for magic inclined towards the afterlife is subject to death upon discovery, regardless of guilt or innocence.

A world fraught with war, Phyreans struggle for whom will dominate the three giant landmasses that make up most of the continents of Phyr. There are two distinct archipelagos, one having as many as 500 islands and chains, and the other, smaller, but with greater landmass.   In Phyr, magic is still in its primitive stages, based more on superstition than knowledge. Some hunger for its power, while others fear it and work to eradicate the imbalance it causes by eradicating magic over all.   On Phyr, the Imbued are often captured and exploited, controlled by the use of nullshards and other means of control, usually through brutal warfare and strict, tyrannical oppression. There is very little peace to be found on Phyr.

As far as technological and magical advances go, Kevar is second only to Orr, or perhaps not at all. Kevarians are well adapted to magitech and steam-driven energy, but they have also adapted well to the use of materials like dragon scales. A confident society comprised of several cultures, Kevarians feel it is essential to share their knowledge. Because of their advanced understanding of rifts and magic, they have little to fear when it comes to invading forces.

Politically, Felandis is more primitive in culture, believe in gods (Imbued whom have assumed these roles and encouraged this) whom they associate with animal aspects. Magically, Felandi show some advancement, as they've learned how to tap into the Filament and make use of the leylines for point-to-point transportation.

A world dominated by elves and elven culture, Saphré is a world — the only one of the 9 — with almost no magical influence. This isn't due to a lack of magic, but rather due to the presence (and prevalence) of null shards. Travel to and from Saphré, while not impossible, is difficult. Typically, only the Imbued can traverse such a difficult location and they still run the risk of entrapment.

The lushest, greenest world of all. Annad boasts more unique plant life than any of the worlds of the Nyn. Here, some cultures are comprised of plant-based humanoids, many of whom engage in horticulture, whether that is Pomology, Arboriculture, or Olericulture. Annadians cultivate all sorts of magical plants — vegetables, fruits, spices, herbs, and even poisons are cultured on Annad. Annad has plenty of wildlife, too, including well-loved and revered polinators such as bees, birds, and butterflies.

With a steadily advancing civilization and several cultures steeped in war, Gnarth has progressed steadily in terms of technology and magic. Enough so, that within this progression, many of its cultures have abandoned their reliance on primitive ideas and superstitions. There are exceptions to the rule, of course — the most prominent being that of the Naffaryn Empire which would, left to its own devices, convert the whole of Gnarthic society to its religious belief system.   It has, however, been met with resistance in the form of the Yerban Empire and a growing number of settlements join both sides at an alarming rate. This has translated into a beleaguering war spanning over hundreds of years.

The grimmest of worlds, life on Rinaven flourishes only along a narrow path of its equator and the improvised cities built within caverns underground, beneath an otherwise hostile, ugly environment. Along the equator, angels have built floating bastions large enough to be cities and propped them up on the shoulders of chariots where they hang suspended above the rest of civilization.   Here, life is ruled by an ever repetitive cycle of reincarnation of the twins, Eolestra and Lyren. Tied to the world indelibly, the Twins are unable to leave Rinaven without the fear of death. It is a tightly held belief that they are the reincarnations of some of the most ancient beings to exist, dating as far back as time can remember. Yet, with every new cycle, the Twins are born and return as human. Both are Imbued and are driven by the memory of what was — of what must be again. To this end, they exploit the allies they find among the Anubai and the Duskers. Often, they find their efforts thwarted, however, by demons, angels, humans, and even dragons.
Alternative Name(s)
The Nexus
Type
Planar Sphere/Grouping

The 9 Worlds of Nyn

Unless otherwise noted, all content herein and pertaining to the Webweaver's Universe or the Nexus of Nyn is © 1984 - 2022 by D.K. Dubovsky (Everwild). All rights reserved. By interacting here in any way, you understand and agree that it does not grant you any rights to copy, recreate, or claim ownership to any of the content herein, for any reason, but especially for commercial purposes. Unless specified, images are either property of the author, or free-to-use/public domain.
Cover image: by JustBirch
Article template
Geographic Location
World
Orr
Category
The Webweaver's Universe
Author
Everwild
Publication Date
10 Dec, 2021
Creation Date
9 Dec, 2021
Last Update Date
30 Dec, 2022
Visibility
Public
Views
237
Favorites
3
Comments
1
Work In Progress
Tags
Nexus Nexus-of-Nyn Gnarth Rinaven Orr Felandis Lys Phyr Kevar Saphré Annad All

I love the descriptive and creative feel of the 9, especially the 8 and 1, and each of the world's feels unique and very different. 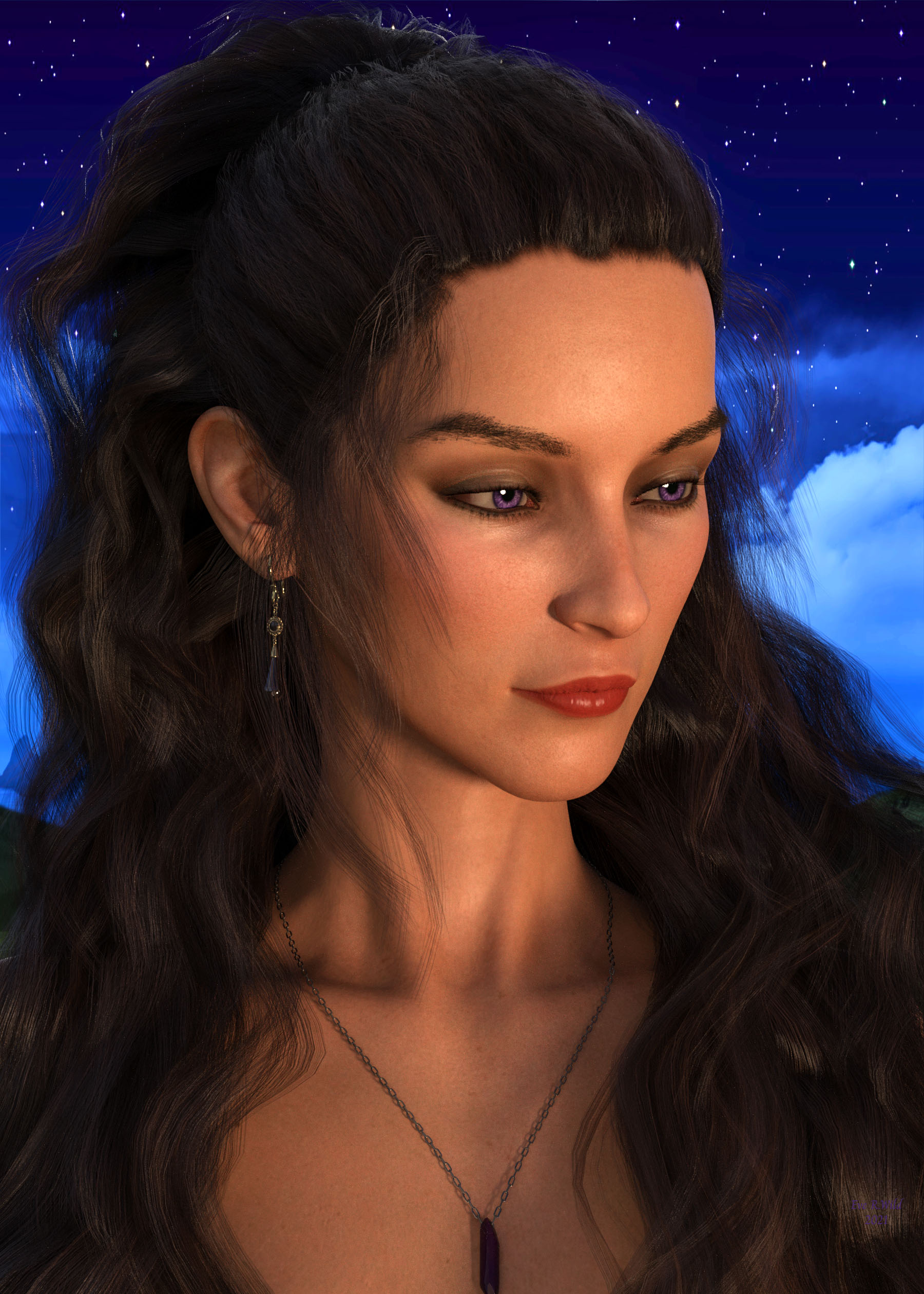 You are very kind to come and browse; thank you. :) I wait with bated breath to see if the Hyperion version will actually get released so I can parent Orr to the remaining 8 worlds. There's plenty to do around here, though, so I haven't dug deep yet. Yet! You have a massive undertaking yourself, and I've enjoyed watching Sarah Lockwood become, and your mastery of Midjourney AI assisted art is amazing.