Built broader than most women, Kieryn is of average height and equal disposition. She's been told she has excellent "birthing hips". She possesses a piercing gaze and "Alonian" eyes — a rare trait which few Alonians are born with, giving them silver pupils. With Alonian eyes, Kieryn is able to see better in the dark and at night, unlike her "normal" counterparts. She has deep red hair and deep red eyes, a sameness which most people have come to understand means she's also Imbued. She's witty and fun-loving, and grew up a tomboy, preferring the outdoors to most indoor activities except playing the pununjo. She's an excellent forager, dabbles in healing magics, and can read as fast, if not faster than the Wizard, Salem Asandromere, whom she married, but not before she killed him. Twice.

Expelled at the beginning of her second year of school from the prestigious Clearmont Institute for Magical Studies, located in Kitra-Avreen, the seat of the Alonian Empire, Kieryn was told the reason was because the board felt she was a bad influence and a distraction for their star pupil, Salem Asandromere. The truth was, however, that they couldn't keep up and they feared her untapped potential. Not only did she read faster than most of them, she had an innate, natural ability with not one, but every discipline of magic and could even tap into things the administration couldn't understand.
There had been rumors that the college - board and instructors alike - was so afraid of her, they were recommending to the emperor that she be detained and cut off from magic with the use of null shards. Kieryn didn't stick around to find out if these rumors were true. Packing a single bag, she set out for the coast, hopped a ship, and sailed west. There, she lost herself in the wilds of the Everwild Forest.
She reconnected with Salem Asandromere years later, whom was his own pack of trouble, and eventually (against her better judgement) married him and raised a family with him. Together, the two of them rewrote history and changed the world forever with their discoveries. 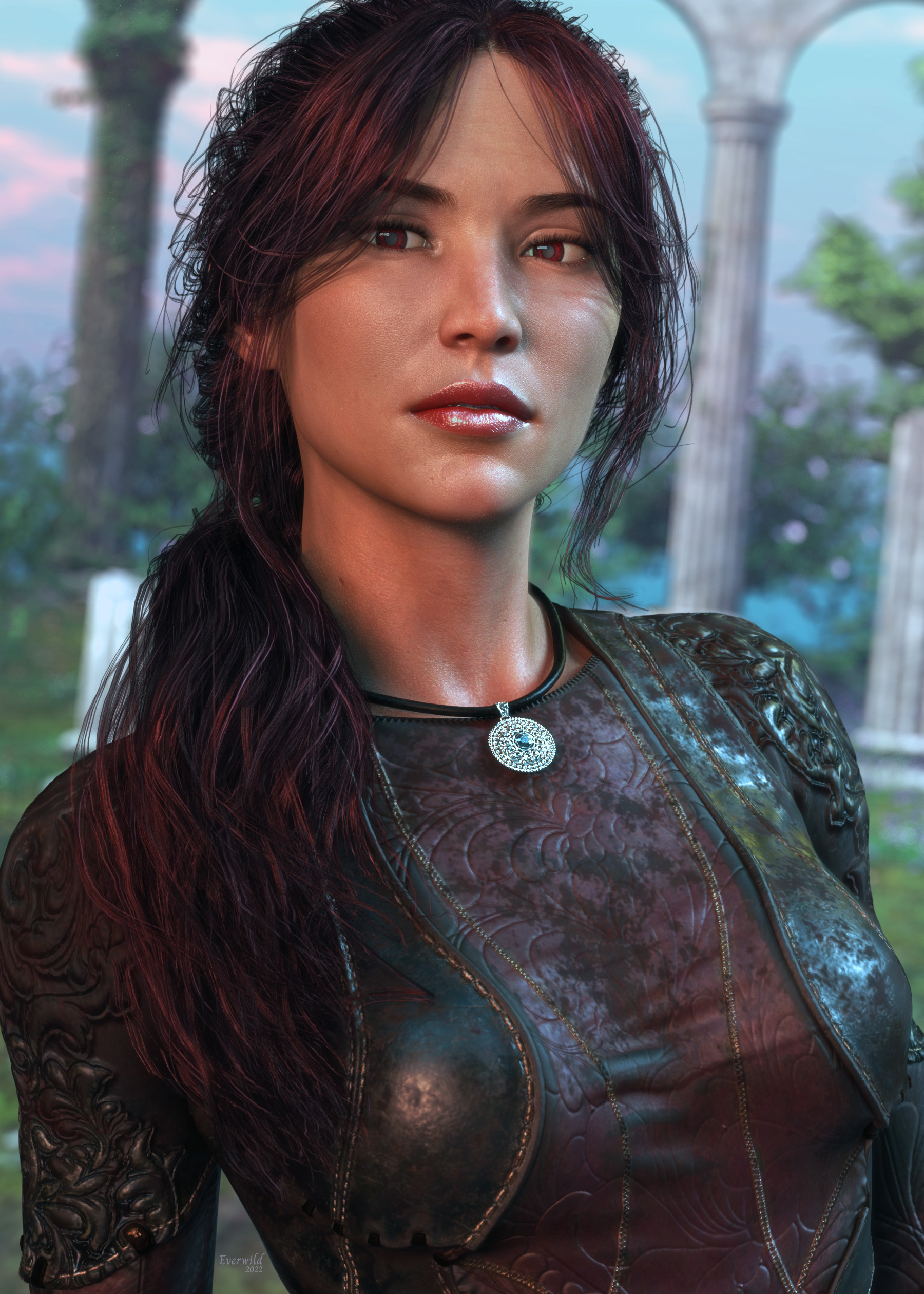 Other Names: Kieryn Sigatha
Title: Witch of the Wilds
House: None
Residence: Nexus World: Orr
Occupation:
Markings/Tattoos: A variety of small (ish) battlescars on her torso, hips, and legs.

Unless otherwise noted, all content herein and pertaining to the Webweaver's Universe or the Nexus of Nyn is © 1984 - 2022 by D.K. Dubovsky (Everwild). All rights reserved. By interacting here in any way, you understand and agree that it does not grant you any rights to copy, recreate, or claim ownership to any of the content herein, for any reason, but especially for commercial purposes. Unless specified, images are either property of the author, or free-to-use/public domain.
Cover image: by JustBirch
Character Portrait image: Kieryn Asandromere by Everwild
Article template
Character
World
Orr
Category
Historical Figures in People
Author
Everwild
Publication Date
11 Oct, 2022
Creation Date
11 Oct, 2022
Last Update Date
30 Jan, 2023
Visibility
Public
Views
53
Favorites
Comments
0
Work In Progress
Tags
Kieryn Asandromere All Gotwick Salem TahlMaran Guild-of-Nyn Knights-of-Nyn Magic Everwild Witch-of-the-Wilds