The Terran Republic was a polity established in the 26th century and a "successor state" to the Terran Empire.

Leander Ashpool MP, announced the formation of a Terran Republic shortly after the surrender of the Empire in 2498. Discussions were ongoing with the leadership of Technopolis, Nova Terra, Fort Pitcairn and Van Allan's World. The leadership on Earth were also involved in talks and were initially supportive but this never turned into anything more than supportive noises, with no firm commitment to sign up to the Republic.   The Republic was officially founded on 30 August 2500 on Technopolis at the Kulden Hall.   An agreement was later made in October 2500 that Technopolis, now referred to as New Berlin, would be the capital.   The capital of the Republic moved to Earth after it joined the Republic in 2516.

President of the Republic

Vice President of the Republic

The legislature was set up with two bodies: the General Assembly and the Senate. .

The Senate will have two seats per world, with one directly selected by a method decided by the system and the other directly elected by the populace   The Senate will arbitrate disputes between member systems, review and approve treaties with foreign powers, declare war, and rule on interpretations of law. The Senate will also be able to veto laws passed by the General Assembly, but not who they select as President nor budgets or taxes. The Senate will judge any impeachment charges against a President.   Senators are elected on a first past the post system to a ten year term. In order to get onto the ballot, the party and candidate would need to present at least 5,000 signatures for ballot access. Parties that hold senate seats do not need to seek ballot access

Alumni of the Republic Senate:

The Teran Republic saw a lot of competitive and highly partisan politics since its formation. The fortunes of the parties waxed and waned. Below is a list of parties that have contested elections in the Republic:

The Republic was set up with a limited judiciary to try crimes against the Republic or crimes which happen in Republic controlled territory not under the authority of a member system. The Senate will serve as the final appeal and only act on disputes involving interpretation of Republic law.   The Republic judicial system will have authority over interstellar space, Republic facilities and ships, and crimes which occur across multiple systems. An organization like CIS was to be created to investigate such crimes

Chief of Staff of the Republic Military:

The Hressan Independent Republic was the first state to recognize the Terran Republic officially in 2504. The Gannid Commonwealth followed suit in 2504.   The Galactic Council conferred Observer Status on the Republic in 2519, which essentially recognized the Republic.

With Mars joining the Republic and the subsequent collapse of the Antares Federation, the Terran Republic was able to state that it had reunified the Terran polity and was the true successor state to the The Terran Empire 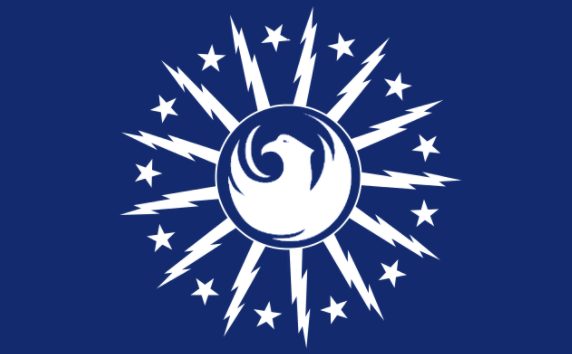 Articles under The Terran Republic