Orpheus Gaze    Dynasties      Grumman      Kotek Grumman
Kotek Grumman was a political figure in the 25th Century who was Lord Governor of Technopolis during the times of The Terran Empire and was responsible for many terrorist attacks and political opposition groups across Terran Space.

Kotek was born in New Hamburg, New Berlin in 2420, he was a smart and sporty kid who often did well at school and had aspirations of joining the Imperial Navy in some capacity. After some time spent with his father, Drake Grumman in his later youth, Kotek had a change of heart and decided to study Political Science at Cydonia College on Mars . After Graduating, he was quickly given a job working within the Governors office on Technopolis, working on Public Outreach for the house and funding various research programmes.   In very little time, Kotek had used his political connections to enter into the higher class of society, quickly becoming a Minister of State within the Terran Empire and meeting a daughter of the Empress, Charlotte Valane-Hammond. Kotek married Princess Charlotte Valane in 2450 and the two have a cordial relationship that many felt appeared to be more of a political marriage than one born out of love.   Kotek and Charlotte had 2 children.

Kotek succeeded to the title of Lord-Governor of Technopolis in 2455 with the abdication of his father and began initiating reforms that where seen as political crackdowns from House Grumman. During his time as Govenor he oversaw the secret development of one of Technopolis' moons, Lowen-1. This project later grew to become the Celeste Colony   Following the suspension of Parliament, in 2474 Kotek passes an motion that ends all democratic voting in the colonial legislature, citing the current dangerous climate and the violence inherent in the democratic system. These moves are widely decried by people on Technopolis and there are protests and strikes.

in 2459, Empress Regina Valane announces that she is standing down as Rex, starting an Imperial Conclave, House Valane put forward Charlotte Valane-Hammond as their prefferati with the understanding she would enter co-rule alongside Kotek if selected as rex. Kotek, to the displeasure of many in political circles announces a split from the conservative faction in the Imperial Court to found 'The Imperial Protectorate Faction', a more right leaning and isolationist focused framework with ideals prioritising Law and Order with strong objections to any democratic reform within the empire. Reception was lukewarm with only Lord Lord Savindar Krane and Lord Galen Hammond splitting from the Conservatives to join the faction. The political backlash from this resulted in house Valane dropping their support for Charlotte in favour for her younger sister, Aurora Valane who went on to win the conclave, personal sources close to House Grumman reported how this event might have planted the seed of resentment towards the Valane leadership.
Many commentators at the time argued the move was an attempt to weaken the political influence of Lord Hayden Tancredo

During his time in the Imperial Court, Kotek became well embedded as Lord-Chamberlain, serving 30 years in the post. In these 3 decades he saw a lot of overhaul in how the Royal Estate was run, dramatically increasing the AI staff numbers. Serious security investments where also made, with the creation of the AI Run Dhaka Vault, a high security structure capable of protecting the most important of society in case of a disaster or threat.   Kotek also oversaw the construction of a huge amount of new low-cost affordable housing in Dhaka to alleviate the overcrowding there.   After 30 years as Chamberlain, Kotek was elevated to the post of Chancellor in 2465, a position he exercised a lot of power in with the suspension of the Imperial Parliament in 2572, citing the dangers after the murder of Lord Solway Ashpool. Kotek later extends this suspension until 2475 effectively cancelling the next parliament election.   Following the appointment of Eleutheria Ashpool to the Chancellorship, Kotek is placed in the position of Lord Marshall

Kotek Grumman was arrested in 2475 on charges of embezzlement and suspicion of funding Terrorist groups.   The Following Evidence was used in the trial against Kotek Grumman   The trial was largely publicised. The first prosecutor, Hailey DeMont, is killed in an apparent assassination. The new prosecutor, Erland Cyranno, takes over the case which, on a matter of state security, takes place behind closed doors. Kotek Grumman is found guilty on all but one charge and sentenced to death.   The Imperial Court released the press statement below

In 2477, from his imprisonment, Former Lord-Chancellor Kotek Grumman reaffirms his guilt in assassinating the Rexes, claiming that this had been done for revenge. He also claimed that the terrorist attacks were carried out with agreement with the late Empress Aurora Valane   Many, including House Grumman disputed the charges of Regicide as rumours also circulated that the Kotek being put on trial was in fact a clone; Whilst the man in the trial video did appear to be Kotek Grumman, sources within House Grumman shared data that showed several key “tells” that he was not himself, either through coercion or perhaps something more extreme. It was also found that Kotek Grumman did not consult his previous lawyer, Jayvant Bullworth, before pleading guilty and this was something of a surprise to the entire court. He was unable to speak to his client at all from the point of his admission of guilt. Kotek was then sentenced to death and executed in late 2477, he was buried at Kulden Hall on New Berlin

After his death, document proof emerged that confirmed suspicions that Kotek was behind the organisation of funding that enabled the rise of Terror Attacks across the Empire. Kotek utilised a number of shell companies to transfer money to Terrorist organisations using the following structure.   House Grumman > A New Berlin based think tank > A Martian based investment corporation > A St Lawrence based Democracy Lobbying firm > Various Pro Democracy Terrorist Organisations.   From 2460 until 2476 an estimated 8 Billion Adjusted Dollars was funnelled to these organisations. 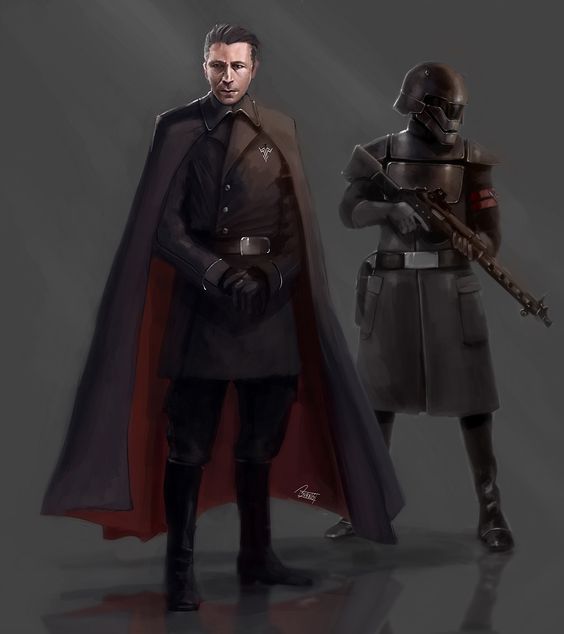