Azrael Krane was born in May of 2435 in Dhaka City, Earth. His father, Lord Savindar Krane, was the Lord-Governor of Lightning Point. The Kranes are an old political family, able to trace their family lineage back to the 22nd century and the Terran Federation.   Azrael was educated at exclusive prep schools before attending Cydonia College, graduating in 2457 with a BA in military history. Whilst in college, Azrael had a reputation as something of a hell-raiser and was part of a fraternity of "duelists" who liked fencing and to hold themselves to a somewhat archaic culture.   Azrael married Mars born aristocrat Marta Whilcox in 2460.

Azrael joined the marines in 2457, graduating as a 2nd Lieutenant in 2458. He served as a platoon leader and then later as a company XO, rising to the rank of 1st Lieutenant in 2460. He was redeployed to Mars as a Regimental staff officer, earning a promotion to Captain 2462.   The assassination attempt against his father, that slew his mother, in 2462, saw him take a leave of absence to help his father and the rest of his family. He was reassigned by the marine corps to a training assignment on Lightning Point to allow him to be closer to his family.   With the abdication and retirement of his father, Azrael was elevated to the title of Lord-Governor of Lightning Point in 2465. He mustered out of service but remained a reservist for ten years, being promoted to the rank of Major in 2469.

With his father unable to continue as Lord-Governor of Lightning Point, Azrael became Governor aged 30. His first task was to lead a major crackdown on crime and terrorist factions on Lightning Point. The CIS aided local police forces and militias and thousands of arrests were made. Known Yakuza members were arrested and deported, often with no real evidence and there were numerous examples of arrests made that would not have been legal on other worlds.   Lord Krane also made an Executive Order on Lightning Point suspending the right of appeal for those under arrest for Terrorist offences.   Lord Krane joined the Imperial Court and associated with the Conservative faction. His father had been an ally of Lord Kotek Grumman's "Imperial Protectorate" faction but Lord Azrael felt more affinity for the other conservatives. Lord Krane gained a reputation for his sharp tongued criticisms and developed something of a rivalry with Lord Maddox Collingwood, which spilled over into violence between retainers of the two noble Houses.   Lord Krane served in several Offices of State under Empress Aurora Valane and was named Minister of State Justice under Chancellor Eleutheria Ashpool. He was one of very few Lord-Governors who remained part of her government after the death of the Rexes, though he resigned when she refused to resign after her defeat in a Vote of No-Confidence.

Lord Krane emerged as the Conservative Preferatti in 2480. He called for a constitutional reform of the Empire which would include a written constitution. However, his first priority was to win the Zzenddi War.   Lord Krane's campaign was strongly backed by his fellow conservatives, chief among these were Hallam Tancredo and Prince Desper Valane.   Lord Krane won the Conclave on the first ballot with 14 votes and was elevated to Emperor.

Emperor Azrael Krane formally took the throne in 2480. He named his brother in law, Lord August Solarin II, as the Lord-Chancellor and formed a new war-time government. He named former marine colleague Harrow Morgan as his Equerry.

Lord-Chancellor Solarin lead the effort to defeat the Zzenddi which reached its climax in the extremely costly battle of Z-10, which saw nearly half of the Imperial Navy destroyed with a cost of over 200,000 dead.   The marine corps then began Operation Ocean-Storm which concluded in 2481 with the liberation of all seven occupied worlds. More than 12 million had died during the occupation and there were over 3 million military casualties in one of the bloodiest wars ever fought by the Terran polity.   Emperor Krane granted life-peerages to Hallam Tancredo, Reid Sondeheim and Lt-General Trenton Willard at the end of the war.   Lord-Chancellor Solarin began the major project of reconstructing the damaged worlds. The massive rebuilding program was party funded by a huge fund-raising effort from Earth and Mars.   The CANDL agreement was renewed but without the Rorn Republic. There was considerable bad blood between the Emperor's staff and Lord Decius Collingwood, the foreign minister.   The Hansa put increasing pressure on the Empire which agreed a significant ten year corporations tax cut.   Gaia was formally inducted into the Empire and the Jaradino appointed General Gosmay as their first Governor. The Indirian nomads who had fought so bravely in the Zzenddi war were also allowed to pick a world to settle on as their own colony.

Lord Hallam Tancredo was elevated to Chancellor after an intervention by the Hansa prevented Lord August Solarin taking up his office as Chancellor for a third term. Lord Tancredo's first task was trying to deliver on the constitution, an effort that absorbed a huge amount of government and council time. Emperor Krane threatened to veto the constitution if it included clauses that would mean the Emperor could not fire members of his cabinet.   In the end, the constitution was delivered, including the controversial "Separation of Church and State" clauses, which Emperor Krane labelled as a mistake. The constitution passed with the barest of majorities and didn't enjoy the full confidence of the council or the people. Many constitutional scholars described the new constitution as being "progressive" but that without popular support, it may not endure.
See A Model Constitution for the Empire   The Tancredo government offered diplomatic condemnation of the Karkour Regime's invasion of the Rorn Republic but there was no Terran intervention. The Empire's military was not strong enough to be able to force the Karkouri Regime to back down. The Terran Envoy at the galactic council backed the Tranoan vote to impose an embargo on the Karkouri Regime.   The Terran Empire was rocked by the Cobalt attack, which destroyed 80% of all AI's within Terran space and crippled the Terran economy, as well as a number of other ripple effects causing havoc within the Empire. Burning Path were blamed for the attack and Operation Resolve saw CIS and the Marine corps launch a truly massive man hunt for Burning Path militants, sparking skirmishes on Avalon, New Corinth and Vanheim.   Justice Sirtis Ardmore resigned her seat on the Court of Appeals and she was replaced by moderate Judge Emma Sutherland.   Emperor Krane confirmed a life peerage to former EDN CEO Istfvan Vermier for his service as Foreign Minister, as well as to exiting Chief of the Imperial General Staff Gnaes Calqvist.   Lord Harrow Morgan, the Emperor's long serving equerry, stepped down and was replaced by Redvers Gallen, a long time House Krane lawyer and counselor.

Emperor Krane appointed his long time friend Prince Desper Valane as Chancellor in 2495, who was tasked with holding the Empire together with a collapsing economy and strong external threats from an ascendant Karkouri Regime. In addition the Emperor appointed his son, Prince Alexius, to a Minister of State brief. Chancellor Valane attempted to work with a broad based coalition after a group of moderate and liberal governors called for Lord's Tancredo and Grumman to be excluded from certain ministries.   The first big issue confronting the new government was the flight of former Lord Elyon Maquessa who had stolen crucial intelligence and research data before fleeing into Gannid space. The foreign ministry failed to get him back from the Gannid Chancellor, who took a dim view of the subsequent attempts to bring him back covert means.   There was also a major uprising on Mars as Red Mars launched a well funded attack against various bases and even briefly took control of Sancrist City before they were driven back by the marine corps and PMCs.   In 2497 the Karkouri Regime made an ultimatum that the Empire cede several border worlds or face war. The Empire took a strong line against this but was defeated in a shocking and one-sided engagement at Vanheim. It was later revealed that Lord Marshall Decius Collingwood had betrayed the Empire in order to carve out his own St Lawrence Compact.   A Karkouri fleet took up station in orbit and called on the Empire to surrender. The Council voted to accept but the Emperor vetoed this, starting a chain of votes to overturn the veto and even threats of secession.

Emperor Krane, whose health had begun to collapse, suffered a massive heart attack in the council chamber and despite emergency medical care, he was pronounced dead at the scene and therefore never saw the collapse of the Empire under the scattered leadership that followed his death. 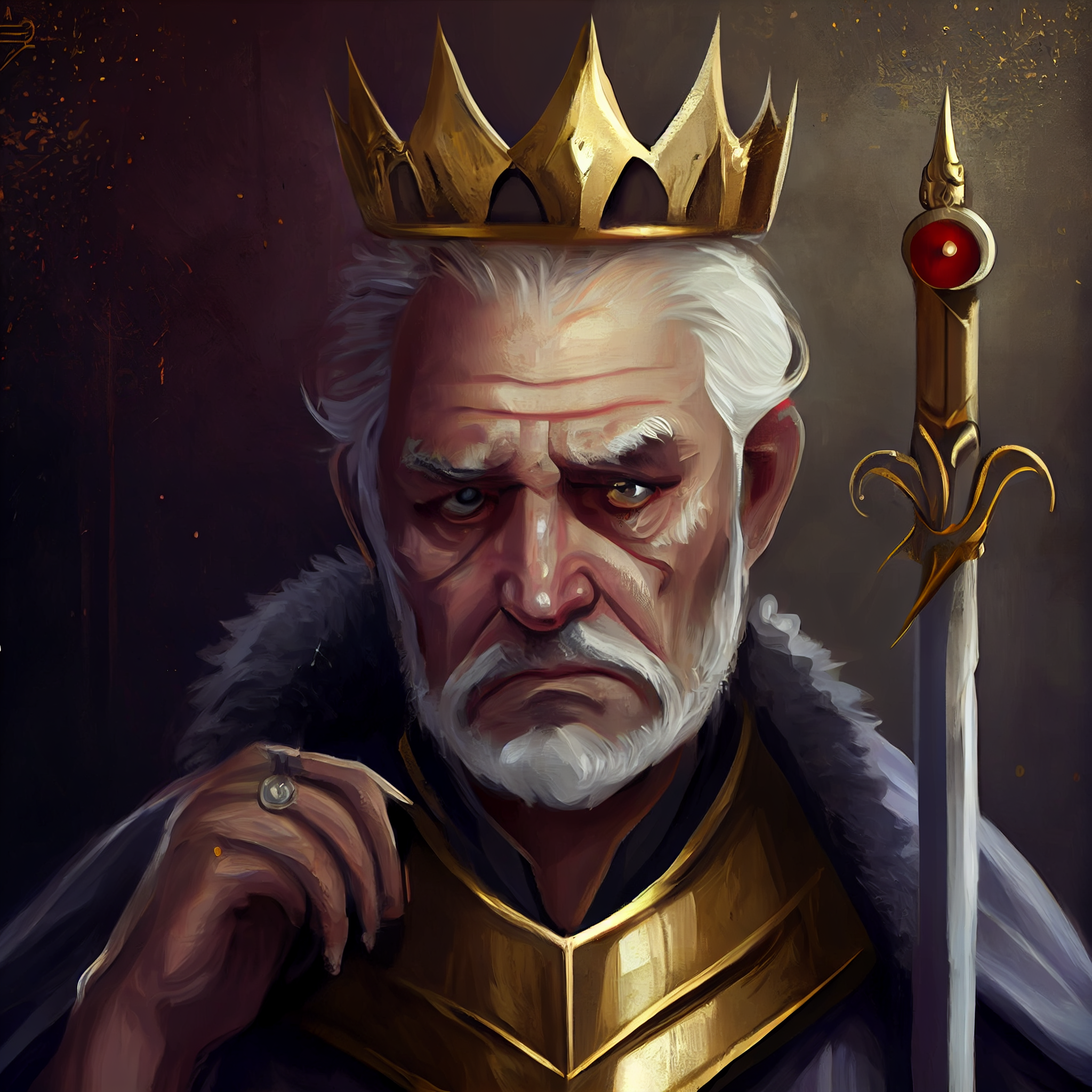