Krystan maintains one of the largest, well trained and equipped armies in Orballia. The Krystan military force is made up of two primary segments, the general miliary, which is further divided into divisions and specialties (calvary, archers, etc.) and the High Guard. The primary function of the high guard is to directly guard and defend the city. Also within the High guard is the High Command and an elite force known as the Black Lyharr Regiment. The city itself is walled with "its back" to the rugged Krystan Mountains.

Krystan is the primary supplier of precious and weapons grade metals throughout Orballia and also the largest minter of coins and forger of edged weapons. Krystan currency sets the unofficial standard for coin currency weights and values in Orballia and is generally accepted for trade anywhere.

The ore mines provide the wealth of the kingdom. Krystan leads Orballia in metal-related trades as well, minting the majority of coin currency and the finest edged weapons.

Krystan began its life as a mining colony before an early disaster resulted in several tunnels flooding. In time this proved to be the singular event that led to the eventual growth of the prosperous city that Krystan would become. Mines unaffected by the flooding continued to yield large quantities of precious and weapons-grade metals.   Canals were constucted, fed by the underground aquafer exposed by the early mines.As the city grew in wealth, its population of miners and metal-workers swelled. A sizable miliatry force was needed to protect not only Krystan and its citizens, but also the constant flow of trade in and out of the city.

Krystan is located at the base of the mineral-rich Krystan Mountains, on the edge of a large dessert known as the Nanmarr Wastelands.   A unique feature of Krystan is that due to the only major water source being supplied by the canals, a green belt of farmland cuts a swath of repreive from the desert climate through the heart of the walled city. Though the fields produce some food, most goods consumed by the city are imported. 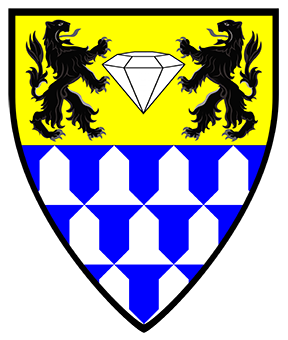