I've been a bit more adventurous in what cuisine I tried during my latest visit to the Underdark. Last night I visited the Midnight Kingdom and decided to hit up the Sloshed Slug after I left. It was an interesting joint with the usual bar fare for the region.   After a couple drinks and a dare from the bartender, I was bold enough to try one shooter. I've eaten slugs before, but they were usually sliced and in a soup. Thankfully the slug was on the small side. I managed not to gag as it slipped down my throat.
— A snippet of Essie Prixo's food blog. 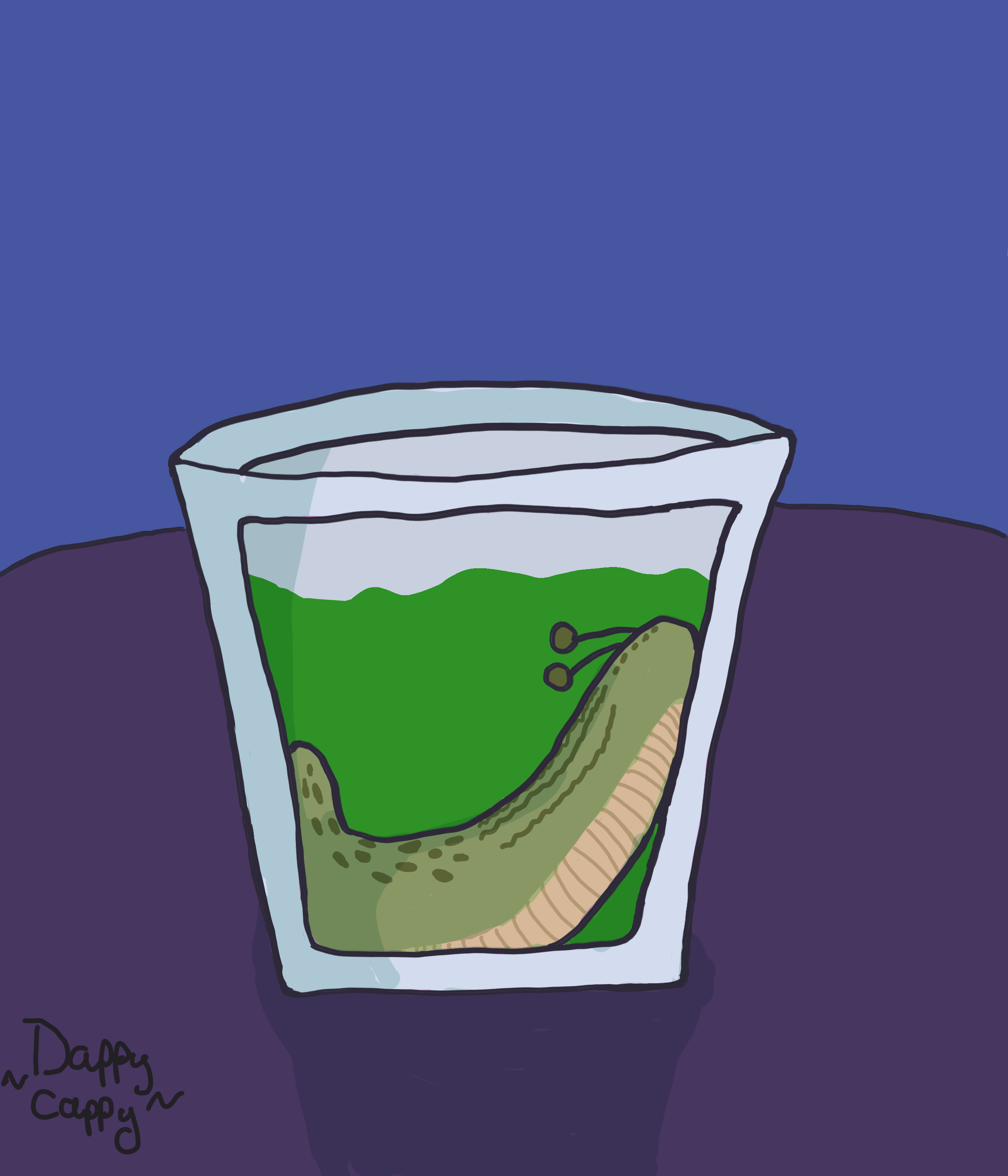 by Ezra Aldrich
This is a new shooter combo that originated at the Sloshed Slug. It was created on a slow night. The bartender and head chef, Buzz and Sizzles respectively, were bored and decided to experiment.   They had a recent excess of pickled slugs from a stock error. Sizzles suggested experiments to create new menu items. Buzz worked out the best alcohol pairings. By the end of that shift, the duo created several flavor combinations that patrons might enjoy.   The menu listing suggests alcohols that work best with the slugs. Customers are still free to order with whatever liquid they prefer. Some folk enjoy mixing in the pickle brine.
Type
Food / Drink

I wonder if it's like an oyster shot? Not that I'd had the guts to try that either :)

lol That is what I had in mind when this idea popped into my head. I tend to draw on the large side, so the art makes the slug look a bit big, but they are usually small enough to consume like oysters. Some folk do use larger ones and sorta, eat it normally after taking the shot of alcohol.