The remains of the largest meteor impact site, eroded over time and creating a small river and waterfall that flows down into the abyss.

Exploration of the area by those game enough, may reveal a crudely made climbing path downward, leading into a network of underground tunnels.

Below a heavy stone slab engraved with a pentagram sits a stairway into the caverns, lined with coffins and leading to a little alcove adorned with some suspicious items.

A small island at the edge of Port Entrada, sitting high on a cliff and housing a hospital and medical facility for the mentally deranged.

The current darkness and 'dream invasions' have resulted in a huge influx of patients being brought to the island out of fear they are unhinged.

With a morgue, chapel and underground crypts, this cemetery houses more than an observer may first think.

A substantial reward has been offered to locate a missing pet; a pseudo dragon owned by a gnome.

The dragon's enclosure was a little pet house surrounded by white picket fences, nestled into the nook of a tree, where he was chained to the ground. The house and fence have been burnt, chain strewn across the fences rubble, indicating an escape. But investigation might show evidence of foul play.

The surrounding area is forest, and there is the possibility of magical interference, so the searching ground may be vast.

Miniature escaped dragon house and yard created by me as part of a series of fairy houses. Photo taken in Southeast Melbourne, Victoria, Australia. 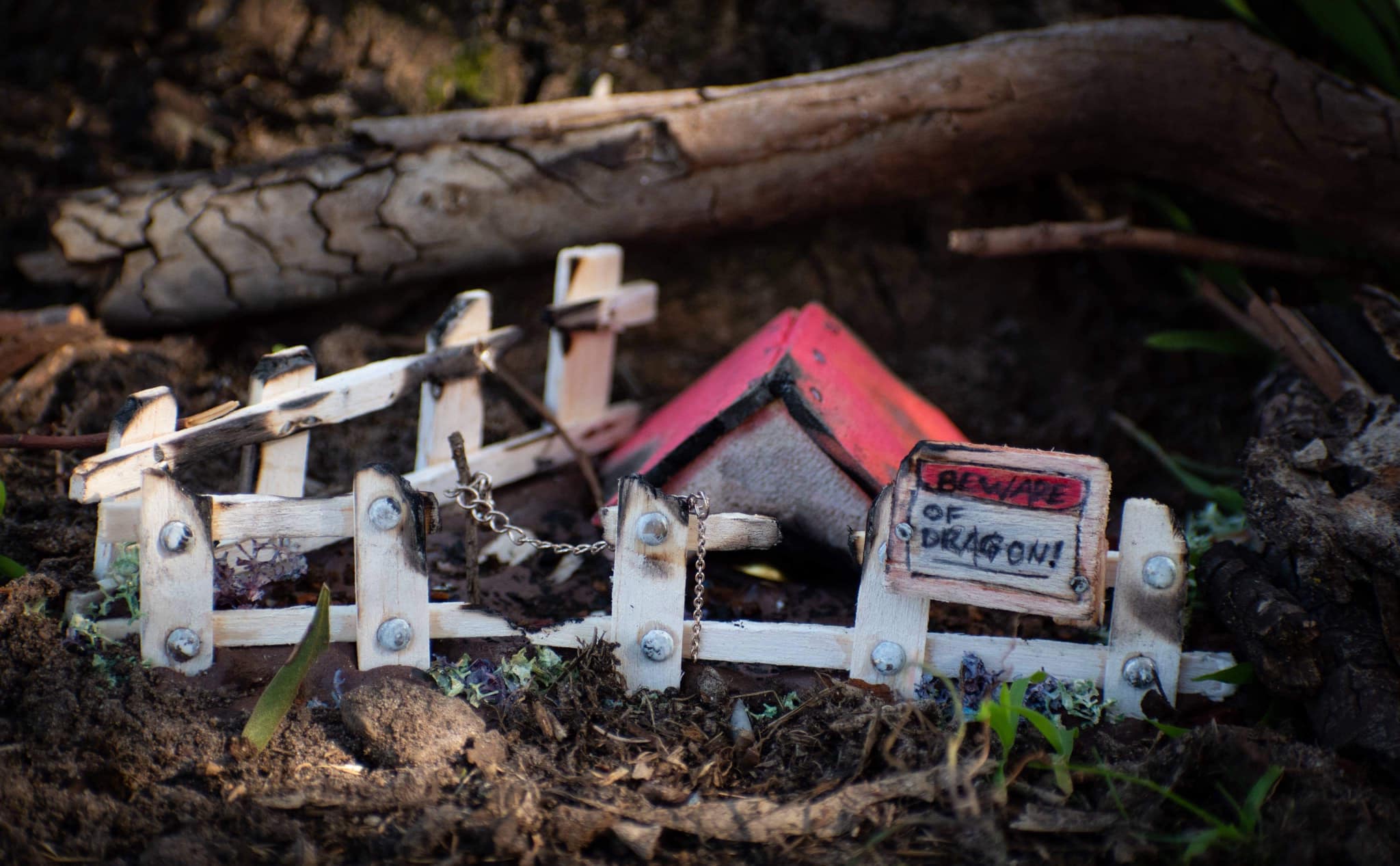 In the blackened remains of a local house, some clues may be found as to the cause of the fire that so brutally destroyed the villager's home.

Anyone entering the area should take care of the unstable ground and trip hazards, with wooden beams and metal sheeting slipping from the remaining roof frames, nails protruding from walls and floorboards, bricks crumbling from the movement and added strain of new plant growth, and other unknowns. 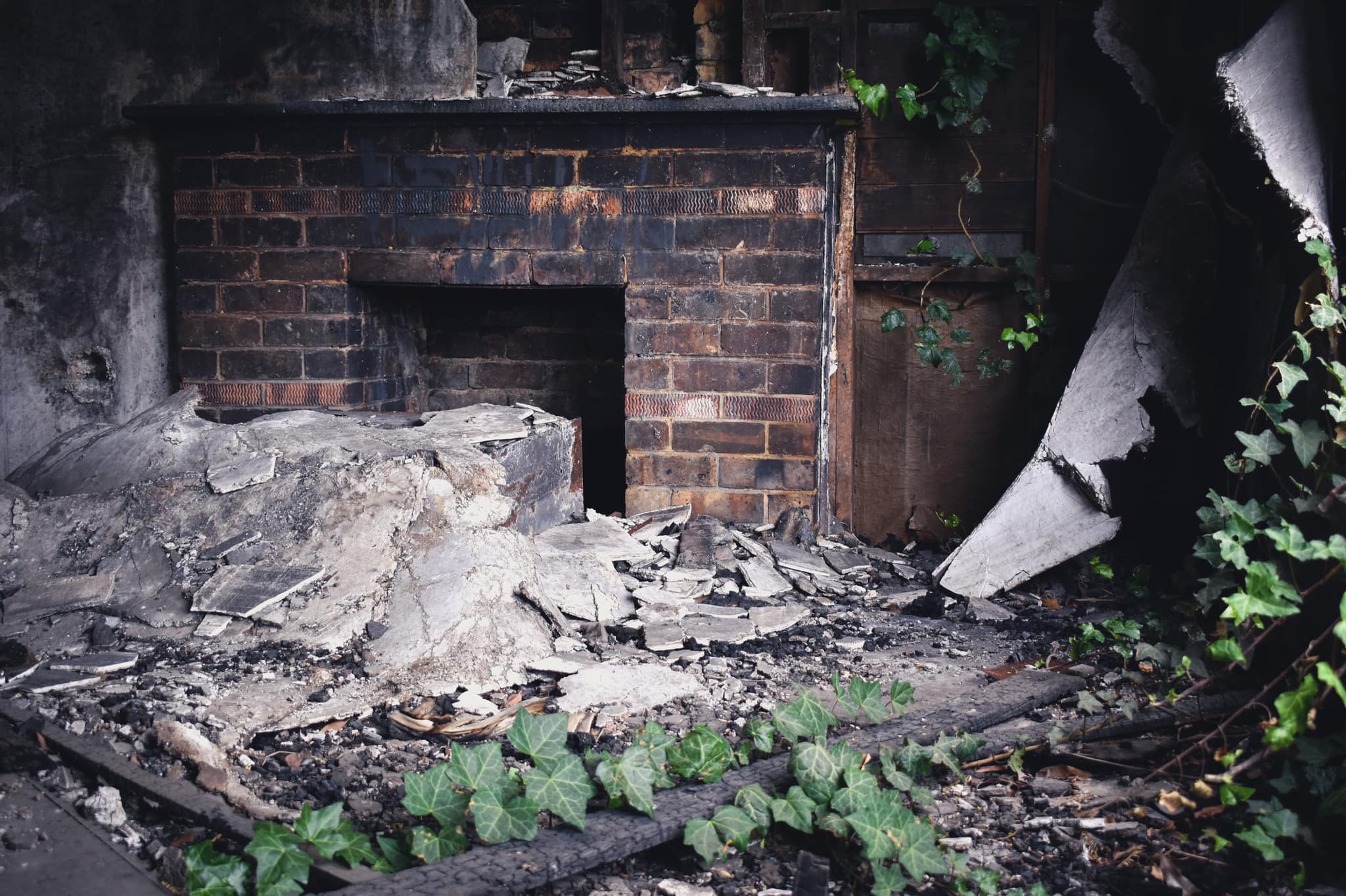 A hedgemaze, currently unnamed and unplaced.

Amongst the rock pools at the edge of the sea, there appears to be the remains of stone giant that have become part of the landscape. The rocks form the shape of a loose skull, with uneven eye sockets and a humanoid form trailing down.

Moving warily across rocks shaped smooth, jagged and full of holes, by the battering of waves and erosion of harsh salt waters, one may find that the larger eye socket forms a beautiful large pool. Clear water allows views of ocean life, plants, shelled creatures and small fish moving about.

The pool is large enough to be used for bathing, and acts as an entrance to a submerged wonderland of aquatic life. 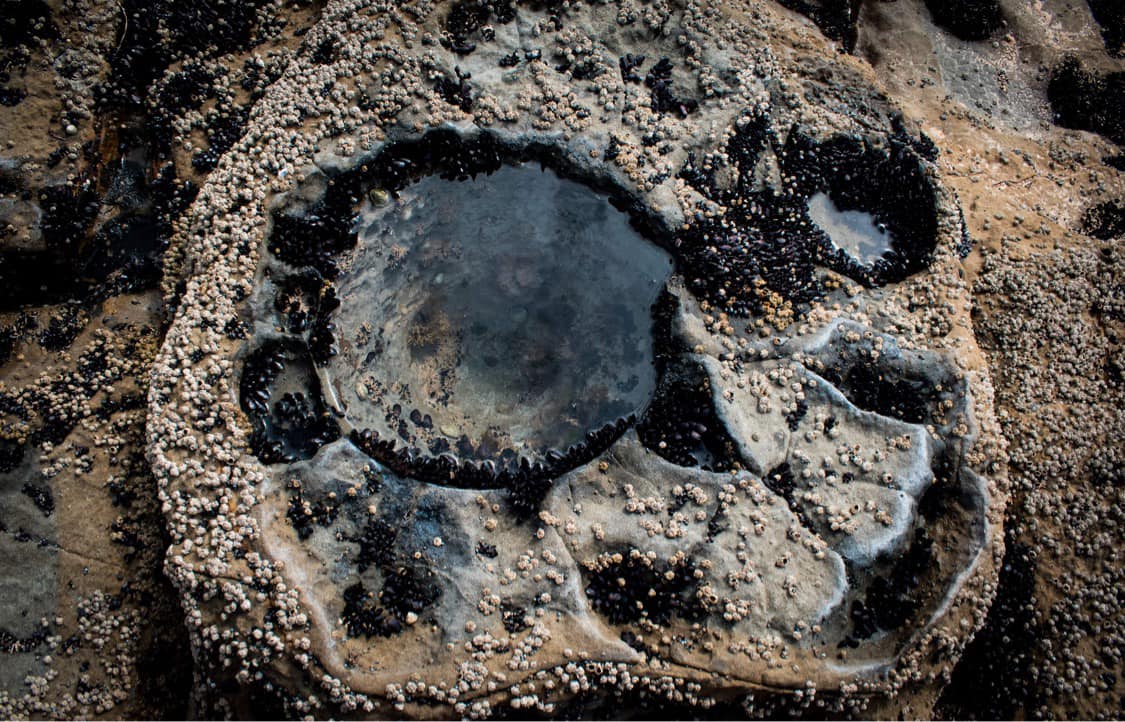 Burrowed into the earth is a warm and darkly welcoming cavern, with soft ground and shelter from the elements.

Tunnels run underground in every direction, alcoves creating the perfect resting place for weary travellers, or stash points for treasures.

Underneath the soft earth and leaf litter are silken threads, every step spent exploring the path sending signals back to Elvira, alerting her of the presence. 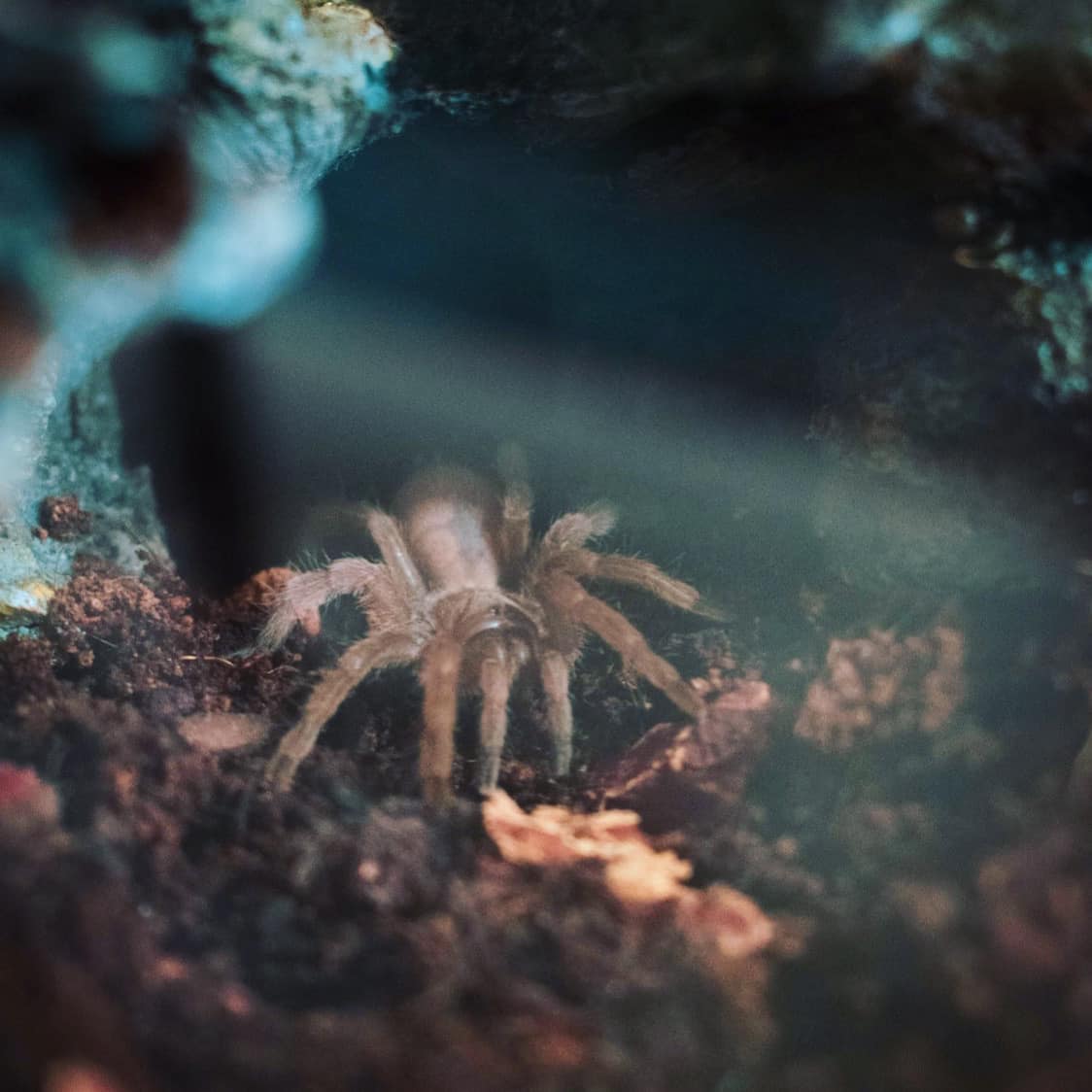 In the woods behind Exitus Etern Cemetary, a small storage hut hides the entrance to an undead hangout.

A supernatural security guard determines who may enter, with patrons magically shrunk and able to enter the upcycled coffin buried underground.