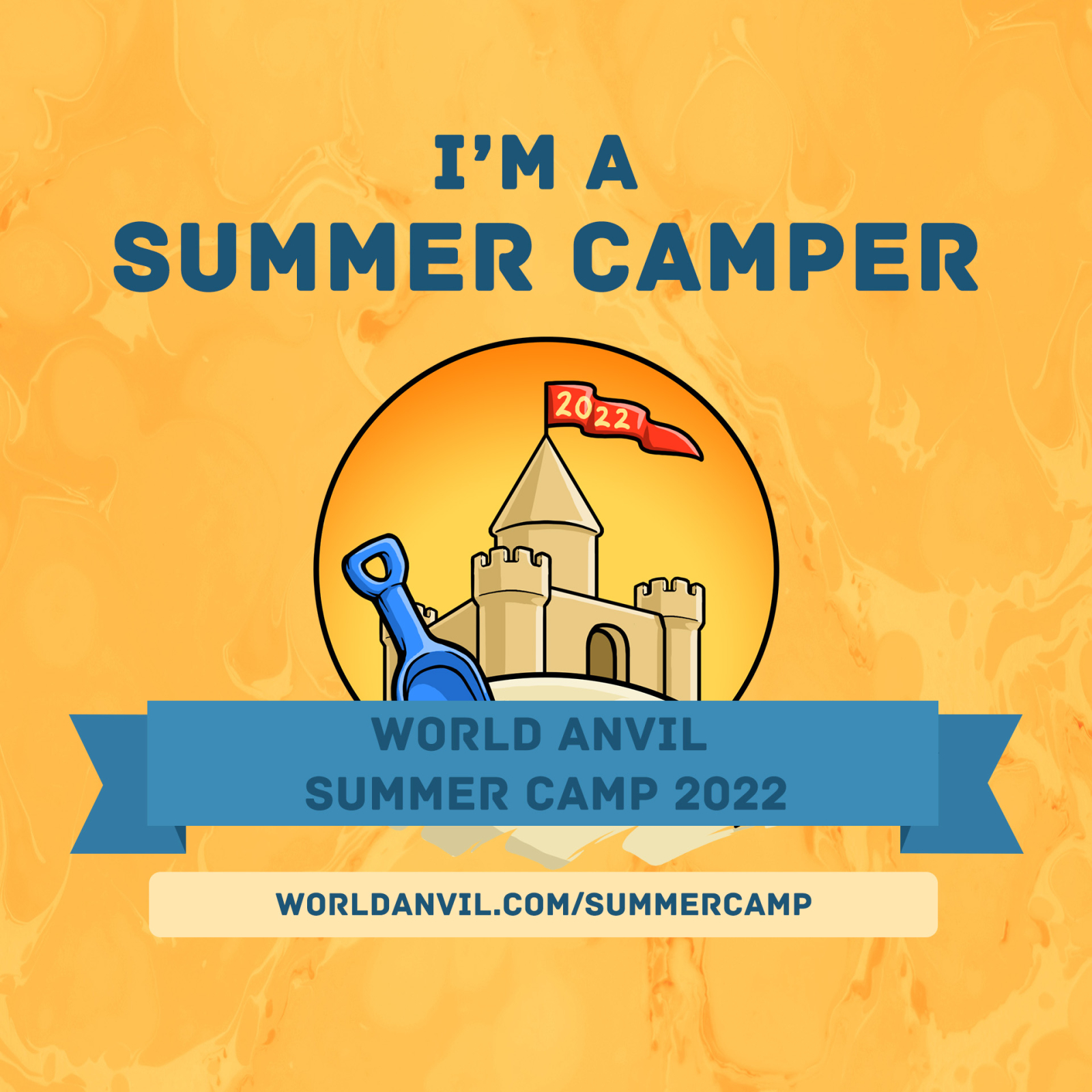 Greetings to the World Anvil Summer Camp. I am Counselor Clueless, and I will be walking you through the month-long festivities. In particular, the Articles for the prompts will be utilized in gluing together the incongruous, explaining the undefined, and opening the long-sealed mysteries of the End of the Iteration. As the goal is to be ready to launch the Dark Shards - the Ninth Iteration of the Dream Prism Grand Arc, I will also be endeavoring to conclude the Passages first Systembook for the fall launch of its pre-release tour.   As the Summer Camp utilizes the Prompts system to drive writers toward completion of a specific set of Prompts, I will be using this Page as an ongoing update on our progress. I will be linking all articles I write to this page, for ease of finding them. IF you are a fan of my work, a friend for life, or part of the Nycos Realm family already, I'd ask you to stop by periodically - probably at least once a week in July - and read, favorite, and like every one of them, if you would. Not only will it help me in the communibut it will alsoA writers, it will demonstrate what Nycos might mean to each of you. This page will be live by Newsday (what I call Tuesdays from now on) and updates will be posted as fast as I can complete them.   In each category, World Anvil is rewarding the Writers for creating an article in response to each prompt. The ranking is merely cosmetic - but for the record, I will be aiming at completed participation in all of them, so the breakdown here is more to see the progress. Further, I have personally pledged to read a different author's response each week and respond to it in text. I will then post a video when I have accomplished each Tier, mentioning all of the articles I reviewed.