The heights were ever the realm of the Eldrin, and of them, the Primus have ever been the first. First to scale the SilverBlades. First to ascend to the Skyrealms of the Grymhalt. and first to claim kinship with the Dragons of Nimbus, long before the First Iteration. WIth that primacy, Aeroas has ever been foremost of their realms, and now, in this, the last Age, the final and most glorious of them all.   Yet in the perfection of their self-styled exile, Lalada, with the Imperial Council, to which she has become so dependent, finds the Empire at a crossroads. With the rediscovery of Trantor, which had been at one time the Eldrin global capital, the stability of the whole has begun to totter precipitously on a razor's Edge. For not one Eldrin, but two hold chief positions in the ancestral capital and the Empress who now holds the crown is known to have been from questionable stock, the descendent of Rae by the Unknown One. Her reign has been cautious if not courageous, reserved if not respected.   There are pressures afoot that are inestimable, and that which has always been first among the Eldrin may soon lose that prominence. The fates only know.   The Seven Cities of Amber   Major points of interest Cave of Lost Dreams, Mines of Jezr'rse, Caverns of the Quagon, Snowlyn's Calling     Internal Conflicts Allies and Enemies Dwarves, Giants, Raiders, Orcs Primary Occupations Resources: Innidoran Elves, Silverblade Dwarves Culture and Customs: Superstitions and Beliefs: Rituals: Cuisine: Festivals & Holidays: Education and Upbringing: Leisure and Hobbies:
Decorated Military Units:

Planter, 18 Vigils, 130 AR, 8I - Caer Durallond- Denebrius 'Dapper' Stathos, reporting.   In a surprise reversal, the Eldrin High Council, in accord with Empress Lalada, has opened formal relations with the Fae Rie Courts today, announcing the imminent departure for the first Primus in three Iterations into that most ancient realm this month. The appointment of Alexandros Virr to the High Court's open seat took this reporter's breath away. As some may recall, Virr had been in exile as a Scorn in the waning days of the Seventh Iteration, bearing news to his Eldrin ancestors and kindred, but unacknowledged by them due to his Mortal bloodline. During his exile, Virr had gained some notoriety and acclaim in his elevation by Alley Cat League, the Mortal-instituted guild of burglars and miscreants that grew into a global concern under his watchful eyes. He was the second GuildMaster of the Guild, appointed by his predecessor, the legendary Rosomah of Cauldron.   Virr's appointment, to many of his Eldrin generation, is seen as a life sentence for him, and his mixed bloodline seems to be the reason for his appointment. The Eldrin people rarely make big changes, and never without backup plans and schemes to cover every possible loophole. Surviving from the Seventh Iteration to see his kind redefined as Walkers, Virr is an obvious choice for a renewed relationship with the Fae Eldrin, as his course has been a redemptive one.   There are those on the Primus Council that opposed the Virr appointment. The most vocal of those, Malselil Branthu spoke to this reporter before the fateful appointment. In his off-the-record comments, there are allegations against young Alexandros that might shake the foundations of Eldrin culture should they become public. But in keeping with the agreements the GNN have with the Eldrin Empire of Aeroas, these veiled threats and baseless rumors shall so remain for as long as I can continue my reports from the now-divided capital. This has been Dapper Stathos, reporting.
Type
Geopolitical, State
It has been decades since the Mortals, Kith or Kin have sought our advice. It has been centuries since we cared enough to reach out, and it has been more than a millennium since we left the Lower world. A new era is upon us and the Aethyr calls
Quote:
"You may be talented. You may be gifted.
But we were, first."
Greetings and Salutations:
"May all Life and Light Shine in you!"
Often shortened to "Life and Light!"

Aeroas has one Envoy, Alexandros Virr at the Fae Rie Court, and this is usually a lifetime appointment.

Aeroas, Home of the Primus

10
In a resolution of the Belladonna Incident of the Sixth Iteration, and with a unanimous vote of the Fae Rie, the Primus has returned to the post abandoned n haste some three thousand years ago, and has agreed to the negotiation of reparations they owe the Mortals they so long maligned.

So much time in your work, it's admirable! I like the feeling that everything in your world seems a little bit alien, it's create a feel of mystery that encourages the reader to know more. I hope you will have the same feeling if you come to see my work, do not hesitate to subscribe if my work is worth it. 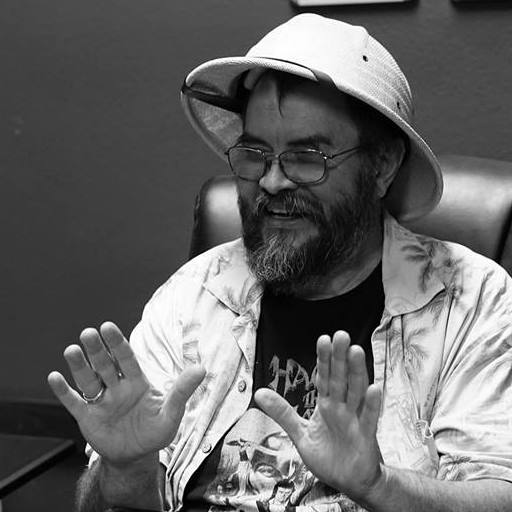 Read it, and I am subscribing. I hope you join us, too... We will be inaugurating our Discussion Boards before the first of April, and that's no joke.

I already read it entirely don't worry, it was super interesting. I can certainly join your discussion board, it will be a pleasure.

Haha, no, I meant I read your stuff. I subscribed. Here is the link to the Nycos Discord. Feel free to peruse it, too. I use the Discord as a kind of agile Q and A, and have posted updates to the activities all over the globe, to bring the whole to life. Glad to have you aboard!

Ahhhh ok, maybe I miss your pseudo, thank you! I will certainly check the discord. ;)