In a world where kids have superpowers, it's necessary to have safety measures to make sure no one gets hurt. Of course, parents, caretakers and teachers also need a break once in a while from the children wreaking havoc wherever they go. Neutralizer devices were the answer to that problem.

-We tested them in our kids. It works.
-Are you sure? We are getting desperate.
-My wife and I slept through the night... and day.
-Deal. You have the funds.
— CEO of Big Dreams Corp and government authorities 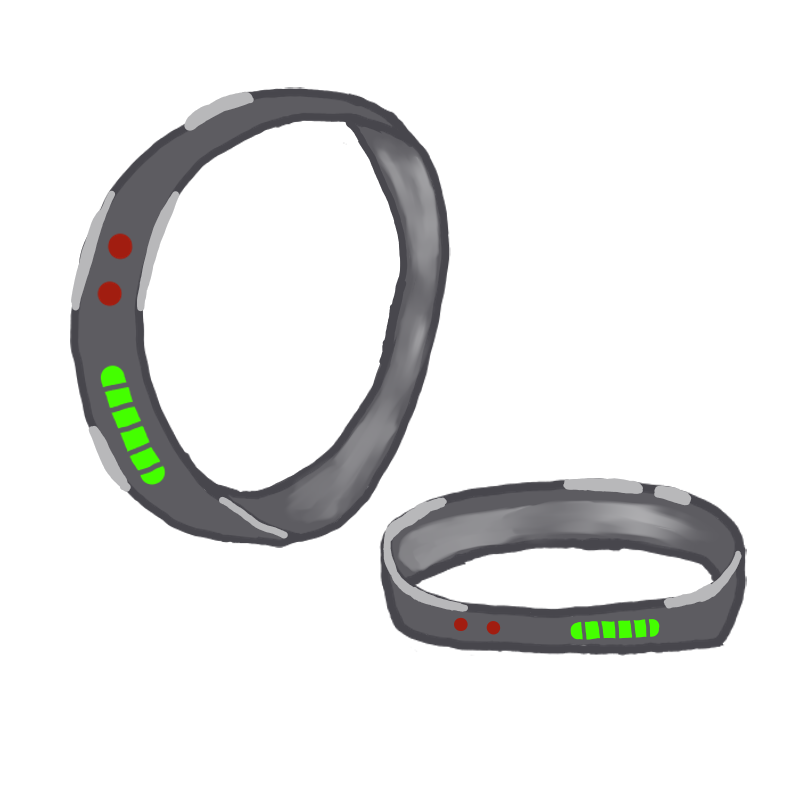 Big Dreams Corp Devices by Julian Ralid
After the discovery of the Mushple Underground forest, the Kimufly and its effects on the kids all over the world Big Dreams Corp dedicated to investigate how to make a profit of it.


Their most popular products, which development was funded by the government, were the devices designed to deplete the kids of energy so they couldn't use their superpowers.


The first generation of these devices made by the individual use of the families were bracelets and necklaces that needed to be in direct contact with the kid's skin. The adult in charge of them controlled the activation of the mechanism in the device that released an electric discharge that affected their neurological system. This had the effect of making them tired immediately and stopped their ability to use their powers until they rested for several hours.


These first models were deemed dangerous by many families because although they fulfiled their purpose, sometimes the electric charges were not well regulated or malfunctioned, and harmed kids' health, not permanently but enough to cause them distress.


Even if the bracelets and necklaces worked fine, they were uncomfortable to wear. Kids did everything they could to break them when their parents weren't watching. While this meant the parents needed to buy more, it wasn't good for the company's image. That's why Big Dreams Corp developed more kid-friendly models, and other companies joined the market.

-Do you have more cute frog pins? I liked that one.
-But you broke it all the same.
-It was an accident! I swear.
-Sure.
— Tech guy and Ola Andersen

After at least a century of dealing with superpowerful kids, this type of technology evolved. Now there are very different kinds of devices. Some are for individual use, and others are located in public spaces like schools, playgrounds, hospitals, etc.


It's no longer necessary for the gadget to be in contact with the kids. Which is useful in public spaces. This type of equipment releases a sound at a low frequency that cannot be heard but induces a soothing effect on the kids to reduce their energy gradually or immediately as needed. It doesn't harm them in any way. 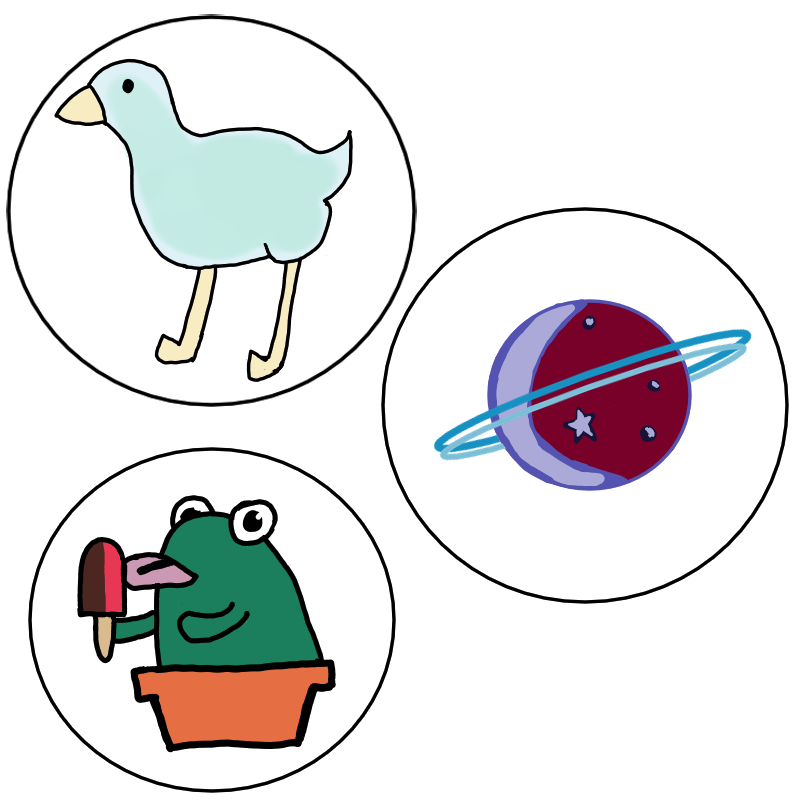 
In The Town on the Nyckaneh Valley, usually the parents bring their gadgets with them, and then they are passed along when older kids grew up and no longer need them.


The devices for individual use are patches. On one side, they have colourful and cute drawings, and on the other side, they have a special type of velcro that sticks to the clothes. It's difficult to lose, even in the more rowdy games the kids can invent. Inside the patch is the mechanism to prevent the kid from using their powers. The parents have the control to activate it. They can also schedule when the gadget will start its effects. It's a good way to have an easy bedtime, and the Monsters go away! ritual. 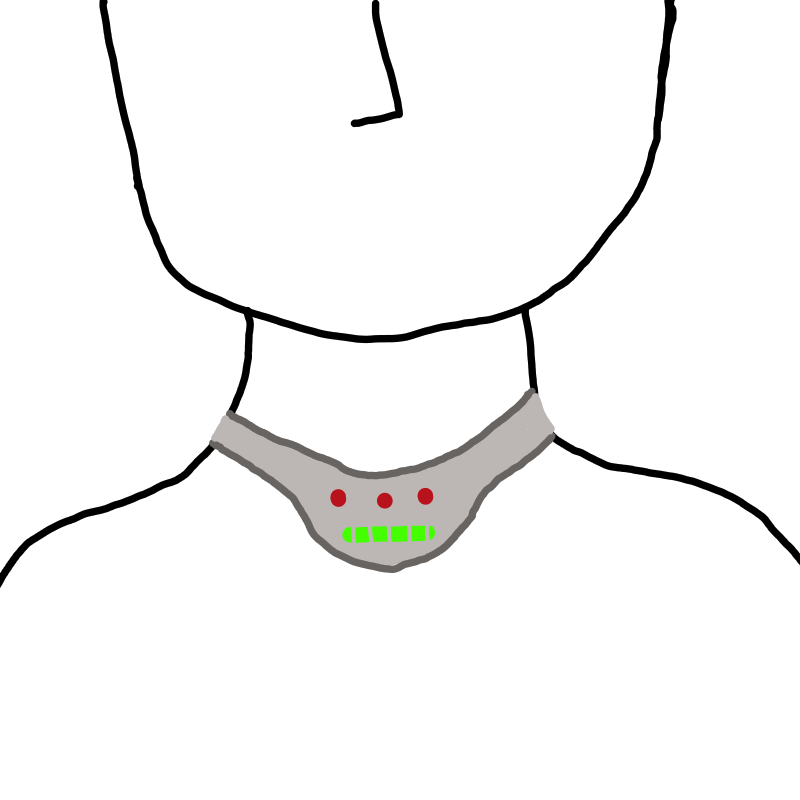 -Babu, my neck it's itchy.
-It's that damn thing your parents got you.
-My skin is getting red!!!
-I'm going to take it off now. I don't care what your mother said.
— a grandma and their grandchild 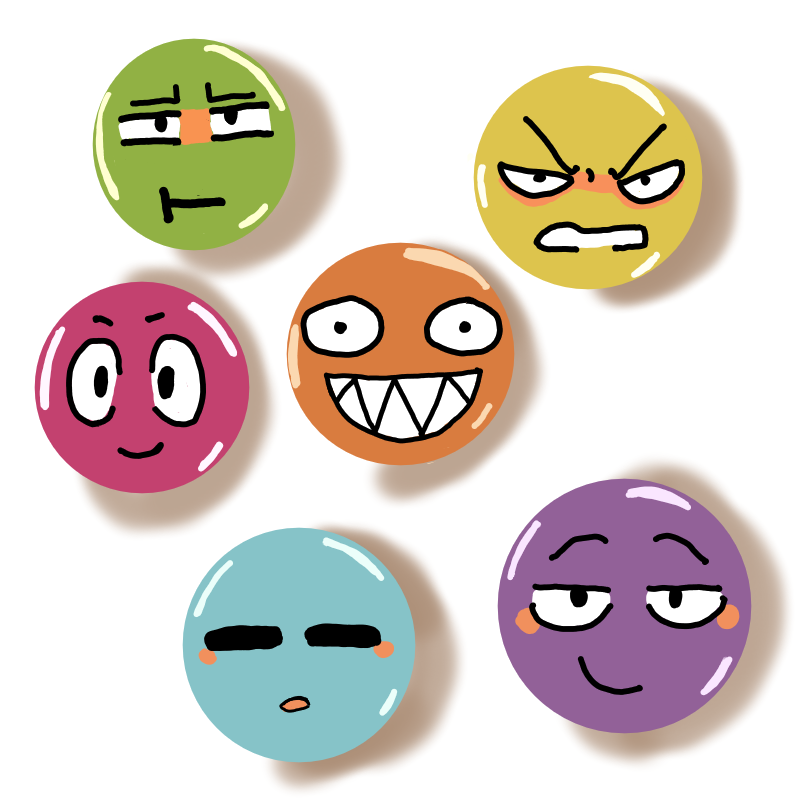 There is a very popular type of these devices. Pins that stick on clothes and change colours and faces at random. These gadgets are a bit more expensive and are very sought out in Nyckaneh. The tech shop is often busy fixing them or recreating something similar for the older kids that doesn't have powers anymore but still like the pins.