The first experiments with samples in our laboratory indicated an 85% of success in the replication of the mushple in our soil. According to our calculations, we'll have a cure for our entire population in a short period. We are saved.


My fellow explorer indicated we must leave behind one storage container with a few samples of mushple and one harvesting machine to guard it. I agree this is the best decision, in case we fail in our journey home.


-I think we need something more. No way we can move this rock with these tools.
-We brought the explosives for that.
-I wonder why the bosses are so interested in this rocky, smelly cave.
-The answer is always money. They would exploit kids for profit.
— Two workers on the verge of a groundbreaking discovery

The mushple container that was left behind with samples was a miniature greenhouse built of sturdy metal and glass. It had equipped the components to sustain the life of the mushples inside for their entire life cycle, millennia. The harvesting robot was supposed to guard it, so no harm would come to the samples, in case the explorer returned to take it, but only they were supposed to reach it.


-What, in the name of the stars, is all of this?
-I haven't ever seen anything like it.
-Did you feel that rush of energy and flash of light after the explosion?
-Yes, but it was gone in a second. We better call the bosses.
— With a bang, the world changed 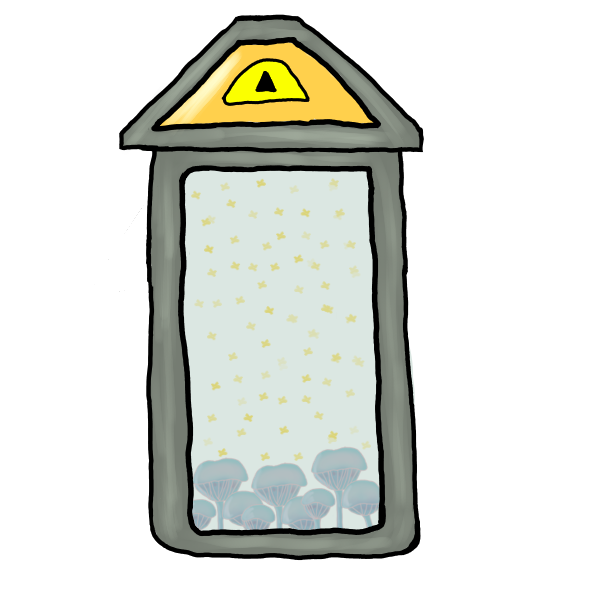 Answering: "A lost or discovered artifact of significance or power."
Visit Julian Ralid's Competition Page Check all other answers to this prompt Competition Homepage