To harvest the Mushple a series of machines were deployed in the deep caves. This way the explorers wouldn't be exposed to the dangers of that unknown place. They remained on the surface while the robots did all the hard work of excavating to reach the mushple, harvest it and put it away in the storage areas of the ship.


-I am amazed at what these machines can do.
-Why? You've seen them work on our planet too.
-Yes, but here I can barely move with this suit and the helmet on my head. And these machines are still so damn efficient.
-They are machines, made to work under any conditions. While we are... you know.
-Yes, I know.
— Two scientists on the planet 856-KLO

Thanks to the extensible claws and laser technology, the harvesting machines excavated through the rock to create safe tunnels and set up rails to send the mushple from the underground caves to the surface. There they started the processing and storage. It was important, because of the delicate situation in the explorer's home planet, to get ready the mushple for distribution and consumption at the very moment they came back.


-This is it. I hope you were right.
-I'll try it first. I'm responsible for this journey and this discovery.
-I pray the stars to grant you health.
-I'm ready. Give me the first dose.
— Two scientists testing their theory

Once the work was finished, the two explorers supervised and programmed the harvesting machines to dismantle and put back on the ship all the evidence of their visit to the planet 856-KLO. Even the tunnels were collapsed to erase any trace of their presence. Hidden in the deep cave, out of reach, to any sentient or intelligent being, remained only two pieces of tech: one robot and one container with the last specimen of the mushple. The task of the robot was to protect it by any means.


-Are you sure this is a good idea?
-We are cured. I was right.
-Yes, but leaving this behind was not part of our orders.
-Trust me. This is the best choice. What's the worst it could happen?
-I wish you haven't said that.
— Two scientists gambling with life 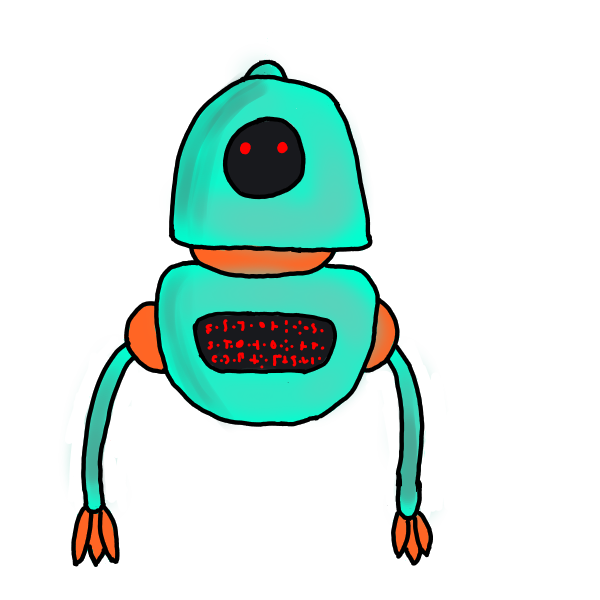 Answering: "A technology lost, forgotten or shrouded in mystery."
Visit Julian Ralid's Competition Page Check all other answers to this prompt Competition Homepage