Akanni Okoro is known as the man that found Nyckaneh Valley and established The Town there with the goal to build a community for his and their friend's families to grow up free and safe.

-Aky is so gentle with his little sister.
-He is very protective of her, when he is not out there exploring.
-And you let him?
-Of course. He is a smart kid and he can make force fields.
— Akkani's father and his uncle.

Akanni was born in a rural area away from the big cities from his father Adewale and his mother Yejide. He grew up in a loving family. His parents treated him with love and always insisted he became a good man.


At school he had many friends, and his teachers always complimented his honesty and how he wanted to help others. Some teachers didn't like that Akannki asked many questions and had a tendency to spend more time exploring the surroundings of the school that inside the classroom.


When his sister was born he was four years old and the family moved to a big city in search of a better future. That decision changed Akanni's life.


Akanni had the superpower of making force fields, he mastered his power very soon, faster than other kids his age. For years, no one paid too much attention to him, because force fields wasn't as flashy like flying or chaotic like moving object with the mind.


That changed after Big Dreams Corp took overthe control of the superpowered kids. One day the company's agents went to their school to examine the kids. The school allowed it without informing the powers. While the examination was routine they took special interest in Akanni and set him aside. They wanted to perform more experiments on him but he refused, using his powers and with the help of his friends he escaped to his home. Chaos broke at the school and he managed to get away just before the neutralizer devices were activated.


When his parents learned about what happened at school they were furious and wanted to demand the authorities and Big Dreams Corp for what they did, but all Akanni wanted was to be far away. The family decided to come back to their little town where they were happy and their children would be safe.

-We must do this for their sake.
-I know we are in danger here, but I'm scared.
-Me too, but for you and my kids I'm willing to face it.
-My dear Aky. We'll follow you.
— Akanni and his wife.

In his youth Akanni remained a good hearted man, protective of his people and with a desire to explorer new places. He met a girl when he was in university. Her name was Mayowa and she loved learning, adventure, and new experiences. They fell in love after sharing years of friendship and decided to get married. Soon after their marriage they had twins: Dayo y Ayokunle.


Once he had his sons, Akanni became a doting father, but he was scared by the moment his children got their powers. The memory of what had happened to him, returned to haunt his dreams but this time to his kids. He talked about his worries with his wife and together decided it was time for a new adventure. Akanni left his home in search of a place to build a new life where Big Dreams Corp's greed never could touch them.


In his journeys he found Nyckaneh Valley, the choosen location to build a town away from the rest of the world. He put together a group of families willing to embark on this enterprise for their safety and some months later they were starting to settle there.

End of the path


Today we honour my husband, the father of my kids, leader of this little community and a friend for all of you. His presence will be missed but he went in peace. He crossed to the other side and he still held my hand...
— Akanni's widow

Akanni, his family and all the people that built The Town were succesful. Although they passed through many hardships, their kids were safe and happy. Many stayed to live there forever, like The Okoros, other returned to the big cities after his kids lost their powers.


Nyckaneh's population grew, and with more people they needed more resources. They worked hard to make it a good place for everyone. Akanni was their leader, not because he craved leadership, people wanted him to lead them, they trusted him.


His last big project was to create an organization to protect towns like Nyckaneh all over world. Thus The Protectors was born.


Akanni died of old age in the town he founded, surrounded by his family, in peace. He had retired for leading the community a long time ago to enjoy his grandchildren. After he was gone, the people swore they will honour his legacy. 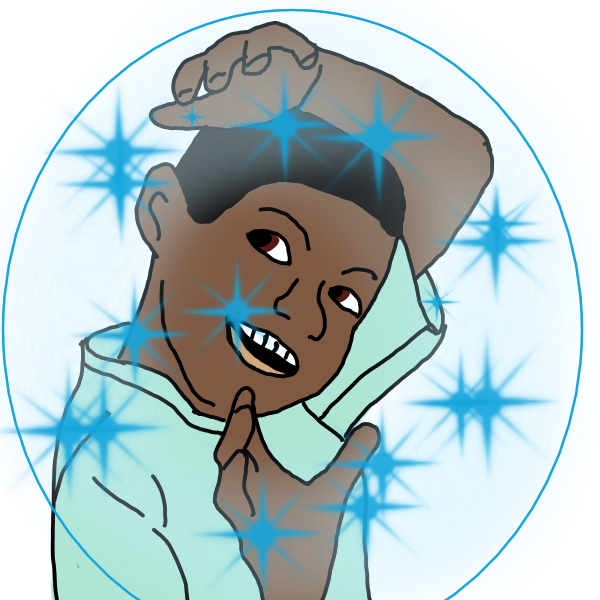 Go to bed or else!

The history of a man and his life's work

Answering: "An Explorer, Researcher or other character motivated by discovery."
Visit Julian Ralid's Competition Page Check all other answers to this prompt Competition Homepage