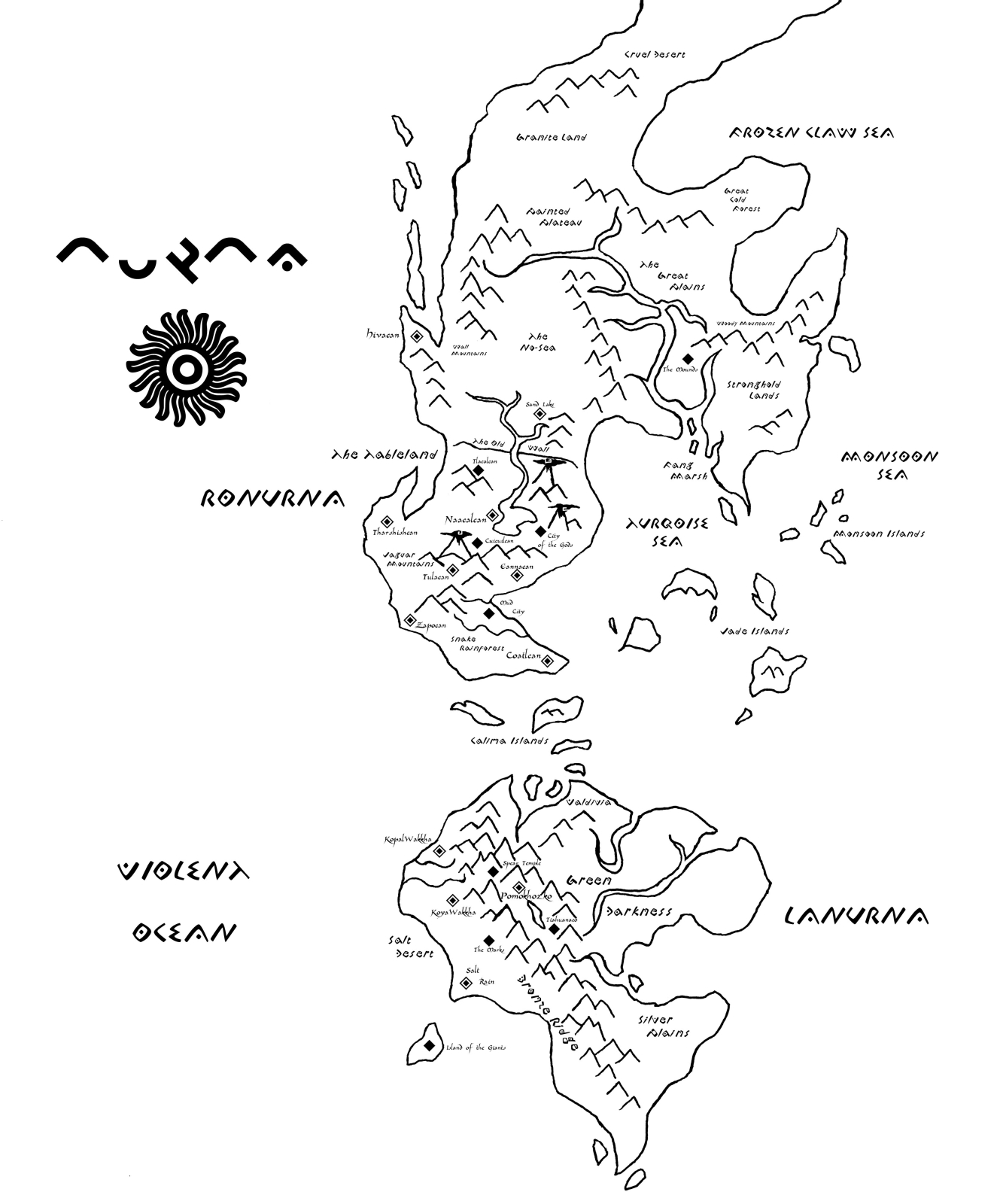 Nurna (Noornah) is a primitive and wild world: from its northernmost point, to the furthest south, you can find kilometers-wide forests, plains that extend as far as the eye can see, mighty rivers, cruel tundras and deserts so dry that seem to eat you alive. But, even most parts of it are still virgin and untamed, it is not a young world: among the mangroves of the jungle or scattered in the wastelands you can find ruins of times past, full of images that depict creatures that can no longer be found among the living. These are the testimony of the Ancient Worlds, old versions of Nurna that flourished in past times, and collapsed by the unstoppable force of The Great Dark One, who threatens the world millennium after millennium. If you want to survive in a world like this, you must know how to survive in the nature, but you will also need to respect the teachings of your tribe: those contain the secrets to escape the voice of the dark trickster, always whispering in your ears.

Nurna has varied greatly in its appearance during the last 15,000 years: in all that time, seas have dried up, lands have emerged from the depths and mountains have sunk into the waters. It seems that the lands that form Nurna had been moving for eons, pushed by the vortex that forms the presence of the Dark One on the world. Its influence in the world undoes the continents slowly, recomposing them in chaotic ways, slowly but inexorably.   Today, Nurna extents from the north pole to south pole, split into two similar halves. The northern half is known as the Ronurna (Roh'Noornah), while the southern half is the Lanurna (Lah'Noornah). It is known that in the past these two halves were part of a whole, which coexisted with a third continent: Aztlan. But then the Fourth Destruction occurred.   According to legends, during the Fourth Destruction those two halves of what was Nurna splitted, and the Sea of ​​the Pass was created in-between. Aztlan, on the other hand, sank under the waters, leaving after it an shroud of ​​darkness, a shadowy wound on the surface of the world. Today it can still be seen on the western horizon if you sail deep into the Violent Ocean, looking like clouds of distant storms.

Remove these ads. Join the Worldbuilders Guild
Introduction to Nurna

This World was colder an darker than Nurna. Fish people ruled the darker depths, while giants roamed the land. In this Era the ruins of the No-Sea and the City of the Gods were built

This world was colder than Nurna, and storms were more common. The kawak, powerful storm dragons born from the earth, were the supreme rulers of this age. Tlacalcan, Cuicuilcan, the Mud City and the Spear Temple were built in this age

This world was hotter than Nurna. Most of the world became an unhabitable desert so many races went underground. The nunnehi, the elves and the orcs remember this age in their myths.

This world had a climate similar to Nurna, only a bit colder. This was the era of Aztlan, and the birth of the actual Nurn civilizations. In this era, the moai of the Giant Island were built, as well as the city of Tiahuanaco. The dwarves start their calendars in this world.