The Secretive One, The Moon Goddess

If Tama-Nui-Te-Ra is the sun; the knight in guard against darkness, Mu is the moon; the lady who keeps watch while the sun travels through the underworld in order to dawn again. Mu is considered the Mistress of Secrets, and Luck's Lady: she is praised by people with something to hope from fortune, from thieves to worried mothers. Model wife, but sneaky trickster as well, this goddess is an enigma by herself. Her totem animal is the jaguar, and her favored weapon is the bow. 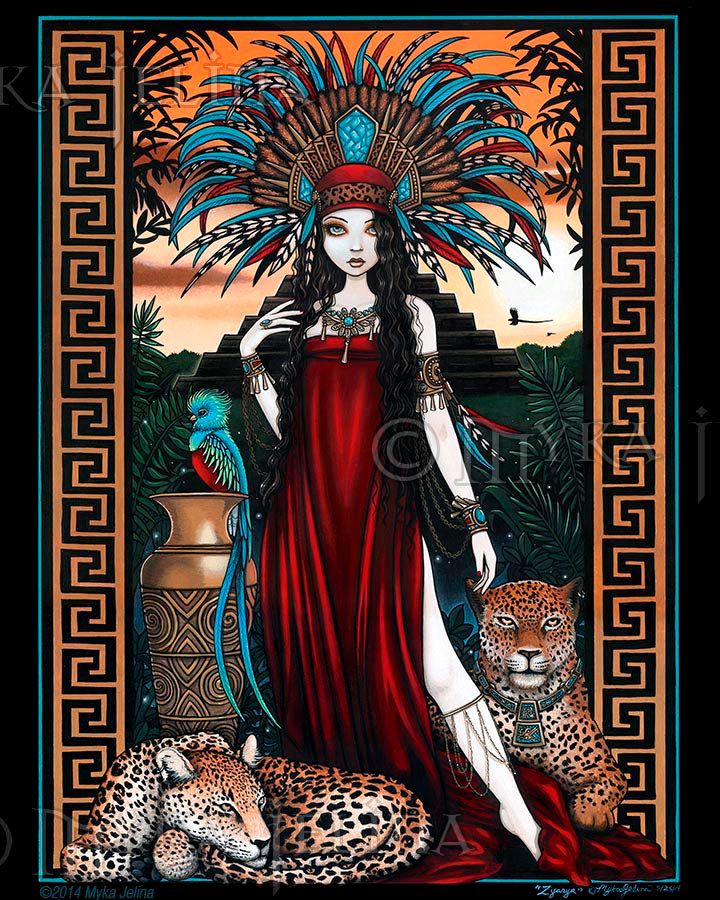 Life Domain and Trickery Domain   Mu rules over the moon, love, secrets and fortune. Is the patron deity of the Naacal queens, since the times when those were the female chieftains of the Mu-Nui Tribe, the Tribe of the Moon. Nowadays, it can be considered one of the patron deities of the human race.

The lunar crescent insert in a circle, sometimes with the outline of a jaguar insert in the circle as well.

THOU SHALT NOT REVEAL SECRETS, EVEN WITH YOUR LIFE IN PERIL   Mu worshipers think that secrets are the domain of her goddess, and what makes the world work. That's why they keep secrets secret with zeal: for them any revealed secret attracts the fury of their feline goddess. Furthermore, most of them keep secret the fact they are Mu worshipers.   Commandment rules: characters who worship Mu will refuse to tell secrets they know, and they will spend at least one skill point in Bluff every level. Not spending this point will be considered a violation of this commandment and the character will risk become tainted.

Luck's Festival   Luck's Festivity is celebrated in the Naacal Empire the first day of the month of Balaam, the month of the Jaguar. On this day, people make jokes or act like everything is upside-down: usually, rulers dress themselves like beggars, and beggars and other people in need of the city are dressed like rulers by other citizens.


Remove these ads. Join the Worldbuilders Guild
Gods and Commandments