When they first landed on the southern shores of Nidus, the Merdans were many people. They hailed from the Old Cities of Alain, Ishem, Briton, and others. But to the Nidans they were all the same, they were Merdans. To the Asterians, they were Imperials, old enemies of their former masters. To each other, as the Empire grew and bent all the other settlements to their whim, they became Britannians.   The Britannians are a tanned people, broadly built with powerful forms. Their hair can be as white as the suns light or as black as midnight, with eyes of duller shades. Their towns and villages are lead by the powerful, the commanders of the garrisons or self proclaimed lords of their areas, who rarely require secondary or tolerate any upstarts.   They are a people who, while once pampered by the free time given to them while their slaves worked in the old days, are not unused to grueling labor. As soon as the few of them who survived made it to Sanctuary, they settled around the river plains that reminded them of the Divinia and they toiled in the soil until life came forth. They were farmers, herders, they poured sweat into the earth and commanded it give them sustenance. At the same time they prayed, asking Kresimire to give them strength to lead the flocks of man and rebuild their lands.   The Britannians love surrounding rivers and plains where their fields can grow unhindered. They maintain few villages, preferring to gather into larger established Towns as they find comfort in numbers. They begin with Troops who have martial discipline grilled into their being and often find them needed as their people grumble about the conditions they’re forced to live in. But with the Faith, the masses can be appeased and taught that things are the way they are to ensure survival. The strong must guide the weak, so says the Divine. 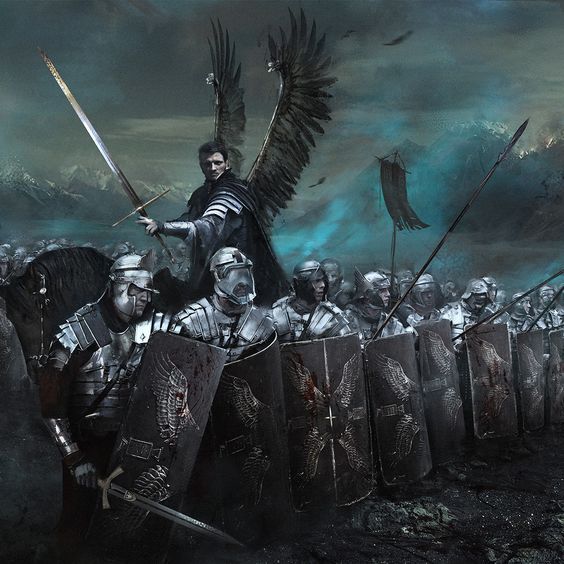 The Empire of Britannia

Settlement | Nov 15, 2019
The Who
Cover image: Eruption by Patrik Arvidsson