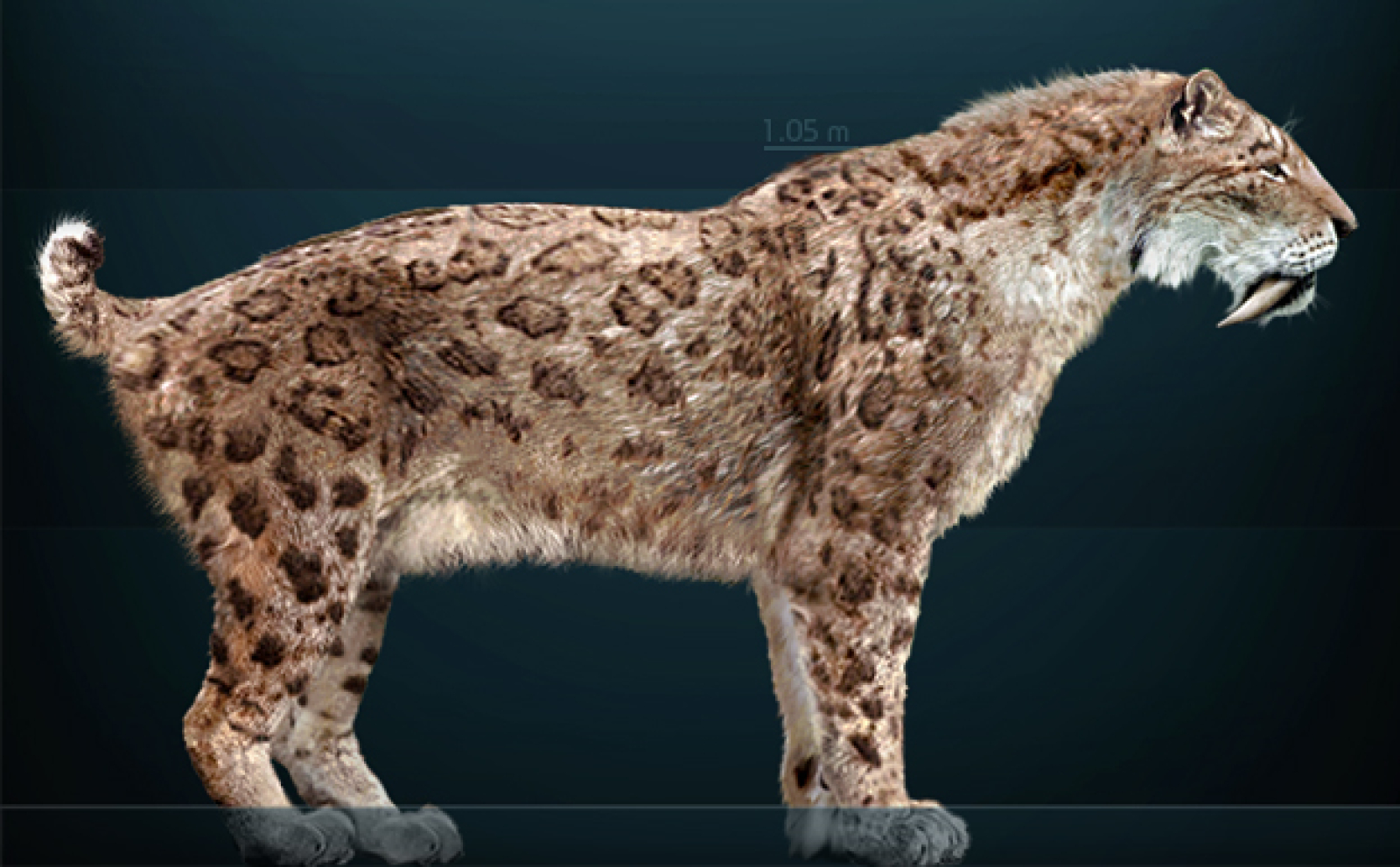 A powerful and widespread race.

While also used to refer to the species at times, the ethnic group of Sabers refers to any and all creatures classified as having saber teeth. If the teeth protrude from the upper jaw and the species is known as being predatory in nature, they are considered a Saber. Sabers are one of the most prevalent ethnic groups. Saber-toothed animals have been present almost since the beginning of advanced life, so it only makes sense for there to be a great number of them. Originating in Molter, Sabers have since spread across all of the continents of Novanati and have settled successfully almost everywhere they go.

Sabers, while they prefer warm climates, can adapt to live in any climate thanks to their adaptive builds. Sabers are present in almost all ecological niches, however they are solely predatory in nature. Because of this and convergent evolution, there have been many instances of similar-looking Sabers who were, in reality, not the same at all (see any saber toothed cat versus Thylacosmilus, a saber toothed marsupial). Sabers are most commonly found in areas that are warm with large, open grasslands to accommodate their prey. This is useful for those who hunt and those who farm their food.   Those who live in warmer climates tend to adapt to have shorter, thinner fur, usually without a thick undercoat to trap heat as it is not needed. Their fur also tends to be lighter in color and soft. In desert climates, hairless varieties and mutations of Sabers have been recorded. Males will have thinner manes, or sometimes even no mane at all, depending on how hot it is. Grassland Sabers do tend to have slightly thicker manes regardless of climate, however. They are also usually more streamlined, including the females. While not necessarily thinner, they have more of a runner’s build compared to the stockier build of animals who live in colder climates.   Sabers who live in colder climates tend to adapt to have longer, thicker fur, almost always with a soft thick undercoat and a long coarse overcoat. Depending on whether they live in an area with high snowfall or not, or mountainous or forested areas, their fur can either be much lighter to match the snow, or darker to match the shadows of trees and rocks. Their fur, as far as texture, will usually be coarser and rougher than those of the Southern variety. Males will have much thicker, luxurious manes; depending on how cold it gets, sometimes even females will grow manes to protect their heads and neck and keep warmth in. They tend to be built thicker with more body fat. Their legs also tend to be shorter and their paws are larger.

Feminine names in Saber culture tend to be linked to physical prowess and ability. Because most Sabers, regardless of whether they are feline or not, form prides, the females are more often than not the ones who perform many of the physical tasks. Most males burdened by a heavier body and/or a thick mane are unable to do much of the hunting and building due to heating quickly, unless they live in a colder climate. Therefore, female names tend to reflect their place in society as the builders and creators.

On the other hand, male Sabers tend to have names referring to their personality, appearance, or overall nature. Paternalistic names are often given to male Sabers even before they have cubs. Males tend to be the nurturers, the ones who do most of the cub-rearing while the females are busy hunting and building. Males also tend to be highly political creatures, and participate more in the democratic process than their female counterparts. Even so, few hold leadership positions.

Most unisex names are applied to creatures who either do not associate with binary gender, or who feel as though their gender could essentially go either way. These names are usually chosen by the individual Saber, and thus, there are few conditions to follow.

Most commonly, unless the family is mixed-species or they originate from a different continent, Family names are Molterran in nature. They are closest to names of African origin thanks to this.