Go to Not Just Death... Homepage

NotJustDeath
Blamebow_United
Castiel2020
crispy84
Dumlorf
"Not just Death" is an RPG set in the future of an alternate Earth where magic and vampires have evolved alongside advanced technology and spaceflight.

After a space exploration drone from the Continuum Corporation discovers a piece of ancient alien technology deep in the asteroid belt, they send a team of their best to investigate. The team discovers that the device creates a stable wormhole large enough to fly their ship through. On the other side, these adventurers discover an immense galactic bureaucracy that has labeled humans an "uncontacted primitive civilization" in a backwoods part of the galaxy. A team of the Continuum's best diplomats have recently petitioned the powers that be to recognize Earth as a Sentient Species.

While awaiting the outcome of these bureaucratic procedings, the Continuum continues to explore Earth's galactic neighborhood and meet their inter-stellar neighbors. Anything can happen as characters trek across an unyielding galaxy, encountering wacky and horrific alien life along the way.

Click here to begin your orientation as a Continuum Agent, or skip ahead to Character Creation. 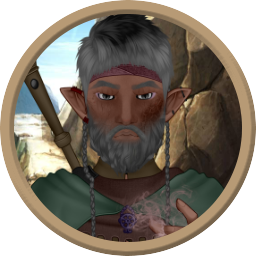