Nova Spas is a territorial domain with certain authority over itself and recognition by most nation states of the world and the UN, located on Entente Island to the south of France, this city holds one of the biggest population of super humans known to the world and is the place selected by The League of Heroes to send all the super humans around the world that either do not belong into an Autonomous Society or a Guarded Nation. Because of this, this city is composed primarily by immigrants from all over the world.

Nova Spas is the most diverse city in the world, with al estimated population of 75% being immigrants, many of which were forced into the city and came from all parts of the world, the city has faced a monumental challenge to integrate all this citizens into relatively peaceful relationships, all this with the use of numerous civil programs of integration.

This tables shows roughly the population of each part of the city.

Just as equally diverse to their population, are the religions of the city, for this, the city has constructed several temples dedicated to the various religions spread all the city on strategy positions. For example Catholic and protestant churches on the Spanish Neighbors and Buddhist Temples on the Indian Neighbor, Chinese Neighbor and South East Asia Grid.

Because the city gathers super humans from all sort of cultures around the world, the diversity of the city is staggering and is very evident in the various Religion affiliations of the citizens.

The city is considered to be part of The League of Heroes, although it is granted some level of autonomy in the form of the various powers it has, the League still has strong influence over the city.

League of Legends distribution of powers and administrative bodies

As of today the powers of The League of heroes is divided into different entities, some of these acting under different circumstances, in some cases The League is integrate firmly into this entities, in other is only has certain powers.

The institutions dedicated to enforce the law on the city are the SPE Forces that interfere when ever there are direct super human threats in the city. The Police department is task with serving the citizens regarding the local laws and regulations.

This institution is tasked with proposing, voting or reforming for or against new laws, rules or regulations. The Supreme committee takes part in the decision that influence the whole organization. it has by far the biggest number of seats.

Local Senate influence the local laws and regulations of the city, its members are called senators and are democratically elected by the citizens, although in most of the cases, the senator end up mirroring the different cultural groups of the city.

The institution takes with interpreting the law and enforcing sentences. This institution is very similar to the ones found in other democratic nations, having two entities, the Supreme Ruling Court for the whole organization and the Local Ruling Court concerning more specific cases of the city.

This institution is in charge or auditing all other institutions and making sure they are following the rules and protocols as intended trying to reduce any management of influences or corruption.   The Supreme Procuracy focus on the whole organization and the Local Procuracy is focused on the city.

This is a special institution only present in Nova Spas, they are task with integrating all the new immigrants of the city into society, they use strong social programs for education, employment, healthcare and public spaces to make relations between the citizens go as calm as possible.

Under the pressure of the UN and other nations such as USA and the USRR, the City was prohibited to have any sort of army or military forces, the city is instead protected by NATO.   NATO provides all the necessary defenses against modern warfare, such as antimissile defenses, air force and reconnaissance, the organization has a small Military base at the center of the City, their primary task y to defend the city of external threats.

As strabismus by the regulations of The League, the city cannot train super humans to use their powers in any harmful way, because of this no super humans are allowed in any law enforcer position, this means all law enforcers groups, policemen, anti riot, guards and such are exclusively formed by normal humans. In addition to this, these groups are at the disposition of the city and not The League.

The League of Heroes Headquarters

The Congress of The League

The seat of the legislative power, this building hold tree massive audience rooms for the Supreme Committee and the Local Senate and the Assembly of AS.

Seat of the Judicial Power of the organization in all its different tiers.

The seat of the Auditory power of the organization.

This is the seat of the special civil service program of the organization, it uses the aid of other specialized organizations to achieve its goal.

In order to provide proper education for its citizens the GASO uses different educational institutions on the city. all children must assist to these institution and are required to graduates at least for the General level. Superior Education is highly encouraged too.   The GASO has declared that all educational institutes must be equally distributed in regards of cultural disparity, as such, no institution is allowed to hold only Spanish Speakers, or Islamic students, all institutions must have a proper distributions of students to make sure a proper integration is assure.   For the case of the General and Seed Institutes, is common for various children and teens to be taken away from their home, in the case of children, The League allows one parent or family member to come to the city along side the child, but the child will remain in the institution offering shelter and food for the child. the Adult can decided to handle for itself or be part of the various programs of the city. For the teens, this part is optional, some decided to come alone and the Institutes will offer then shelter and food along side education.   Because of this, is common for these institutes to also have a set of apartment blocks to accommodate their students, making the Institutes a small community within itself.

The cultural diversity of the citizens of the city also means a diversity of religion, and although the city has decided to build all sort of religion buildings across the city, they have also established the Religion Street, a place where there can be found the biggest temples for all the different religions of the city. This place is filled with different devotes for each religion and the city puts a lot of effort to make sure no conflict between this different temples sparkles. Religion tolerance is one of the main programs the GASO takes with a lot of focus and for the most part, most citizens lived in harmony in regards of religion.

While the city was developing and growing incredible fast, a general phenomenon present itself around the periphery of the city, once downtown ended and the different neighbors began, a small and busy commercial zone was established by its citizens, naturally, because these zones limited with those neighbors they adopted a feeling and ambient similar to that culture, this was happening all around the city periphery and GASO decided take advantage of it, promoting more commerce and development and making all these circumvent streets only allowed to pedestrians.   The result was The Rainbow Ring, a set of streets circulation downtown where there can be found a lively and very diverse commercial zone, it offers from restaurants, bars, discos, to general good stores, electronic stones and small malls, clothing stores or crafts stores. It is said that walking along side the whole Rainbow Ring is equals to traversing the whole world.

It was original a simple settlement mean to be temporary, when The League of Heroes decide to protect the super humans persecuted across the globe, they offer them a place to be safe, by that time, after the WW2, many countries around the globe had a great fear of super humans, after seeing the horrendous atrocities they committed at the war, many super humans were being persecuted and imprisoned or executed, this caused serious problems most of the time, these persecutions usually involved the dead of many more humans, since the super humans will not allow themselves the be caught or killed so easily and in their self defense, they end up killing more and more humans.   Because of this, The League force the nations of the world to protect their super humans, with the aid of the League themselves, but due to the little interest of many nations, they instead offered the solution to take care of those individuals, thus, the settlemeent was establish.   After some years and the imminent grow of the now City, many members of the international community were affray of this move, since having so many super humans together could represent a real risk to the world in general, The League enter a fierce debate with the international community and the UN, after 2 years of long negotiations, the rules were established: The city would to stay and grow as any other city, with total recognition and sovereignty, however it will be limited on its powers, the city would fall into The League authority but was as equal to the UN.   To this day the city itself is still a focus to fierce debate, to many authorities in the world, the existence of such place will always represent a threat to the world.

They persecute us and execute us, they never wanted us, they hate us and when we finally were able to get out of their lives, they were happy, IT WAS THEM the ones who sell us to The League, IT WAS THEM that decided to don't do anything but kills us and massacre us, and now that we are happy and well in OUR CITY, now they search for excuses to mark us as dangerous to the world.
They are so blind, so ignorant, so childish, like if there weren't any other groups full of super humans in the world, we will always be present, no matter what, the best you can do is either be our friends or be our enemies, and believe this, You do not want to be our enemies.
— Dr. Blofeld, Supreme Committee member of The League of Heroes, 1973

The city is located at the Entente Island, to the South of France, it was a relatively empty island for much of its history only taking an important part in World War 2 when the island became an important view spot and communication tower for the Allied forces until it was ultimately taken by the Italian forces, when the League looked for a place to group all the super humans Entente Island was viewed as the best possible place, with some negotiation France agreed to gift the Island to the Organization, although rumors of some management of influence was suggested at the time. 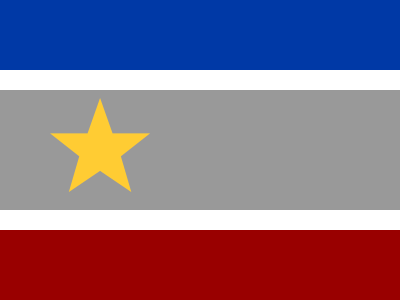