One of the stranger traditions of the Raitin is their celebration of the new year. During this festival a parade takes place in which many of the Raitin are dressed as frogs and constantly jumping.

The tradition dates back to the creation of the Sovereign Prophecies. According to the myth the prophet Hakano received visions while spending the night near the Cloud Crater. He returned to his home and for 10 days he furiously wrote his visions down. When he looked back at them he was amazed at the strange texts he had written down and the drawings he had drawn.   No one would take the prophecies seriously until one event drew the Raitin's attention to it, the walking frogs. Not shortly after the death of Hakano the village was overtaken by hunderds of frog that walked like humanoids while holding small lanterns and other items. The ones who had seen the drawings of the scrolls immediately noticed the resemblance and consulted the scrolls. 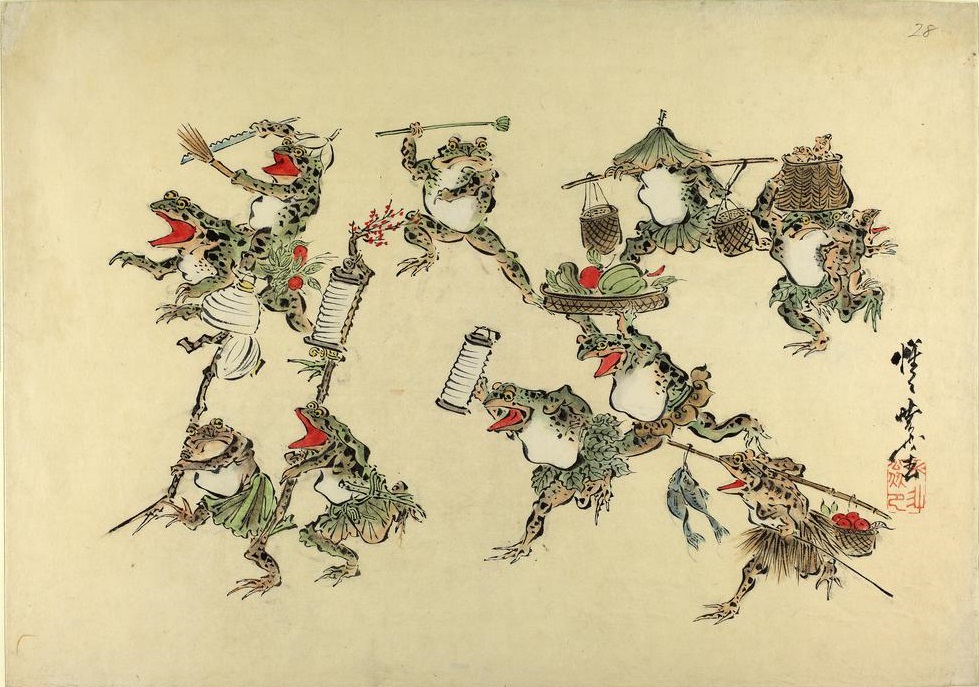 The wise man sleeps near the clouds. Dreams will never end. 10 times the sun goes down and many years to come. All the frogs do walk. When crytsal falls in silent pond silence will return.

The frogs remained in the village for a long time no matter what the people tried. Only when one person threw a Fall crystal in the nearby pond did the frogs return to normal. This story made the Sovereign prophecies popular and would become the start of the Frog Parade festival.

To celebrate the first year anniversary of the event the people of the village started doing a small parade with laterns and music. This small festival grew in size every year as nearby villages started to join. Eventually other villages started adopting there own versions of the parade which gave rise to all kinds of different dates for the festival.   When the Sovereign Prophesies became officially accepted among the Raitin no one could agree on the date of the festival. The leaders of that time decided to use the date of the original village and combined it with the previously existing new years celebrations. 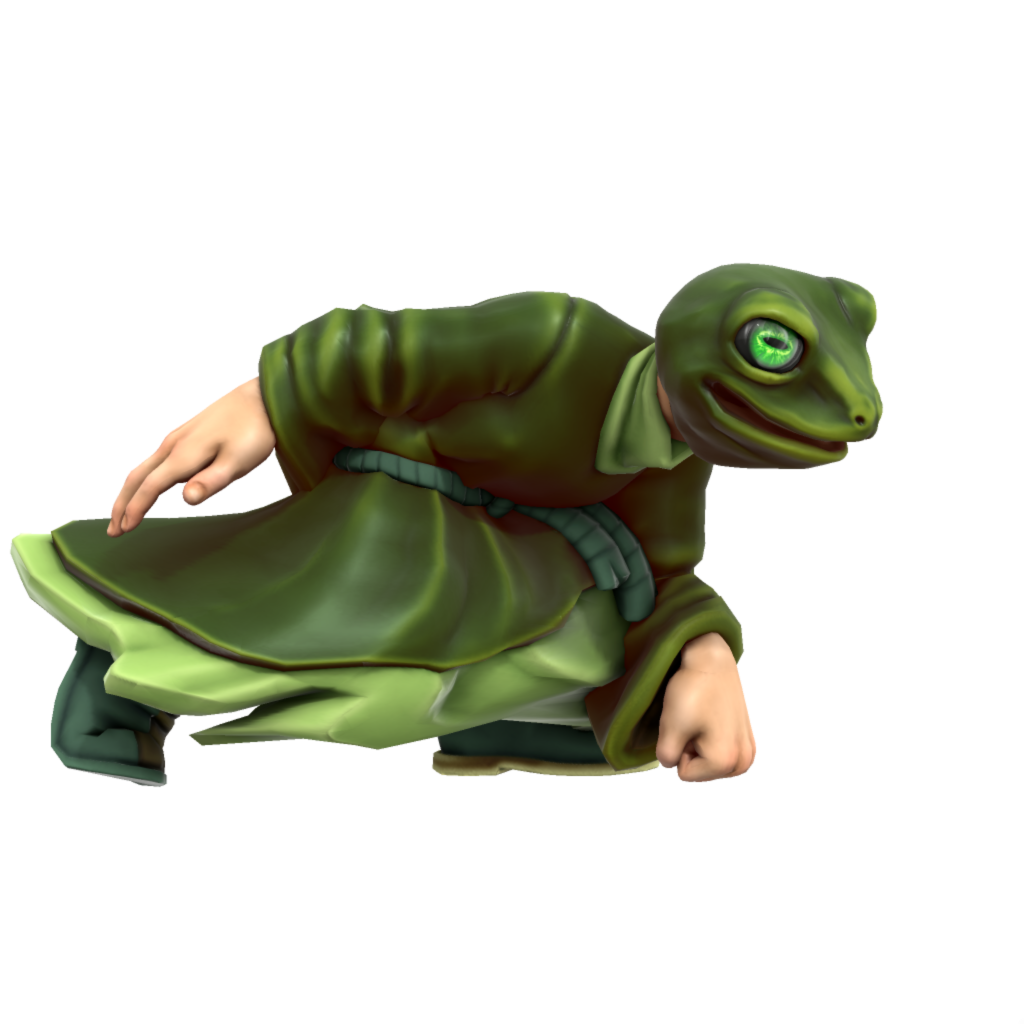 Before the start of the Raitin new year the local people gather in the center of the community. All children of the settlement and some older Raitin are given green outfits and a frog mask which they will wear for the parade. The chosen adults for the parade changes every year and is in most places based on a random selection. Those who were not selected will cheer on the parade from the sidelines. But although both adults and children participate, they get different roles.

The children get the most fun role according to some as they can act like they are truly frogs. While wearing their outfits they jump like frogs would do for the entire parade. Make frog sounds during the jumping is part of the experience as well. Only children between 6 - 16 participate in this manner. Afterwards they are only allowed to participate with the adults.

The adults performing in the parade have a different role. They often wave around colorful banners but most important of all walk around with a lantern. This is done to mimic the exact way the frogs acted and is a great way to honor Hakeno and his prophesies.   In addition to walking in the parade several of the adults participate in deep throat singing. The music they create in this way is said to give the bystanders a spiritual feeling.

The ones who stand on the sidelines of the parade are also participating to a degree. They rhythmically clap their hands while shouting the "Jump! Jump! Jump! " chant. Once the parade has passed they start following it to the end destination.

The parade always ends at a pond where the final ceremony takes places. A priest, also in frog costume, gathers all the other parade participants around the pond. When everyone is present they start a throat singing song. When the song has ended all the bystanders start chanting once more. This lasts until the priest throws a Fall crystal in the pond. When this is done the entire crowd cheers and the celebrations begin. 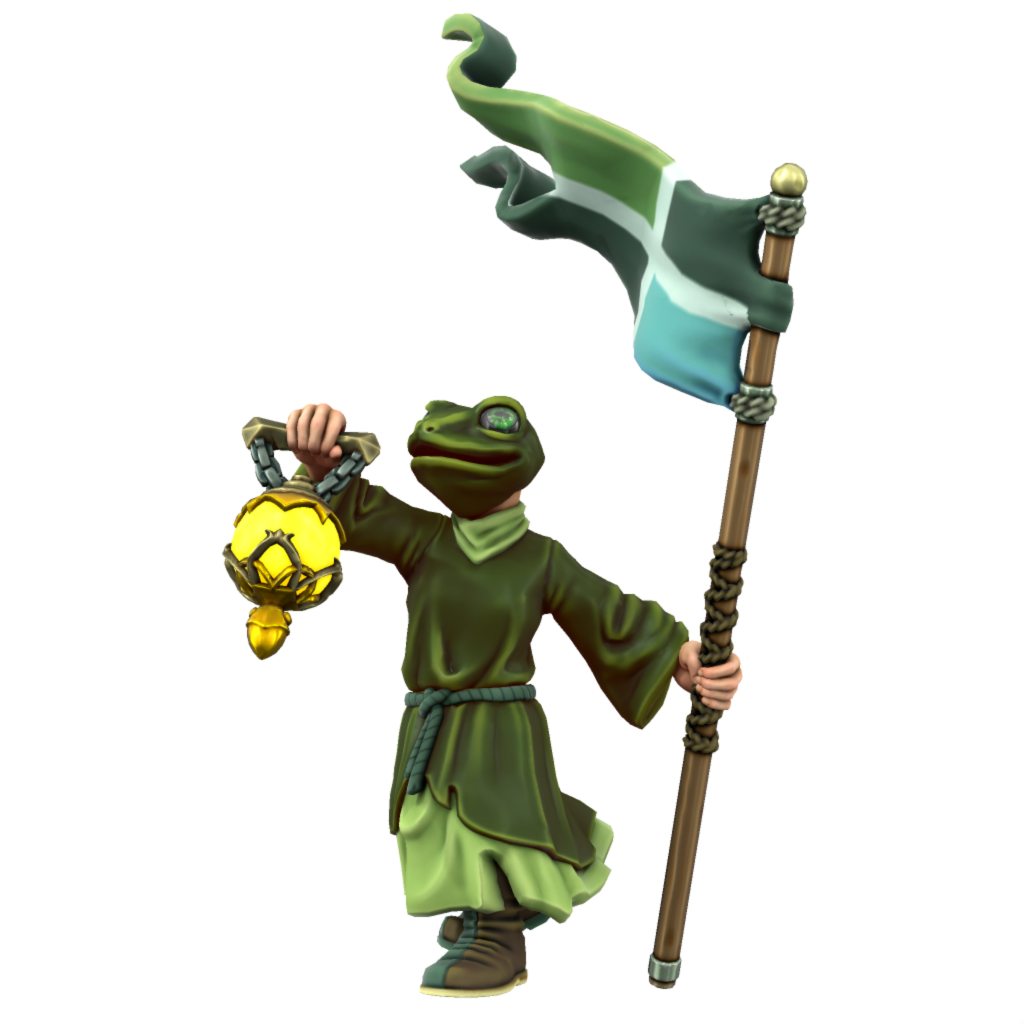 Once the Fall crystal is thrown in the pond the new year is officially started. Afterwards everyone continues their celebration with dancing, eating and drinking. In smaller settlements this is often done with a banquet for the entire settlement. In larger cities however, this is more frequently done in smaller groups of friends and families.

That's a really fun tradition XD Those poor children though! I remember in PE when we had to do exercise like that jumping around to warm our muscles and it was a killer! Also, I'm wondering if anyone come back afterwards to get the Fall crystal out? Otherwise a lot of them would accumulate there! and i got the impression they were rather precious if not uncommon, and so that people would just not miss that opportunity...

Indeed it is quite intensive luckily they often don't do that for a very big distance xp And yes they are quite expensive but the Raitin are lucky they are in a region that has a true abundance of them :p Nonetheless they get them out later on ;)

That tradition sounds like so much fun! Great article. Now I really want more stories about the frog people.

Yeah especially the children think it is a very fun one :p there are frog people but sadly they have not been sighted in Raitin territories :(