The time has come to rise up against the oppressors of the Covenant!   Aelerium will not give in!   Join our cause and protect the Aelerium way of life!
— Covenant War Propaganda

When the other Magi Covenant members decided to force a lower price for Elemental Falls and all items created with them, Aelerium decided to leave the confederation. Both Mervidel and Kavonia did not agree with their sudden loss of access to the resource and a war ensued. This would become the start of the rebellion known as the Covenant War.

The country Aelerium always had a large supply of Falls, a resource which was heavily used by magic casters. The Aelerium capital, Infor, was located next to a crater which is believed to be the region of origin of Magicfall and rich in Falls because of that. This gave them an advantage over the other Magi Covenant members in matters of casters.   When they started to create Crystal Casting Armors with the Falls, their resources became even more high in demand.

A tipping point was reached when the other Magi Covenant members decides to force a lower price for Elemental Crystals and all items created with it. This was completely unacceptable for Aelerium and they decided to leave the confederation.   Both Mervidel and Kavonia did not agree with their sudden loss of access to the resource and threatened Aelerium by sending forces to the border. Aelerium in turn reacted with a suprise attack which started their rebellion.

The war started when Aelerium confronted the troops at the border. The strategy they used determined in large part how the war would be waged.

The armies of both Kavonia and Mervidel were marching through the hills of northern Aelerium when a caster using a Casting Armor was flying over them. The general at that time was unsure what he was seeing and first thought it was a bird.

Afterwards a larger number of flying casters flew overhead and launched lightning bolts over the entire battlefront which gave the battle the name of Storm Battle. The armies of Kavonia and Mervidel were not able to counter the aerial attacks and when the ground troops arrived the result was a massacre on their side. Their troop were forced to retreat leaving them with a disadvantage even before the war had fully started.

During this war the use of the Casting Armors proved its worth as Aelerium manged to drive both nations back further and further. Mervidel was able to push back to a degree because they had a good supply of Ember Crystals. They, however, did not have nearly the same amount of Casting armors and none of the Cloud Crystal kind.   In the end the magical superiority of Aelerium proved too much for the remaining members of the Covenant. Eventually a peace treaty was signed which resulted in Aelerium gaining their full independence and even claiming some new lands.

The direct effect of the war was of course the Magi Covenant losing their previous member and acces to its resources. However, an additional issue arose from another member. Since Aldhir which was also part of the Covenant, abstained from participating in the war, the Magi Covenant found them untrustworthy.   After several years they were forced out of the confedration. This change did, however, happen in peace. Since both countries were no longer part of the Covenant, Aldhir and Aelerium decided to form an alliance between eachother. 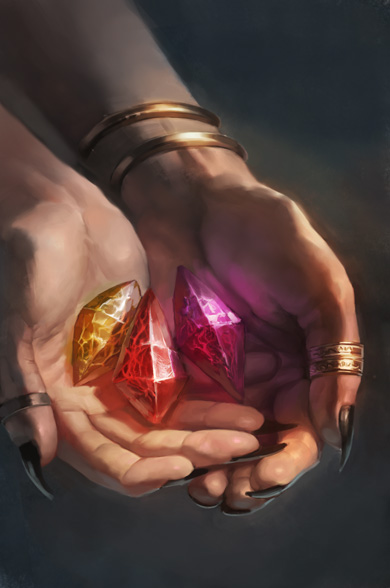 Dragonshards by Eberron rising from the last war
Falls are magical crystals that are believed to have been created during Magicfall. They are a resource in high demand because they can be used to amplify the power of casters and even create new ones. They have different types which correspond to the types of magic.   They are also used in many magical items such as foci and the Crystal Casting Armors. 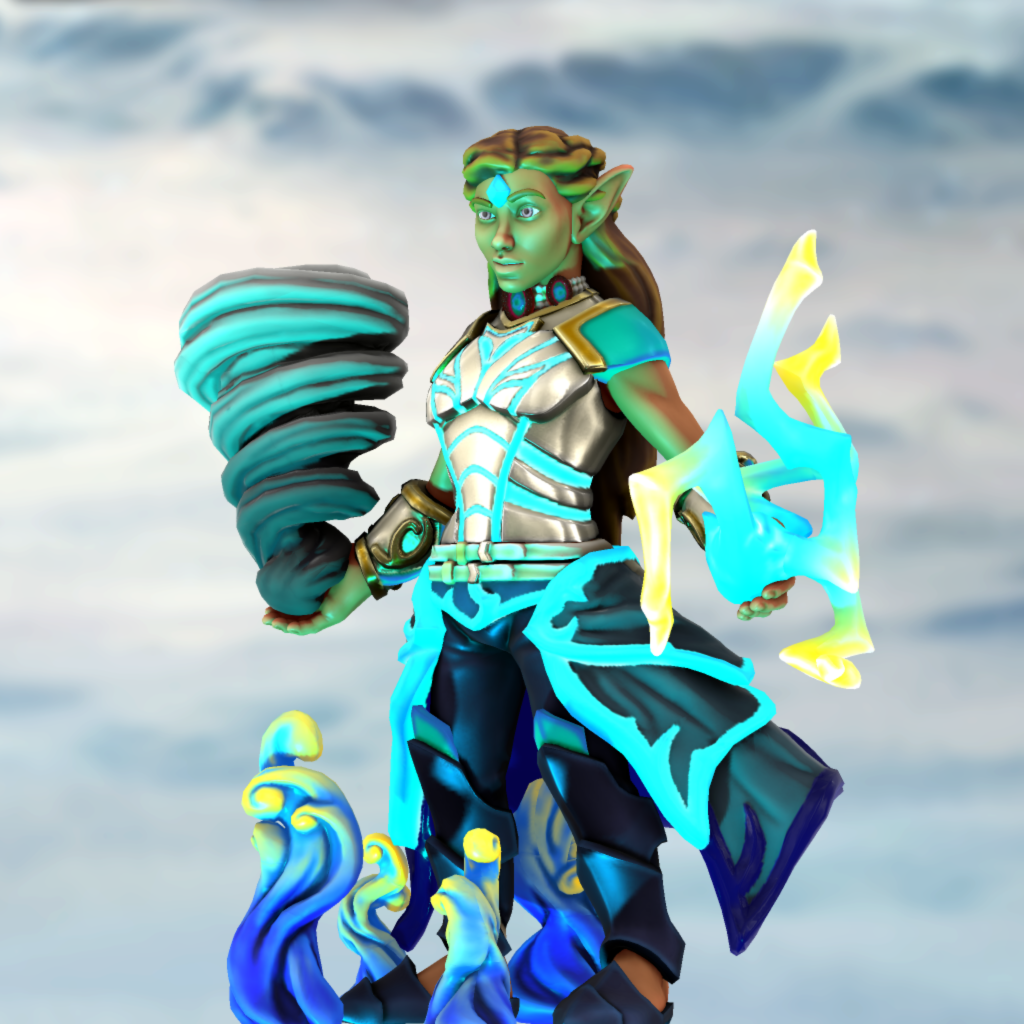 by Kefkejaco with Heroforge
At first sight the Casting Armors look like a well decorated mix of metal armor and cloth. But when they are worn by a magic user their properties can change very noticeably. In addition they improve the caster's abilities significantly and even allow them to use more powerful magic.

Answering: "a bloody coup, rebellion or uprising in your world's history."
Visit Kefkejaco's Competition Page Check all other answers to this prompt Competition Homepage

Ah! The amour makes its apparition again :D Was it the first time such armours was used? I love how use them to fly above the other armies and throw lightning blots at them XD   And nice propaganda bit at the start of the article :p

Yes I did not find anything in my chosen areas so I thought why not dig the armor up again :D It was not the first time it was used per se but it was never used in warfare before that, because they had quite some time of peace. Yes the lightning and flying proved very usefull ^^   Thanks ^^ I knew you would like the propaganda :p

Well designed and architected article bud! Thank you so very much for submitting on my category and best of luck with the rest of the special categories as well!

Thank you for the kind words Dimi! :D It was a fun one to write !