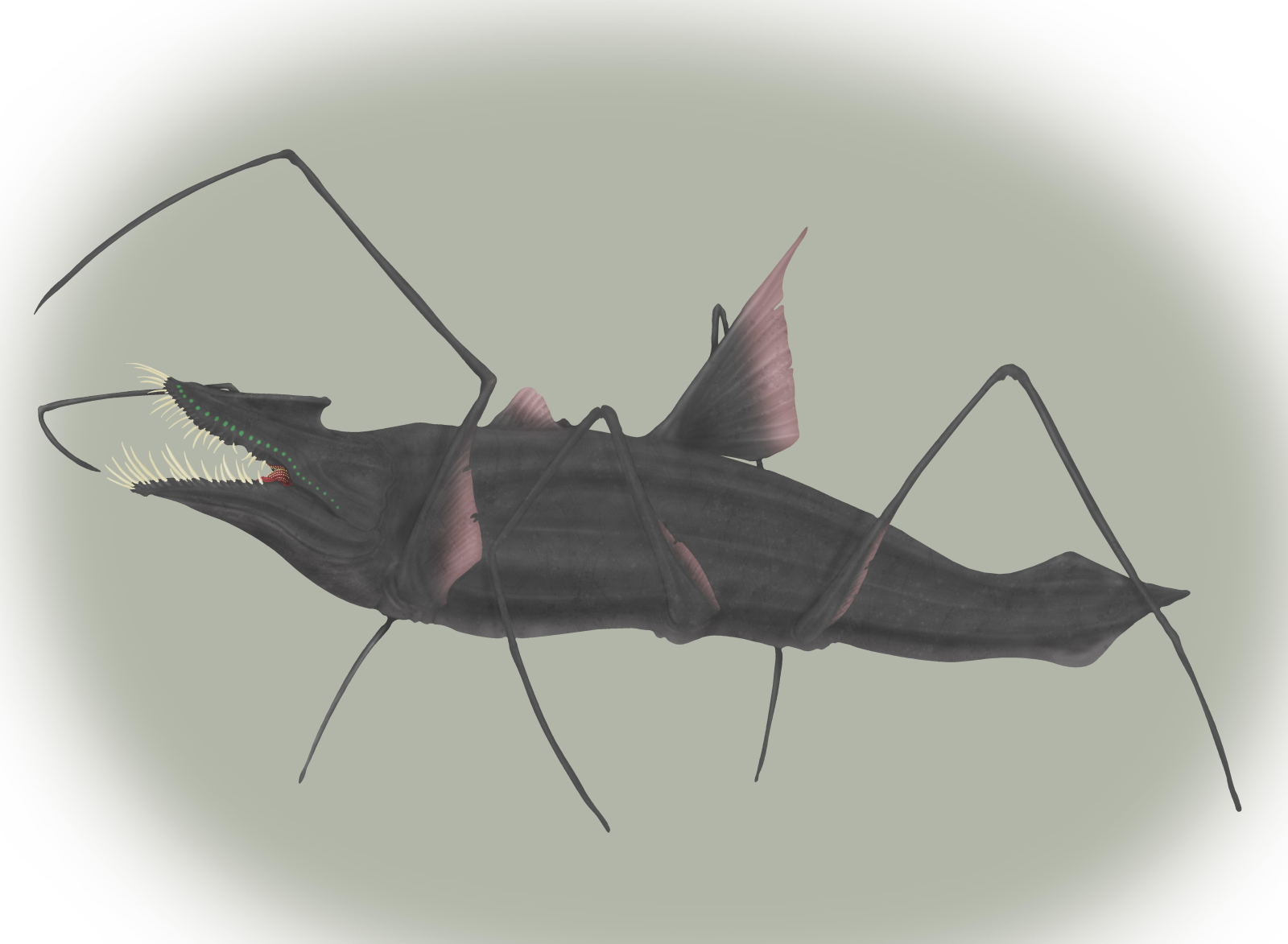 Araneomessor horribilis is a species of Podovectorine Morsvectorid amphibian from the Cold King's trench.   This species is observed living around Hydrothermal vents and along the steep walls of the Dark Maze, the deepest section of the Trench.   It's often found in small pods of three or four specimens hunting for deep-sea invertebrates and other small prey.   The species is much more active than its larger cousins, scurrying around the vertical rock faces often, in search of ideal spots to hunt; its ultra-black body (in the image reduced to grey to better show anatomy) makes it invisible to other animals if not for the row of bioluminescent spots along with the mouth, which is used in attracting prey to it, an illusion better done while the animal moves around, easily passing as a shoal of prey animals to the unsuspecting eye.   The hexapod creature will walk on all six limbs but stand on only four when idle, using the first pair to help in pushing prey inside its gaping mouth.   The animal's keen electrolocation makes it very capable at sensing its surroundings and incoming preys and possible threats, making the presence of an eye obsolete, which eventually lead to this particular branch of the Podovectorids to completely lose the eye.   A. horribilis is among the rarest Podovectorids not because of population numbers, as it seems to be quite common in its environment, but due to the depths at which it's found.   Due to the difficult to reach conditions in which the species lives, only a few observations on its behaviour have ever been recorded, leaving humans with a very faint idea of what its lifestyle may be like.   Of particular note was a select population found much higher in the water column compared to their normal range, this slightly larger subspecies is found inhabiting the Precursor base inside the trench itself; this population is thought to have been brought there by the Precursors themselves before the base collapsed and the animals were released.   Humanity tried twice to bring some of these animals to the surface in hyperbaric tanks, both times, however, the animals died in the span of a few days. 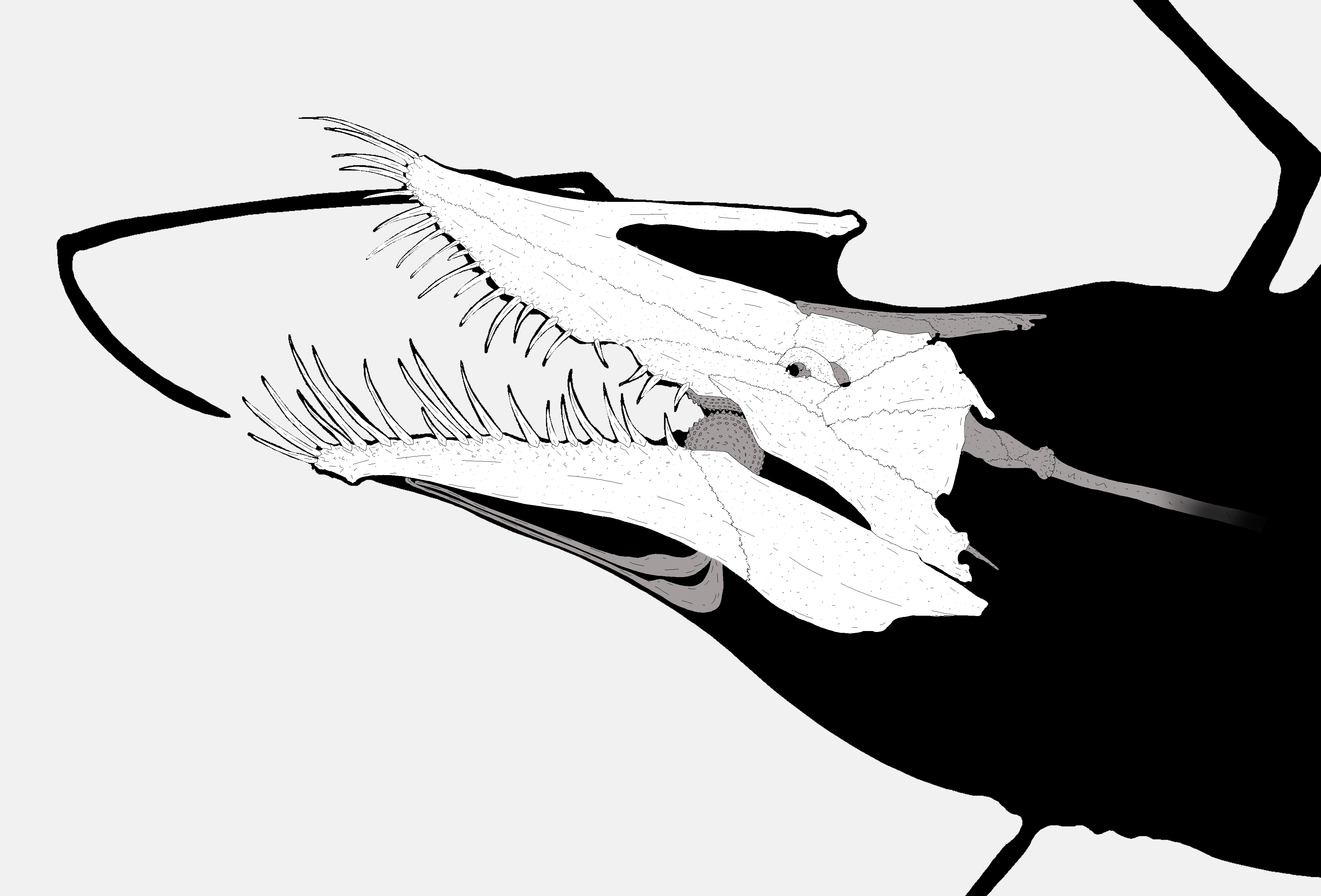 Mostly unknown as of now.   The animal seems to enter heat in the summer.   Although the parapenile extensions of males grow up to four times the length of the body, it seems like they mount the female by climbing onto her, possibly keeping the long parapenis as a trait given by their ancestry instead of serving a more functional role in the present.   The females lay two to four eggs in small crevasses and will abandon the nest shortly after.

Ontogenesis very apparent.   The hatchlings are born with fused membrum bones, being nektonic at birth.   All three pairs of walking fins have larger membranes and are used for active swimming the first part of their lives.   They'll segment the membrum bone once they start feeding on the benthic invertebrates and finally assume a benthonic lifestyle upon adulthood.   Loss of natal aculeus at an unknown age.

Hadalpelagic species found at depths superior to 6000 m.   They live along the rocky slopes of the trench but most commonly around hydrothermal vents, where prey is most abundant.   Although unable to swim, these animals can climb the walls of the trench to reach different depths.

Predatorial animals that hunt small amphibians and invertebrates from the benthic and demersal zones of the Cold King's Trench.   It predates by ambush, leading prey into its mouth by using a row of green lights reminescent of small prey.

Thought to be periannial but due to how difficult it is to reach their environments, it's difficult to assess.

Animal that lives in very restricted groups of three to four specimens.   They don't seem to posses any type of complex intraspecific communication outside of small clicks of the mouth, leading researchers to think they could be staying close for protection instead of social needs.

Not kept in any human-made structures.   Specimens recovered in hyperbaric tanks died a few days after extraction for cause unknown. 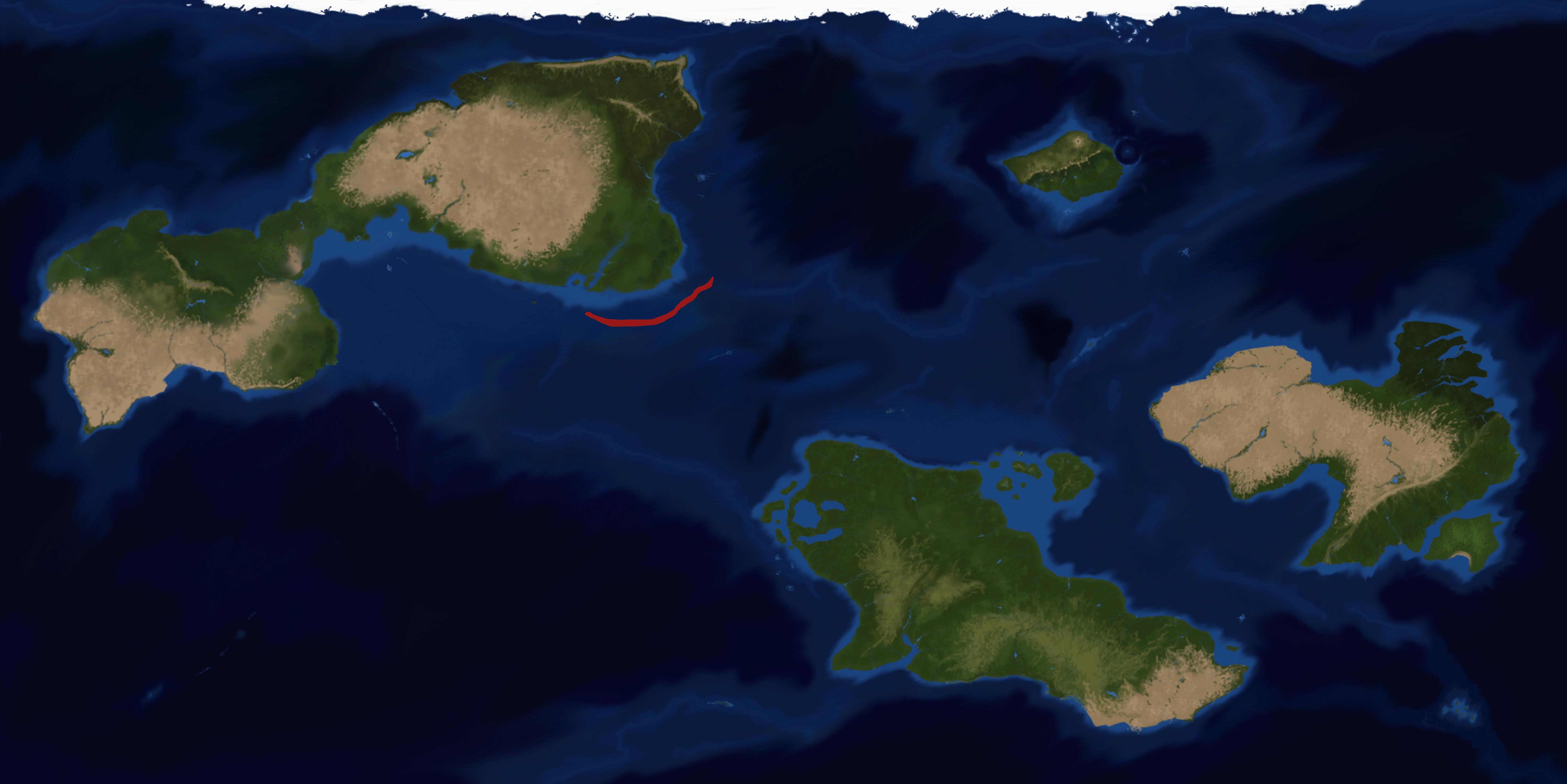 The Animal's blind, uses electroreception and smell to orient itself.