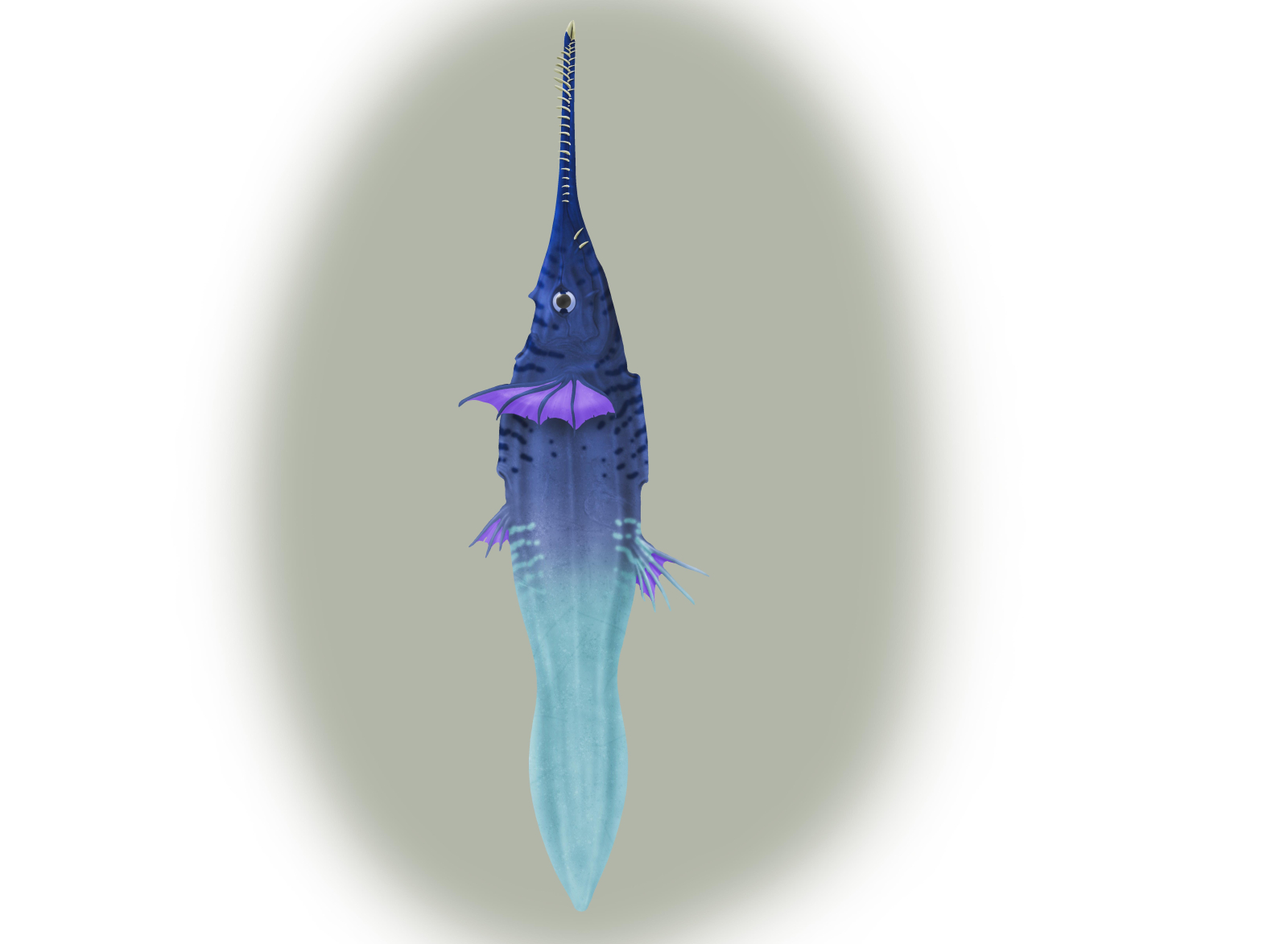 Insidiognathus lucis is a species of Fulminolanceolatid Lanceomorph amphibian from the outer section of Hades.   The animal is exclusively found in the underground caves of the outer section of Hades, where light still seeps through the Ice in the Dusk-lit Halls of Niflheimr.   The animal ambushes prey from a few centimetres under the water surface, keeping still in the calm waters of the cave with its mouth opened at a 180° angle.   The animal's palatine extends in a bioluminescent tongue it wiggles to lure flying Cnidarovertebrates in; once prey flies overhead low enough, it will snatch it from the air with the powerful jaws and serrated teeth; if prey manages to escape the first attack, the animal can switch to a horizontal posture to try and give it chase by jumping out of the water with the powerful propulsion jets to try and catch it mid-flight.   Given the very atrophied nature of its dorsal and anal fins, the species has poor control over its steering when jet swimming, preferring to swim using the two pectorals when moving from an area to the next, even though this method is much more energy consuming and slow.   The vertical countershading adapted to camouflage the animal while in its hunting position, being invisible to prey above and predators from below.   To help to lure in prey, the fin membrane also displays bioluminescence, although of a different colour compared to the tongue, making it seem like a predator hunting for bioluminescent planktonic invertebrates on the water surface.   Given the relatively low depth of the Halls of Niflheimr, the species still relies on sight when hunting but will make full use of the palatine ear position and exposure to pinpoint prey by hearing as well.   First observed while drilling the Phlegethon tunnel, the species remains today as one of the better studied among the known inhabitants of Hades due to the low depth it is found in and the relative ease of access to its natural habitat. 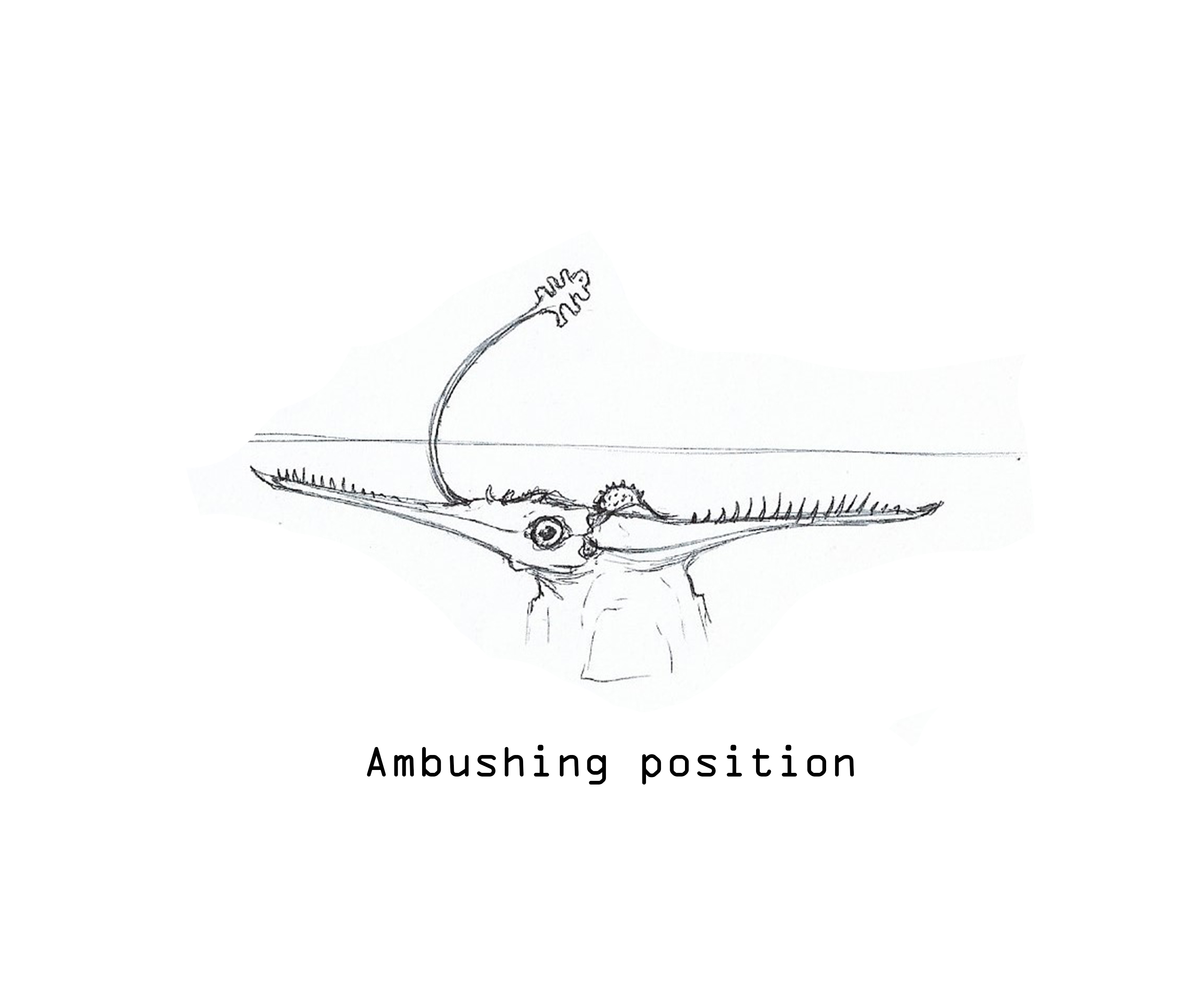 Monogamous species (uncertain).   Mating season's duration unknown.   The two mates will interlock their open jaws together and will use the angled pressure jets to spin together, using the tongue to gently caress one another's in what is commonly described as "kissing".   The kissing specimens will thus determine which one will be the active male and who will be the passive female by pushing against the partner, the first to lose traction and that gets carried assumes the role of the passive female; this role usually goes to the younger or smaller of the two.   To mate, the two will move to the vertical swimming position, belly side towards the partner, where the active male will start fertilizing the passive female.   During this mating process, to give space for the male to mate, the female will also extract the parapenis, which she'll use to "hug" its partner, sneakily trying to mate with it as well.   While mating both the animals will keep only the maxilla open as the jaw will be obstructed by the partner's; by continuously spinning in place in this position the two will take part in the final phase of the mating dance, commonly called the Flower Dance, as their mouth and elongated body are reminiscent of Earth flowers.   The eggs will be kept inside the female until they hatch.

Species of the superficial zone of the Halls of Niflheimr found at depths not superior to 10 m.   Stays still just under the water surface waiting for prey.

Ambush predator that lures flying Cnidarovertebrates towards the water with its bioluminescent tongue and fins.

Unknown biological cycle.   Speculated to be periannial due to the low seasonal changes of Hades.

Not very social, however they don't automatically chase away conspecifics.

Due to its natural habitat and special needs, the species is not possible to keep in captivity in normal facilities.   The only captive specimens are situated in nothern Yan in the Pinàr public aquarium, where a special tank was made just to accomodate them.

Due to the inaccessibility of their habitat, they are not harvested for human consumption, even though bases 1 & 2 of the Phlegethon tunnel sometime hunt them for fresh food during expedition and excavation season. 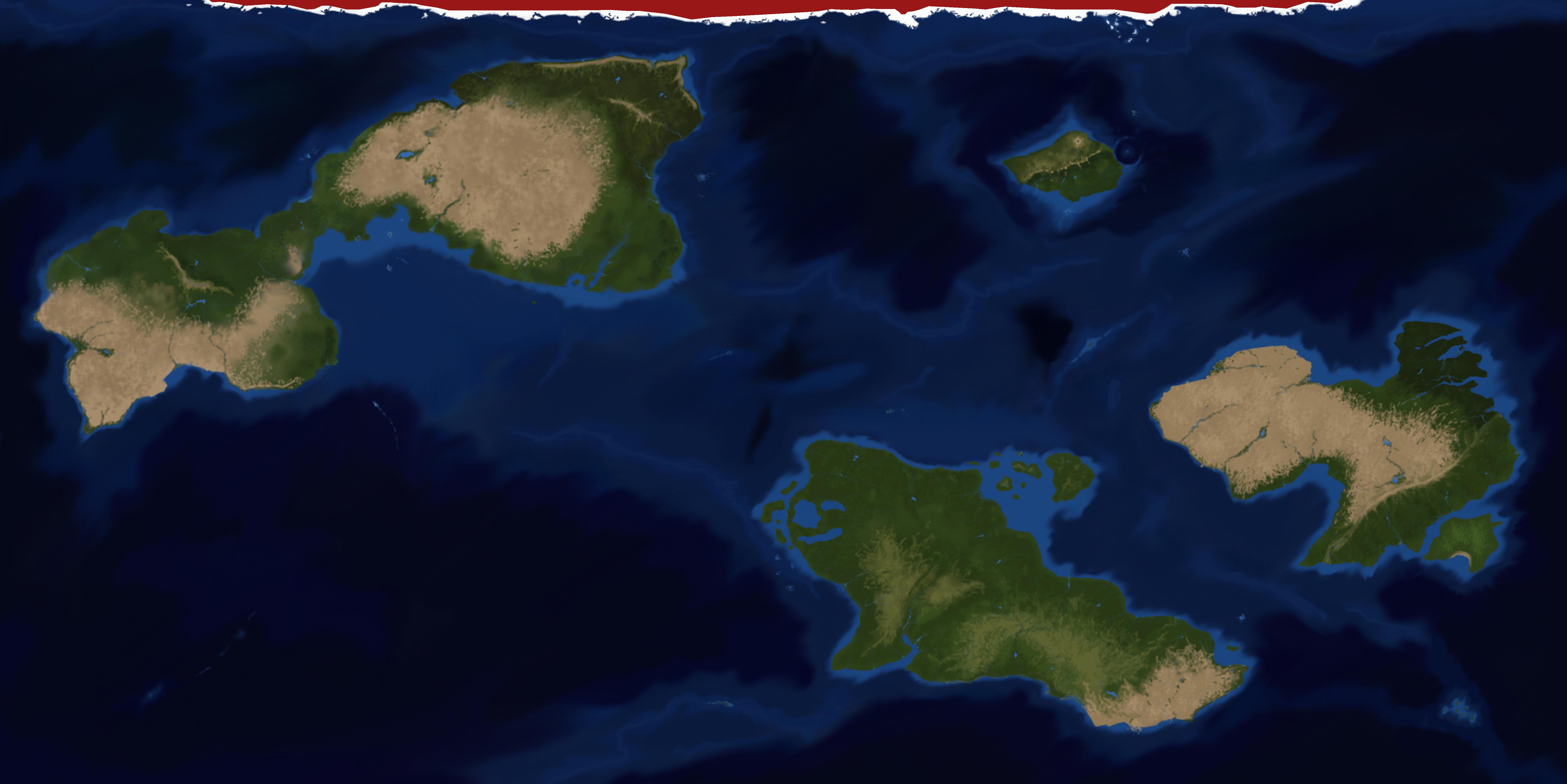 Not much known about symbiotic organisms. 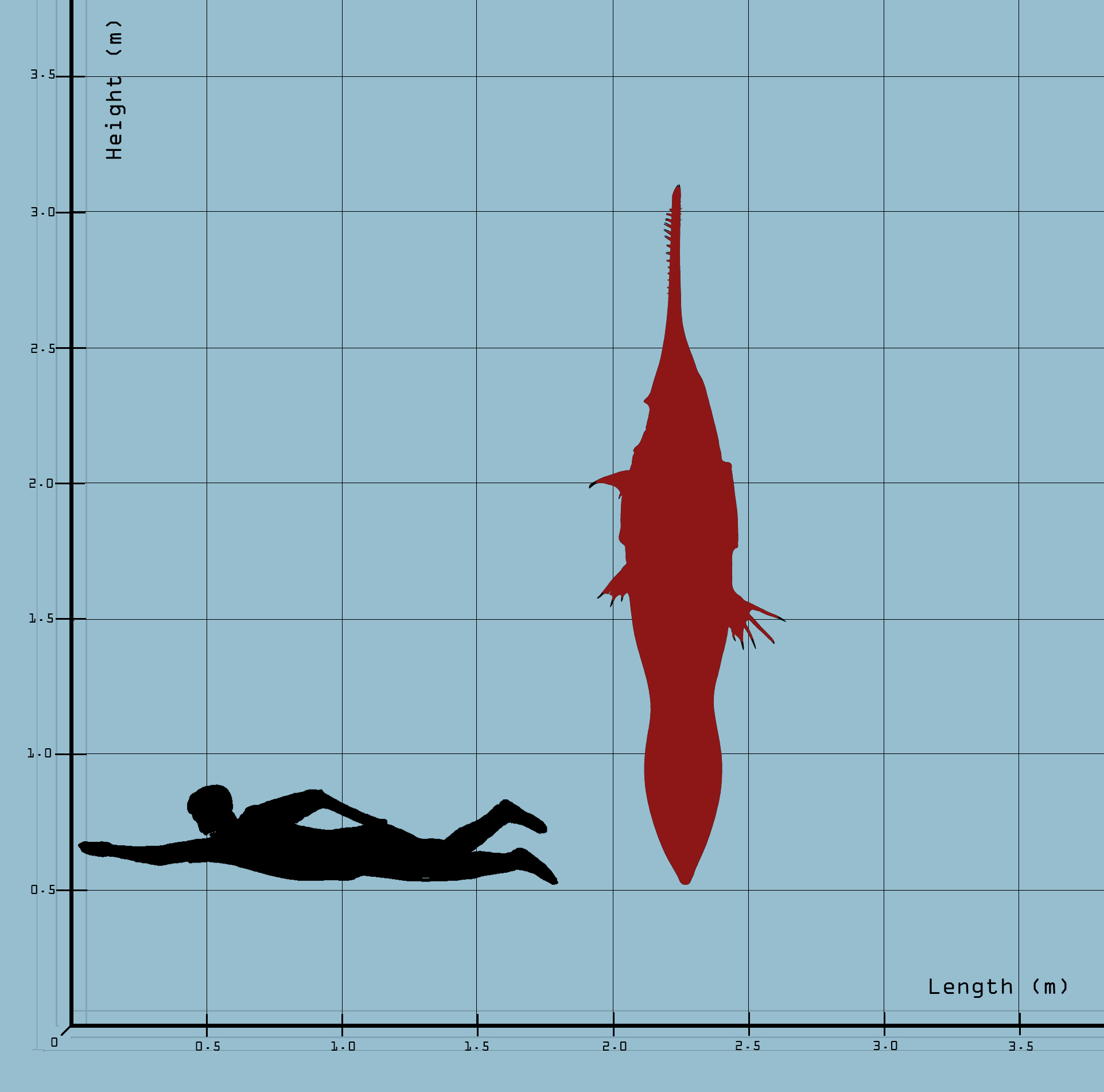 Up to 2.6 m long
Body Tint, Colouring and Marking
First half of the body dark blue, countershaded in the caudal section in a very lighter azure.   Body striped in a darker colour in the first half, in a light azure in the second.   Fin membrane bright purple, tongue blue.