Go to Nights of Destiny Homepage

The Years of Terror


The year is 1000AD, 300 years, give or take a couple, after the Vikings landed in Vinland, launching the Years of Terror upon the Vinlanders who dwelled here in the newly discovered lands. But the Years of Terror have ended, hopefully. A new era of peace began almost a century ago, as the Vikings began settling and trading rather than fighting and killing.   Its a new era. Are you ready to seize power?


It began with a crazy quote out of the blue, and became the Nights of Destiny setting. Nights of Destiny (NoD) is a gothic horror game set in a speculative alternate history wherein the Vikings brought the Dark Ages to North America. NoD uses the By Nights Studio ruleset, and incorporates Changeling, Vampire, and Werewolf in a Dark Ages setting.
Characters share a timeline, events, and plots, regardless of what creature type they are. Religion and faith are common grounds for some, others struggle for power and dominance. Some walk by day, and others dwell in the shadows. 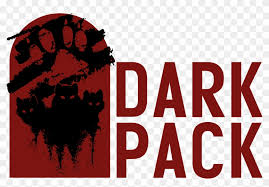