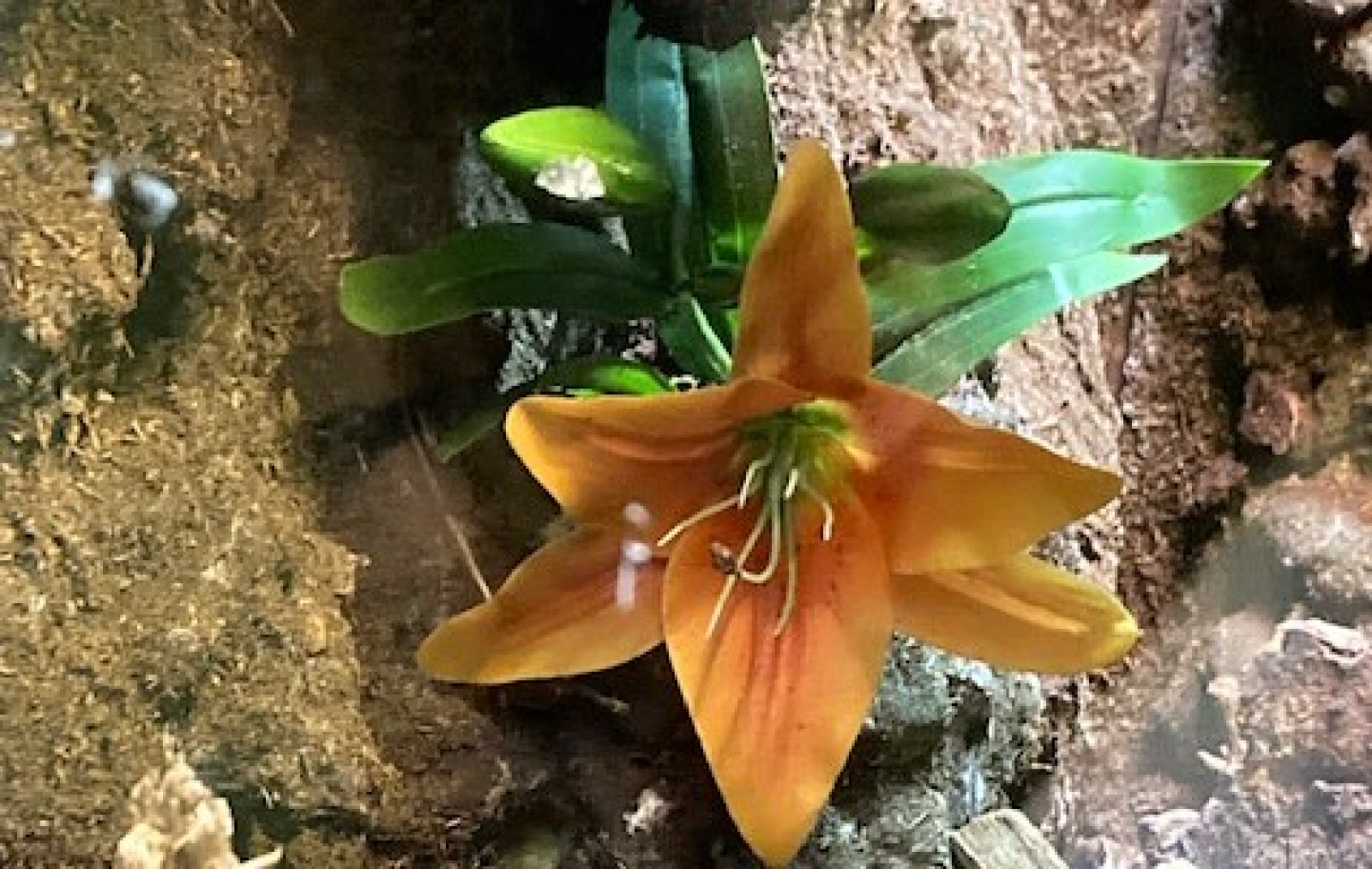 The Death Blossom is a grey-green vine which produces large orange flowers, up to six inches in diameter. On its own, a single blossom has a mild, sweet smell, though together, many blossoms can be overpowering. The flower gets its name because it is known to grow over dead bodies. It is often found growing up tombstones, as well as in areas where animals have died or meat has been left, and in some cases, where cremation ashes have been left. The growth of the Death Blossom has even alerted authorities to the presence of the bodies of murder victims

Centuries ago, the Death Blossom was purposely grown by Ethites to mark the placement of the bones of the dead. Following ritual cannibalism, any remains of the dead were buried, along with the ashes of the cookfire. Death Blossoms were encouraged to grow on site. Scientists think that over time, the plant evolved to be better suited to this environment, and then began to favor areas with rotting flesh. Thus it is commonplace in the wilderness, as well as in cemeteries.

Orthodox Ethites still cultivate the plant in their own gardens, though more recently, more and more cemeteries have started to pull the flower out as a weed. A perfumery tried to create a scent based on its nectar, but the perfume didn't sell due to the negative connotations of the flower. Though the blossom is beginning to lose traction in Ethion, it was actually introduced in Zenxon, where Sprites have been growing it.

Do to its growth in cemeteries, several myths have developed around the flower and its significance if someone should someone see one outside of a cemetery. Typically, people say that if you come across a death blossom outside of a cemetery, it is a sign you will die soon. In some cases, criminal organizations have even been known to send the dried flowers as a threat.

Answering: "a species considered monstrous by some"
Visit barriesaxxy's Competition Page Check all other answers to this prompt Competition Homepage

Hi There, I just wanted to stop by and say that I really enjoyed your submission to this promt! So much so that i've included it in my Summer Camp '22 Reading Challenge article:

Generic article | Jan 6, 2023
I particularly enjoyed the short-poem and the stories around this plant.

Thanks for reading! So glad you enjoyed it!