Issue #5 of the "From the Archives" data packets available to members of the Society of International Culture and History.

Columbia in the Reeds 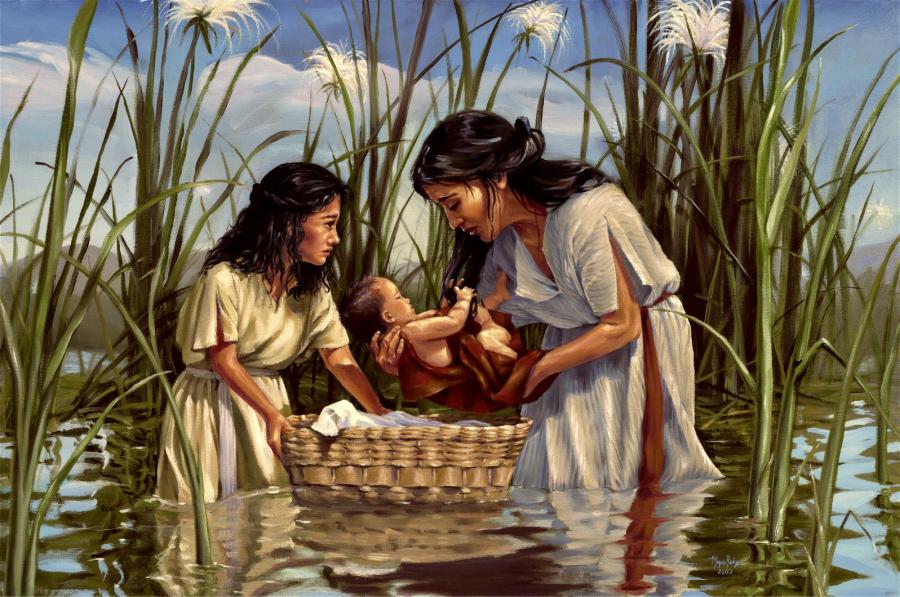 Jochebed and Miriam, unknown
A painting by the North-American artist Vincent Herring, showing Colombia gently placing a basket into a river of stars. Colombia is surrounded by reeds, but beyond her in the background the viewer can see a world on fire. Tears run down Colombia's stern face and a caption at the bottom of the picture reads "May God Protect The Future".   Speaking on the piece, Vincent Herring explained that the piece was inspired by the biblical story of Jochebed. Fearing that the soldiers of Pharaoh would kill her child, Jochebed places the future prophet Moses in a basket and sets it loose in the Nile River. Eventually the basket reaches a new home and Moses is raised in wealth and opportunity. In Colombia in the Reeds, Vincent explains, Columbia represents Jochebed, the basket represents both North-American space colonists and Moses, and the destruction in the background represents both the death of the democratic dream and the slaughter of the Hebrew children by Pharaoh's soldiers. Vincent explained that he believed that the economics and politics of the Sol System had reached a point of unreformable corruption, snuffing out both the dreams and lives of its youngest and most inspired. For human freedom, beauty, and progress to survive, they must escape to the stars.   Contemporary critics lambasted the piece as hyperbolic doomer propaganda, a petulant and cowardly complaint of a subsection of society too lazy to succeed in a modern economy. However, the painting quickly became a viral hit, spreading through the social networks of Earth and its Solar colonies. Artists throughout the system created pieces heavily inspired by Vincent's original. These recreations typically replaced Columbia with regional national personifications such as the Statue of Liberty, Mother Armenia, Bangladesh's Baṅgamātā, Egypt's Om El Donia, France's Marianne, and the Japanese goddess Amaterasu.   Colombia in the Reeds and its inspired works were common in the cultural databases of space colonies during the Great Diaspora, and their influence continues to be felt in the modern day. The river of stars is a decorative motif seen in multiple cultures, and the perception of the Sol system as violent and poor was only reinforced by the news of the Yellowstone megavolcano. On Albion a state funeral was held for Britannia, the path to the crypt built of black marble with embedded diamonds representing the river of stars. Colombia in the Reeds is referenced by individuals and organizations that advocate for providing humanitarian aid to the Sol system, with one political party on Deseret adopting the basket as their party symbol.

Remove these ads. Join the Worldbuilders Guild
From The Archives #4
Society of International Culture and History