Issue #4 of the "From the Archives" data packets available to members of the Society of International Culture and History.   As news spread about the destruction on Earth caused by Yellowstone, star nations across human space mourned and celebrated in unique ways. On Deseret, a service was held at the Zarahemla Symphony Orchestra (ZSO) to honor the billions who had died. Native Deseretis were shocked, reeling at the destruction of most of their religion's temples on Earth, but also in attendance were many new immigrants from Sol who were still reeling from the tragedy. Mindful of the strained relationship between natives and immigrants, ZSO Music Director Julia Cherry worked with the leading artists on Deseret to create a service program that would unite both groups.   Considered to be one of the highlights of the evening, soprano Pianga Bernier from Ocean Forest sang Lacrimosa by Zbigniew Preisner. Against a backdrop of black punctuated by stars, the song's haunting melody caused many in the symphony hall to weep openly. Of note was Senator Marius Zamorano from Taumata. A prominent figure in Desereti politics, Zamorano had spoken long and loudly about the concern he felt regarding the immigrants from the Sol system. But upon hearing Bernier's performance, it is said that Zamorano wept like a child. Several days later, breaking with his supporters in the fundamentalist Wheat of the Lord organization, Zamorano met with prominent immigrant leaders to better understand their needs. 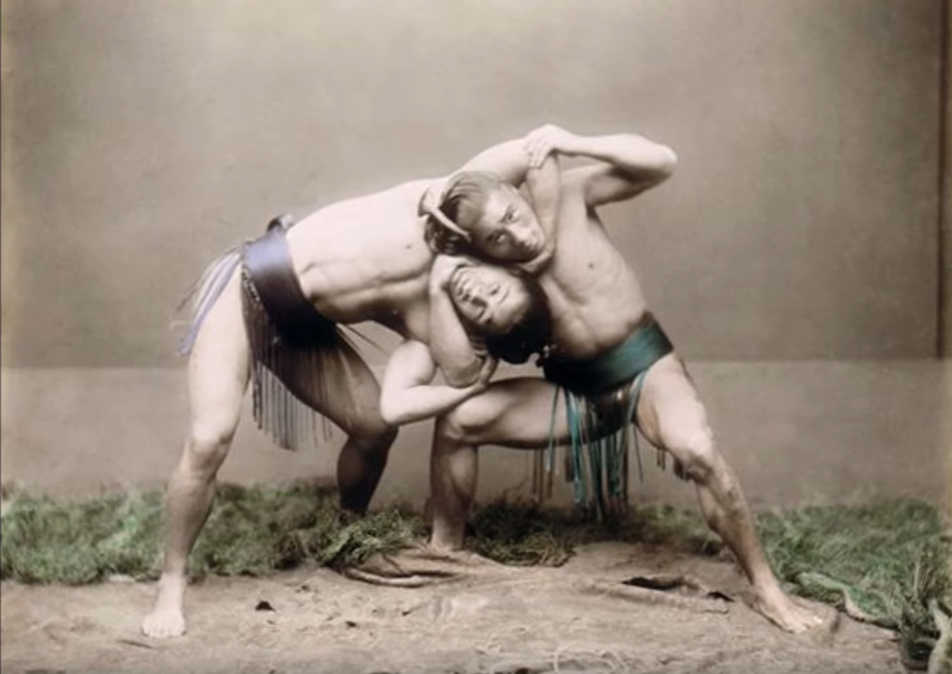 Eiennohanan Sumo is distinct from traditional Earth sumo in large part due to its series of weight classes. The divergence originates in the planet's ongoing struggle for soft power between the Eiennohanan Yakuza and the Eiennohanan Kazoku.   Sumo is a very popular sport on Eiennohana, thanks to its easy set up and its significance in the Japanese culture most Eiennohanan colonists came from. The Kazoku came to dominate the sport, using the wealth from their hereditary titles to scout out and develop the strongest men and women. In any competitive martial arts without weight classes, the average weight of competitors increases over time in a process that pushes out all competitors. This is especially true for martial arts that focus more on grappling than striking like sumo. For struggling colonists who were lucky to eat 2,000 calories on an average day, the sight of sumo wrestlers being paid by the nobility to consume 15,000 or more calories a day created deep resentment.   Also resentful, and perceiving an opportunity, the yakuza supported grassroots efforts to introduce weight classes into the sport. When the kazoku protested, railing against what they called the desecration of tradition, the yakuza were quick to point to historical records that showed sumo was originally a sport between fit and lean men. Eventually the arguments of both sides were presented to the Eiennohanan king, who sided in support of weight classes. During the industrial and automotive revolutions on Old Earth humanity abandoned millennia of experience in building cities, destroying wildlife and building unhealthy communities on a continental scale. Much of the 21st through 26th centuries were focused on stopping and repairing this damage, but a built environment is hard to alter once built (short of a war). While urban design theory was important to Martian and Belter colonies, the design requirements caused by their inhospitable environments limited the extent that designers/planners could implement human friendly communities.   When humanity left to settle new star systems they took with them a mountain of data and theory in the field of urban design. These included 3D and VR models of hundreds of thousands of real and imagined cities, tools to guide the new star nations in creating cities that were environmentally sustainable, economically productive, easy to defend, and culturally significant.