This outfit is used among military officials. This one is used for commanders. For the higher ranking officials, Royal Guard , Ensign, the metal changes for different ranks. Floaium for commander, Iron for Ensign and Palladium for Royal Guard.

It changed throughout many years. It started as armor that resembled a knight then evolved something that resembled the current design. Then it became the design that everyone recognized today. There has been some more variations introduced but they haven’t been successful. 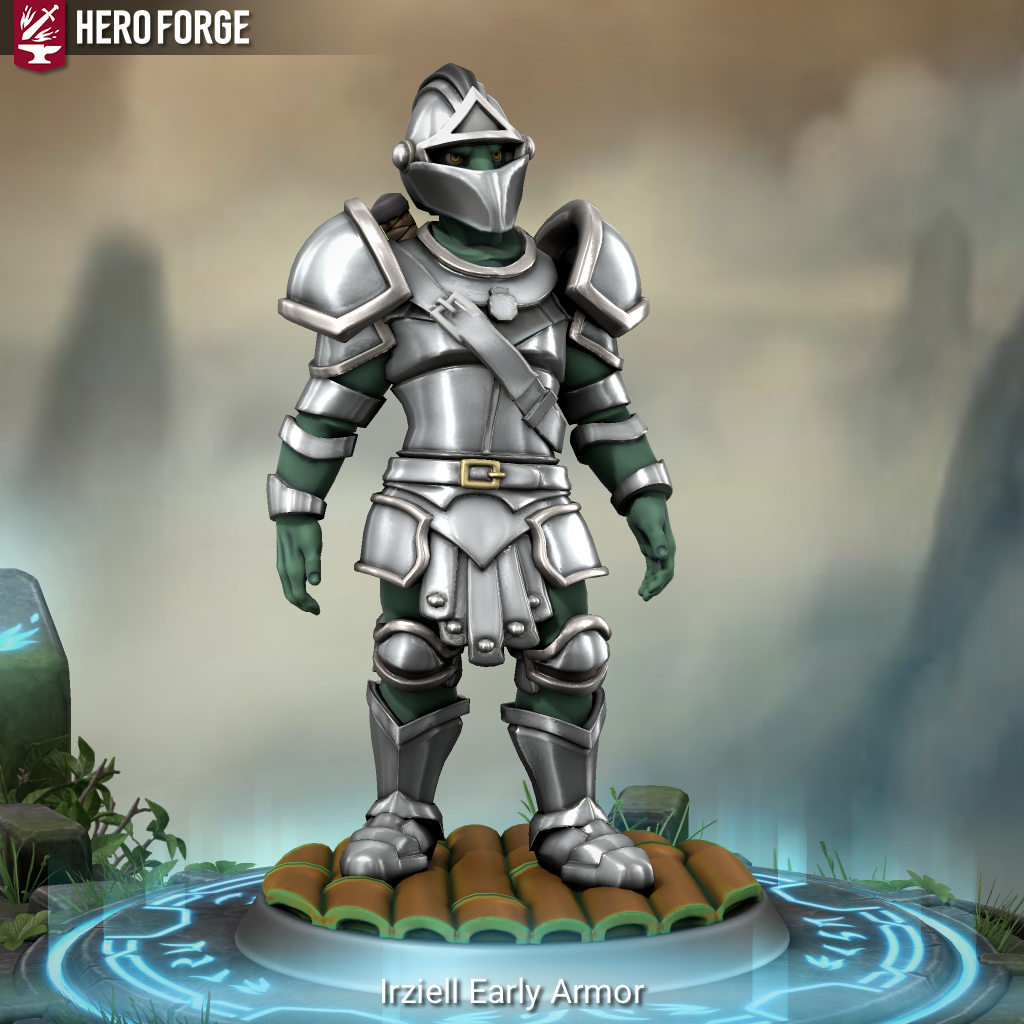 Forgers took out the helmet on the current design and changed up the armor so that its lighter and added gloves to protect the hands from bullet wounds. This made the armor industry more efficient which made the armor more cheaper.

The two different metals are smelted down in a forge and shaped into the outfit. They cool down and ready for military to wear.    The pieces of metal that are sticking out are layered on the outfit. The skirt requires steady craftsmanship. It has to be light enough so that the military doesn’t get tired or falls down due to heaviness.

This outfit signifies that the user is a part of the military. They have been protecting their people since 600 BC from invading enemies like Qieq’ars. They are one of the most well known organizations in the world.
Item type
Clothing / Accessory
Rarity
The outfit is quite common
Weight
10 lbs
Raw materials & Components
The outfit uses a metal type called Feluim which provides bullet resistance to the user, and Floaium which is light and durable to weather. They are both lightweight metals which makes it easy when you need to run.   The gloves are made from leather which comes from Cow The gloves provide protection to the hands.
Tools
The tools required for this are a hammer, something to bend said metal.

Nice article :D I like how you've explained what are the properties for Feluim and Floaium and why they were chosen. Is there any reason iron and palladium are chosen as alternative for soldiers of other rank? Cost?   You say that the metal is layered onto the outfit – is that outfit a simple leather armour? Or a linen tunic maybe?

The different metals for each rank is to tell them apart. Each rank works with people of the same rank so it’ll get confusing if the metals were the same across every rank. I’m glad you enjoyed

Nice article. I especially like the use of the novel materials, the seem quite interesting. Perhaps you could add some more info on the Feluim and Floaium? :)

A very nice article! It could use some more detail about the army and the history of the armor, but otherwise, i think it's very nicely written and to the point.

I’m glad you enjoyed! I’m thinking of adding more to it

This is a really nice article! The manufacturing process is interesting, with the pieces that stick out being layered in.   I see the history section is mid-sentence, so I won't comment on that as it is. I look forward to seeing how you finish that out. Aside from that, very nice article!

The concept is very good but the article is criminally under-written! Please expand on everything! You have a lot of potential here and it'd be awesome to see it complete. It will also help to add more pictures if you're using HeroForge.

I like this. Always appreciate a hero forge image. I would be interested to know more about the Feluim and Floaium, like are there other alloys that can be made with them?

I’m not sure what you mean by that