The Ilergan are one of the main tribes of Ezeltaure, a centaur folk that lives on the coasts of the peninsula.

They are a proud warrior tribe that protects the peninsula from the Geltaid and the coastal attacks of the Clan of the Spider.


The most powerful class is the warrior class, they are led by the War Chief. The War Chief is usually the offspring of the previous one, who may or may not be the older one. Prominent warriors can take the leadership away from the inheritors if the later are not liked by the other members of the class. They usually wear intricate weapons and armors as symbol of their status.

The second most powerful class, are the priesthood, formed by the priestesses and the oracles. Their symbol of status is the jewelry they wear.

The third one is the craftsmen class, appreciated by the upper classes as their provides of armor, vases, weapons, jewelry and clothes.

The last class are the commoners, entrusted with less prestigious jobs.

As the rest of Ezeltaure, they speak mostly Elven but on the Protectorate they have started embracing the tenesian tongue.

They have developed a drink called Kaelun, which is a variation of beer with a touch of almonds. Another item typical of them are the powerful curved blades they use in battle, often called sickle-blades.

The Ilergan wear tunic-like clothes with a long skirt over their tauric bodies. Tunics are hold with two belts, one on the waist and another behind the front legs, using specially tailored holes for the second belt. Usually the color of the clothes is scarlet red or purple for men and cobalt blue for women.They also wear thick wool cloaks and hold their hair with bandanas, diadems or circlets.
Priestesses keep their hair on big buns on both sides of their heads and wear intricate jewelry.

Unlike the rest of Ezeltaure they never have been followers of the spirits, being instead a polytheistic tribe. Their main gods are Balen, the god of sun and fire, Betah, the goddess of healing and Nethian, god of thunder and war. Their priesthood is almost entirely female, with the exception of the male diviners.

The Ilergan truly enjoy parties, having often celebrations where they dance and drink all night. In such parties they play bagpipes, often accompanied with percussions from wooden mugs on tables.

The dead are incinerated and placed in clay urns. Ilergan centaurs bury the urns in barrows.

Marriages take place once in a year, at the start of the harvest season, and all couples who want to marry must wait until such time. When the time comes, they make a big party, a collective weeding, all night, along with the harvest celebrations. 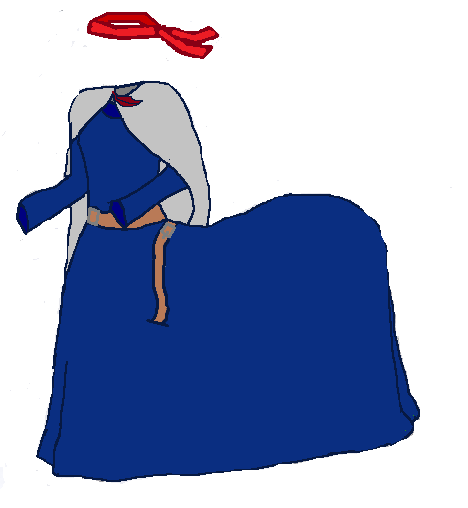