Companion of Emperor Arno, commander of the Tragen cavalry, member of the Mendaci and founder of the Antikid dynasty.

Not described as nearly the towering and intimidating figure one would expect, Orolas stood average in stature and despite his well sculpted statues that survive, was not nearly as square jawed and regal looking as he appeared. Orolas seemed to have exeptionally large ears, a tongue that was apparently to large for his mouth and a large nose with flared nostrils.

Born in the rough and wild land of Tragenia, Orolas grew up in court with his father Antikus who resided as the governor of the province under Mathias. Given his father's position in court, Orolas had an intimate childhood alongside the other prominent children of powerful families, namely the royal prince himself. It's said that the two boys met during a festival honoring Teminikas, the god of family and friends when Orolas was around 9 and the prince was 5 years old. Apparently the two got into a minor fight when Orolas, unaware of the boys status, began insulting and bullying him by stealing the prince's toy ship. After this, Orolas returned home to Tragenia with his mother and two sisters, in Tragenia it's said that the boy fought a juvenile lion that threatened his sister and their tutor. Apparently the beast managed to bite the boy on the forearm, a scar he would carry for the rest of his life and proudly display to friends and courtiers. Years went by, Orolas was now a young nobleman in the court of the Aesican Emperor but had little of note in accomplishment or prestige. This changed when he heard word that the Emperor had secretly ordered the poisoning of a rival and challenger named Alimachus who, along with his son planned on wrestling authority from Mathias and plunge the Empire into a civil war. It was with this information that Orolas staged a meeting with Alimachus, feigning his support for the man and his cause. This was precisely when Orolas raised his chalice in a toast to which Alimachus did the same, soon the would-be usurper was chocking and gagging before dying in a quick and painful manner. Orolas apparently brought Mathias the head of Alimachus and his son, along with covert notes to provincial governors pleading for their support. After this affair, Orolas was apparently swiftly and promptly promoted to the ranks of the Coubrati and trusted with the life of the Emperor and the royal family. Here he met Arno, albeit under more favorable circumstances and the two became fast friends as Orolas shared some of the prince's charismatic and infectious personality.

This became Orolas' situation for some time, before Mathias' assassination by agents from his enemies in Galukia. So began Arno's quick ascension to the throne, apparently he charged Orolas with the covert actions that won him that throne. Actions Orolas partook in according to rumor and speculation were several poisonings of suspected claimants to the throne such as Suethes, a powerful governor and legate in the north; Keraunos who was a silver tongued politician in the Curia who advocated for a return to Republican systems. Orolas made sure that Keraunos' death was made more public for any future opponents to be given an image of what happens to those who question the authority of they Emperor. Keraunos was assassinated on the bench of the Curia by a supposed disgruntled slave named Dremenothe who was swiftly killed by some of Orolas' own men. It seemed that Arno's successful ascension to the throne was so swift and unchallenged because he had a hidden dagger on his side named Orolas who now came to be known as the Emperor's personal enforcer.

Orolas' next endeavor was the campaigns by Arno into Galukia to avenge his father's assassination, Orolas fought famously at the Siege of Carpera, a siege where he would lead a counter attacking force composed of the Tragen cavalry against a desperate sally from the defending Carperans. Carpera was also the Siege where Orolas famously gave another prominent figure, Megistas Machatid the Rhaesian nickname of Monopthalmus an insult of his newly lost left eye. From Carpera, Orolas joined Arno as he rode out east against the Rourids and commanded his countrymen during the battle at Rhyod where his engagement was decisive in scattering the Rourid's own horsemen. From this victory, Orolas was awarded the epithet "Vialios" or The Strong Armed" for he and his men's famous use of javelins from horseback. Arno then stopped in Mykra and liberated the old cities of the Rhaesians. Here at Rhaesica, Orolas was again rewarded with a bride named Amarstiea and governorship of Mykra until Arno and his army returned from across the Mykraponte. During the next few years, Orolas' regency was constested but all opposition was stamped out and loyalty to Arno was unquestionable when Arno's army of ghosts returned home from the eastern campaign. During the banquets at Rhaesica, Orolas was among those who saw the Emperor's collapse and later his untimely death. A shrewd politician, Orolas knew what was coming next and decided to secure his power before playing his hand. When regency was suggested, Orolas was in favor of it Accidas as regent for a time as Arno's son Arrhidaeus was any a few years old at this point. In the pact at Rhaesica, formally those in attendance recognized Accidas as regent and themselves as protectors of the royal family. This declaration did not last as Cestus rose in revolt in Galukia and when Accidas' failures to crush the revolt were realized, he was betrayed and murdered in the mountains. From there, parts ruled by the Mendaci began breaking off and claiming legitimacy with the intention of restoring the shattering empire. Orolas now ruled the northern portion of the empire, Iotrea and Agrihenia which were heavily militarized and gave him a powerful base. Orolas waged war with Megistas in the south largely unsuccessfully as he was on the attack. However, at the Battle of Gabiene, Orolas dealt the One Eyed his first defeat and won the war gaining new territory from Iotrea all the way to Illias. Orolas now seemed to be the most powerful of the Mendaci and saw his gaze set to the south, where Isatis ruled half of Achia with Nikanus further to the southern coast. Invading with nearly 40,000 of his veterans, Orolas' invasion prompted an alliance between Isatis, Nikanus and what remained of Megistas' supporters. Orolas was shocked to learn that he was recieving aid from Akenes, the son of Accidas who ruled in Mykra. Thundering past the border, Orolas met his opposition at the Ratalina River where he was shockingly defeated and killed during the battle. The 2nd Mendaci War ended swiftly as Orolas' power disappeared following his death with Megistas recieving the majority of his territory. Orolas' name was damned in the following years as stories of his earlier assassinations for Arno were blown out of proportion and given as proof that perhaps he poisoned Arno to sieze power. In the end, none know if Orolas truly poisoned Arno but it seems unlikely due to his support of Accidas as regent, a man he had no true love for. Whatever the case, Orolas' name is one that is mostly reviled today and the subject of tragic plays and melancholy muses of a vicious barbarian who tasted power and was soundly corrupted by it.

Educated in Tragenia and in the old city.

The Ends Justify the Means

Desire for acclimation, glory and power

Despite the outgoing and friendliness the two men shared for one another, it seemed Arno did not favor Orolas nearly as much as imagined. Weary of the deceptive and conniving Orolas, Arno saw him as a dangerous tool but one that had use and could be placated by honors and flattery.

Since Orolas could remember, he had no extra love of the what he saw as a pampered and wide eyed prince. Orolas was one of the few people who was rarely swooned by Arno's boisterous and extravagant charisma. However, Arno was aware of Orolas' vain nature and made sure to bestow public honors on him none as famous as calling him "Vialios" after Rhyod. 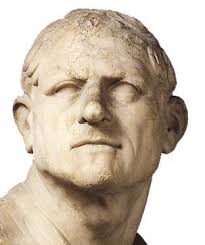 If a tree falls and none bore it any mind, is it a tragedy that we should make a stool of it?