Chelette of Sodden is an Aretuza trained Sorceress that formerly worked under Triss Merigold in the Temerian court. Following the assassination of King Foltest, and the subsequent dissolution of Temeria, she fled to Novigrad before Redania's ban on magic. She began to work as a bard, and once Radovid banned magic and started a hunt for its users, she assumed a fake identity and limited her use of it.
Chelette is the lover of Gavil Drodeter, with whom she lives in a small apartment in Novigrad. She plays the lute, and her instrument is enchanted that it will not fall out of tune; it also aids her in charming her audience and avoiding witch hunters.

Due to the ban on magic in Redenia, Chelette was unable to heal a small cut on her lip, leading it to scar.

Chelette is very gifted in the arts of charms and telemancy, and often uses her music to charm an audience. This not only gains her more money, but keeps her safe from Witch Hunters within Novigrad.

In Novigrad, Chelette wears a bard's garb in navy and magenta, with a subtle Temerian Lily as a brooch. She wears a choker bearing a silver triangle and an Elven Rune, which acts as a subtle glamour to hide her identity from Redanian officials.

Chelette's lute is charmed so it will never fall from tune, nor break, and aids her in charming an audience.

Chelette entered Aretuza at the age of eleven from a line of other sorcerers. There, she noted a shy Skelliger that refused to speak with anyone, and decided to befriend her. She and Kanna eventually became inseperable, and the two were quite distraught when they had to split apart to attend their respective courts. After Foltest's death, Chelette was displaced, and picked up music to pass the time. This came to her aid once Redania banned magic, as she was able to go into hiding as a bard in Novigrad to protect herself. Only a handful of people know 'Sylvia's' true identity, including friends and a handful of sorcerers living within the Putrid Grove.

Chelette excelled in Aretuza, particularly gifted in magic that controlled and read thoughts and emotions. She used her charms to avoid conflict, make friends, and climb the ladder to graduation rather quickly. She graduated Aretuza at a relatively young age, though stayed behind to continue her studies and help train new recruits.

Chelette worked under Foltest and Triss Merigold for the majority of her life, aiding in foreign relations and petty disputes. She also briefly fought in the battle of La Valette. However, after Foltest's Assassination and the dissolution of Temeria, and the subsequent Redanian Invasion, she began working as a Bard in Novigrad. She could often be found at the Kingfisher, though at times performs at the Chameleon.

After Foltest's assassination, Chelette's only motivation became survival. Unable to join Kanna in Skellige for safety, and rather enjoying the life of a Bard, she simply makes it a point to avoid witch hunters, save other mages, and eventually stay behind in Novigrad to act as a guardian to the remaining sorcerers.

Chelette uses a perfumed glamarye of pine and violets.

Chelette's identity is only known to a handful of people, including Kanna an Hindar, Triss Merigold, Priscilla the Calonetta, Julian "Dandelion" Alfred Pankratz, and the medic Shani.

Though she does not partake in their worship, Chelette shows a particular respect for the gods, especially Freya.

Chellette met Kanna on their first day at Aretuza. She quickly noted Kanna's shyness and social anxiety, and pulled her aside to frankly tell her that they were now friends. Young and eager to be wanted, Kanna simply agreed, and their relationship blossomed from their. While studying, they briefly courted, though this ended when Chelette ran across Gavil, a soon to be Witcher training at Kaer Seren. Though this break put a temporary damper in their friendship, it was quickly mended, and they became just as close as they were before.
Though Chelette graduated early, she decided to stay behind and continue her studies until Kanna caught up with her, not wanting to leave her alone with no true friends. After this, Kanna was sent home to Hindar to serve Jarl Donar an Hindar, and Chelette joined Foltest's court below Triss Merigold. They kept frequent contact throughout this time, though were only truly able to communicate through Megascope and small meetings on special occasions. They made it a habit to attend all sorts of Masquerades together, including the Vegelbuld's parties.
Once Temeria dissolved, and Chelette was left without any true safehaven, the two used portals to visit each other in person much more often and check in with each other. Donar an Hindar forbid foreigners to stay in Hindarsfjall, so they tended to meet wherever Chelette was. These visits were forced to become slightly more infrequent upon Chelette's move to Novigrad, as it wasn't safe for Kanna, a known sorceress, to be there. They were forced to meet in secret, though this did not stop them from checking in on each other. 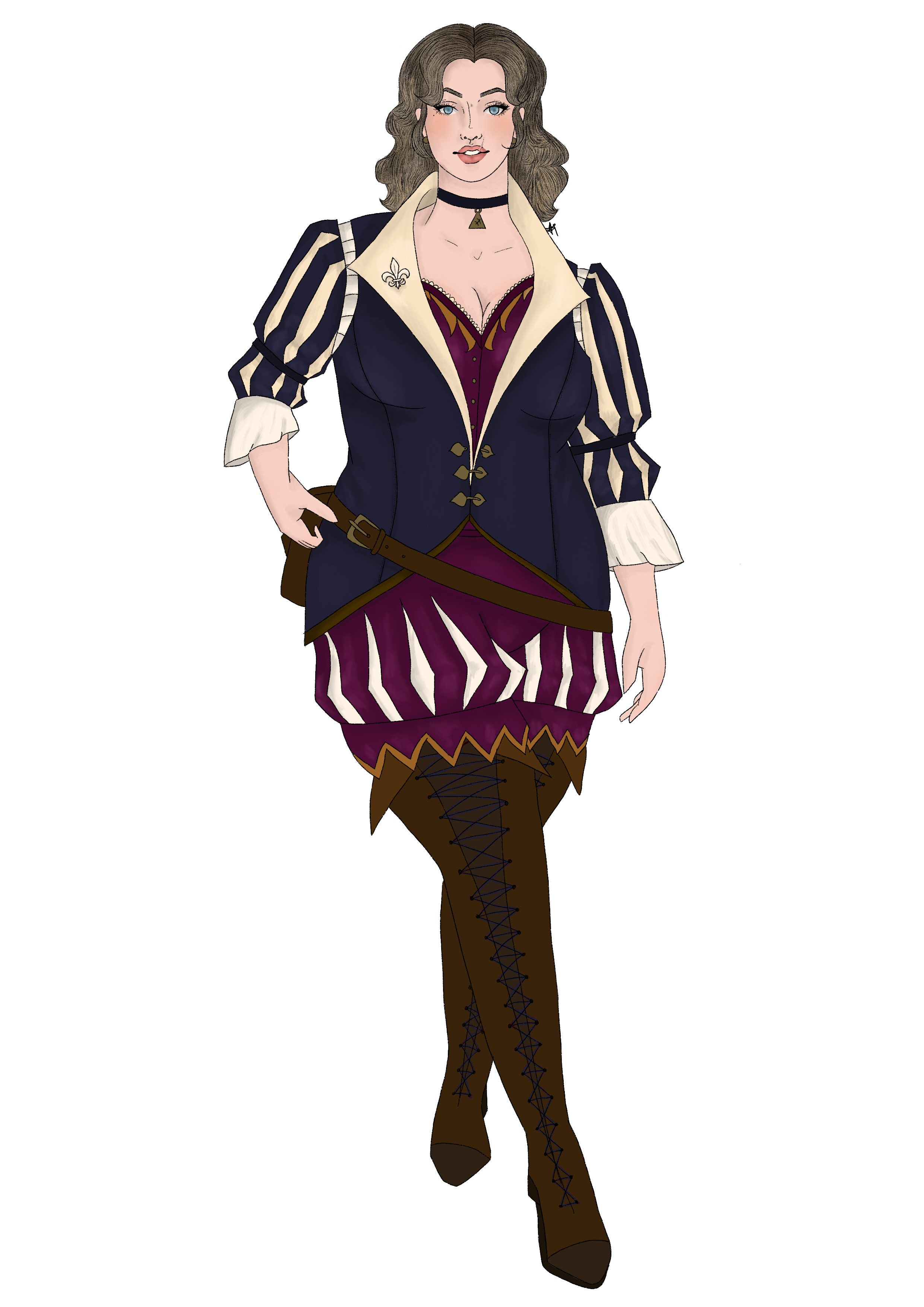