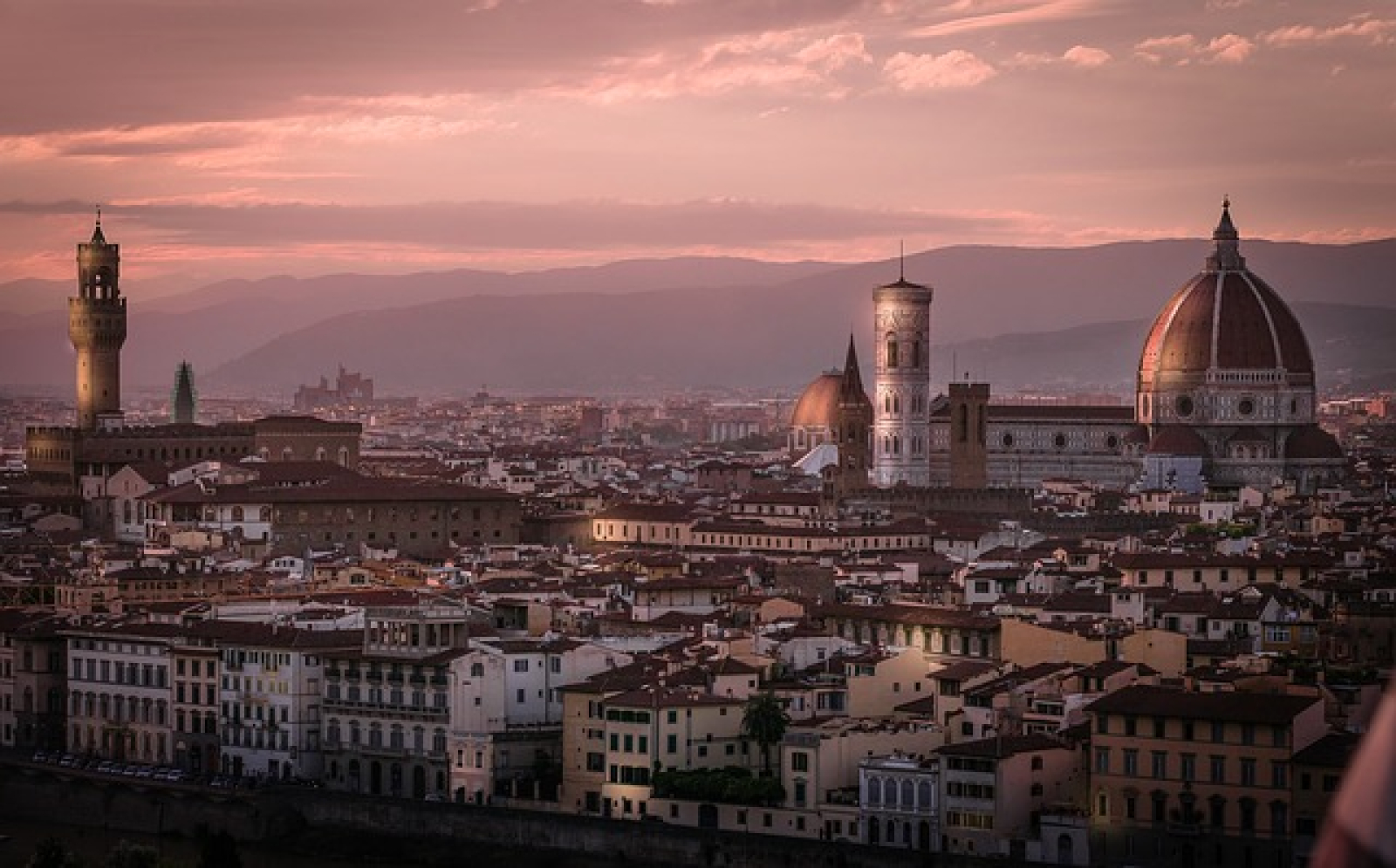 The Triamic Empire is the current dominant power on northern Estana. It is an imperial magocracy, where the masses are ruled by three magic-wielding Great Houses.

That's the official description. Unofficially, it's a dubious mash-up of several different cultures that have joined into one large nation. Historically, these three cultures hate one another. Then, Primas the Great came in and basically forced them all to get along or be annihilated.

The Triamic Empire is comprised of 11 provinces, each of which is allowed a measure of independent governance.

See individual pages for more information on that province:

The Triamic Empire is a constitutional monarchy wherein the Emperor is the Head of State, but with powers limited by the Triamic Council.

Emperors are crowned from the Prismodian family, descendants of Primas the Great. Heirship typically passes from father to son. If there is no direct heir, the crown is passed to the closest male blood relative or, lacking an immediate male relative, the husband of a female blood relative.

The Emperor acts as the Head of State. His powers include non-Triam appointments, veto power, military and diplomatic decisions (subject to Triamic approval), final judicial authority, law proposals, and emergency powers. He is also considered the Provincial monarch of Heartland, and is responsible for interfacing with the other Provincial leaders and bringing any outstanding issues before the Triam (though functionally, Lumina, Crimson Sands, and Vale generally go straight through their respective Council representatives).

The Emperor's powers used to be much greater, but were reduced during the Imperial Restoration, following the reign of Emperor Donovan the Mad.

See The Prismodians for more on the Imperial family.

The Triamic Council (or just "The Triam") consists of fifteen members: five representatives from each of the three Great Houses: House Sheyla, House Mekulet, and House Voldr.

The Triam's powers include the drafting and ratification of laws as they pertain to the overall governance of the Empire. Each branch represents a defined area of the Empire and is considered responsible for settling disputes and interpretations in their own "territories," as well as for bringing concerns that affect the Empire as a whole to the Triam. They work in close communication with the Emperor, and are expected to be in Imperia for the majority of their tenure as Councilors.

While not an official power in the government, it is a common saying in politics that "Nothing gets done without the gods' approval."

Given that an entire branch of the Triam (House Sheyla) is appointed by the Kaelic Temple, this isn't technically true, but it is functionally very difficult to pass something without Temple approval, as it requires Houses Mekulet and Voldr to agree and then it to pass a traditionally Kaelic Emperor without being vetoed.

For this reason, the Kaelic Temple remains a powerful force in the Empire, and is considered by some to be the true power behind the throne.


The flag of the Triamic Empire appears at first glance to be a braided white ring on a black field. However, a closer look reveals that the ring is actually three white snakes wrapped around one another, each devouring the tail of one of its companions.

It's extremely symbolic, to the point where the one who suggested it at the formation of the Triamic Council may have actually submitted the design tongue-in-cheek. Each snake symbolizes one of the Great Houses... perpetually destroying one another and yet making the whole stronger for it. White on a field of black symbolizes the fact that the empire is light in darkness, though the white ring can be and has been put on a number of other colors and surfaces depending on circumstances.


The Triamic Empire has a tense relationship with the current Pele superpower. The Empire remembers the Black Powder War and so shies away from actively provoking them but nonetheless generally strives to erase Pele influences (with some exceptions, such as Emperor Isaac the Intrepid).

"Pele artifacts" are banned as contraband, and possessing a "fire-arm" is a good way to be imprisoned for life. However, certain pieces of Inzalu tech have been making the rounds despite attempts to stifle them. It is said that the recent "invention" of the Printing Press was actually stolen from an Inzalu machine that already existed.

The Triamnics are, generally, fairly bombastic. They are culturally a straightforward and gregarious people, so one can expect common spaces to be loud whether you're in the southern markets of the Dusk Isles or the northern halls of Norslov. The one exception to this are Valeans-- a "proper" Valean is composed and dignified, and that includes speaking in gentlemanly tones rather than screaming into the squalling masses and praying to be heard. One of the easiest indications that someone in the Vale is from outside is by volume of speech, which does little to disprove the Valean belief that outsiders are uncouth barbarians. 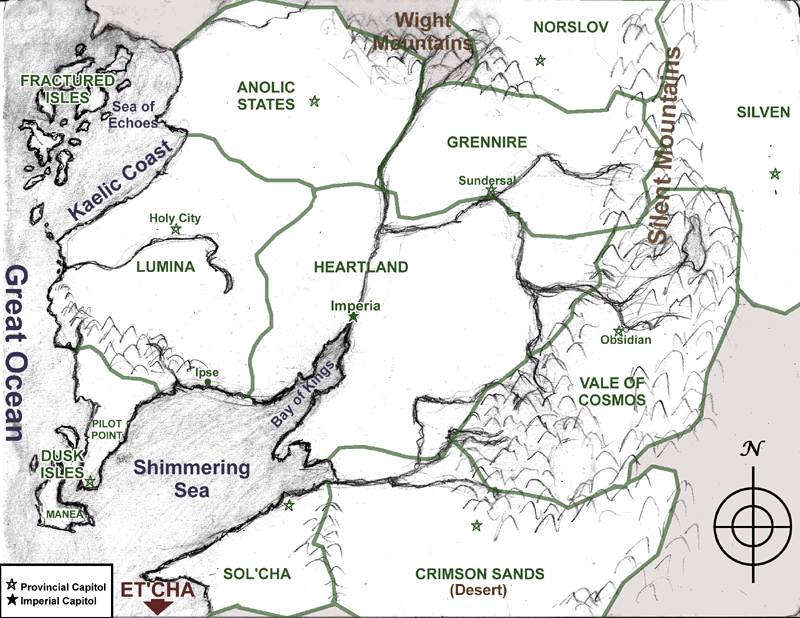 Reign of Primas the Great

Reign of King Aphes the Mikellian

Rule of the Council

The Triam tries to rule... and fails without neutral arbiter.

Reign of Ceres the Conquerer

Reign of Ceres the Cautious

The Year of No King

Regency of Minerva the Black

Reign of Donovan the Mad a.k.a. Reign of Terror

Reign of Isaac the Intrepid