"Why's it have such a vile name?" Jake asked, disgust and curiosity mingling in his strained expression. “I mean, I know I wouldn’t want to eat anything that came out of a rotted hole in the ground!”

“Jake,” Aron admonished gently, looking up towards where Jake was hanging rather precariously from the Lady Madeleine’s starboard shrouds, “you eat potatoes and carrots all the time, and those come from holes in the ground.”

Jake seemed to take a second to consider it, righting himself so that he was looking Aron more or less in the eyes. “Well, I suppose, yes. However, the name of a potato or a carrot doesn’t suggest that you went and dug it out of its final resting place.”

Aron couldn’t help but giggle at Jake’s adamant distrust of the concept of a grave pie. He should have assumed that a conversation about traditional Stellan food would devolve to such a point when he was talking to the rather capricious first mate. However, he couldn’t just stand aside when a beloved Stellan tradition was being talked down upon.

“No, see, it’s not actually made with anything from anyone’s grave - we don’t eat people on Stell, I swear.” Jake looked a bit relieved, and Aron took the opportunity to forge ahead. “It gets its name because we tend to make it at the end of the winter months, which is when a lot of people used to die from starvation. It was a bit of a joke, trying to make one last nice meal before someone went to their grave and all that! Also the crust is grey like a gravestone because of the flour we use on Stell.”

“Well, not as much,” Aron sighed, “it used to be a lot worse, but ever since the Corsairs- and folks like Nathan- started bringing in more resources, it’s been better. But we still make grave pie, because at this point it’s kind of a tradition. It also does taste really good.”

Jake descended from the rigging, sitting next to Aron on the crate where he had perched. He seemed a bit pale, and Aron remembered that he was from Gemeris, and so probably not used to such candid conversations about death or destitution. Being from Stell himself, he was well accustomed to such morbid humor. Next to him, Jake finally seemed to regain his bearings.

“So,” he asked, “if you aren’t digging people up to make pies out of them, how do you actually make a grave pie?”

“Well, I never made one myself, but I think I remember the recipe.” 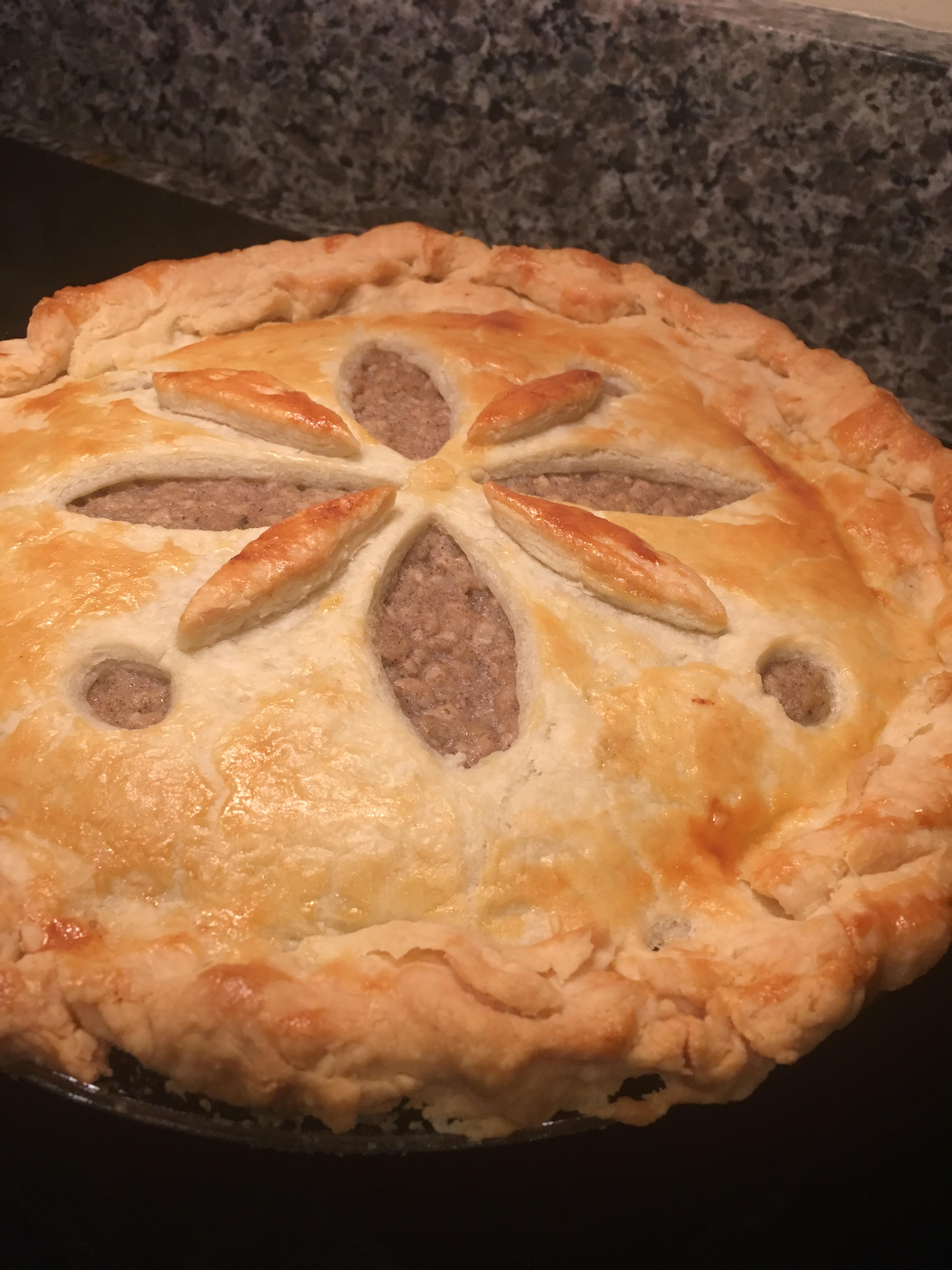 Assembly:
Mix the ingredients for the crust together, crumbling the butter into the flour. Add water bit by bit until the dough pulls together into a firm ball. Handling the dough as little as possible, press it into a disk and chill until ready to use.

Put the onions and meat into a large saucepan, and fill it with enough water to cover the ingredients by an inch. Bring it to a boil and then simmer until all water has evaporated. Let the meat mixture cool, then mix it in with the mashed potatoes and spices.

Roll the pie dough out into two large disks- lay one onto the bottom of a pie tin, then fill it with the meat mixture. Lay the second crust on top, crimp the two together around the edges, and cut a few steam vents into the top crust. Bake at 400F for 30 minutes or until golden.

Daaamn great narrative! I am not entirely convinced though with a name like Grave Pie :P but it adds a great air of mystery about it and it OTHERWISE sounds delicious (so I'd probably tuck in)! 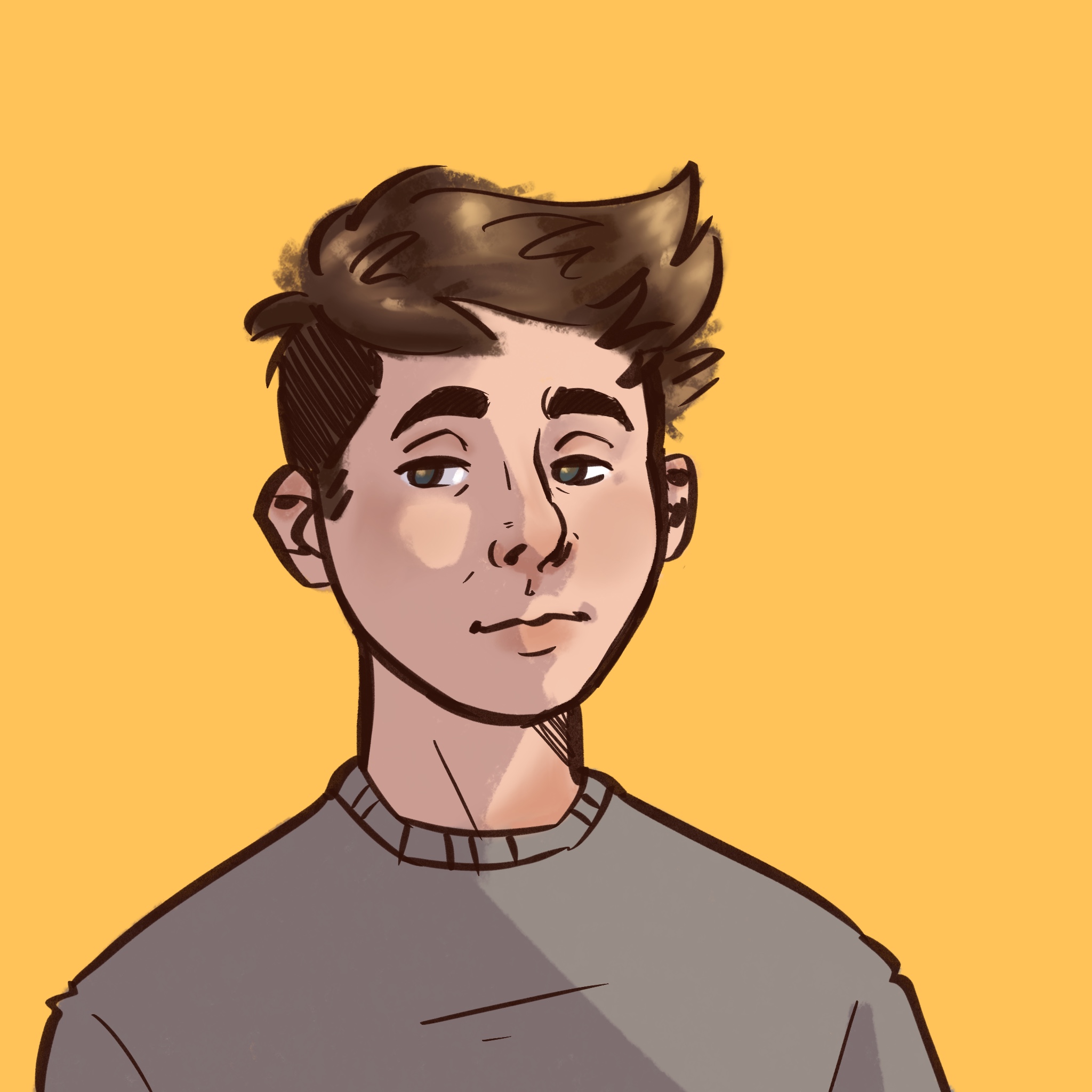 thanks kindly! the name is definitely a turnoff, but people in Stell are weird like that lol. i can vouch for the recipe itself though- very tasty french-canadian comfort food!