Everything is about to change

Menicea is a vast continent, home of the gerouns, far away from any other populated land. Many mysteries and weird phenomenons dot the realm, and which origins are only told in fairy tales.   After the end of the Clan War, gerouns had to rebuild their homeland and start afresh everything the conflicts had consumed. Nelandra Aigleran, deified savior of the gerouns kind, laid the fundamentals of what would become the Nelandrean Cult's values. With their culture centered around solidarity and a profound fear of the seas, the Meniceans were ready to give life another try.   For almost two centuries, gerouns thrived more than they ever did before. This once thought unyielding stability shook when strangers arrived from the ocean. Gerouns always believed that they were alone in the world, that no other land but Menicea existed, but everything was proven wrong.

Krondor by Miguel Coimbra
Today, meniceans are divided between an insatiable curiosity for the unknown and a will to protect their old traditions and beliefs. In the middle of this lie questions and mysteries about people going missing, old laws that appear obsolete, and strange prohibitions without real justifications. Questioning any of that seem entirely impossible for gerouns. Only a few, hiding away from sight, dare ask these questions and try to seek their answers.   Why are magicians banned from Menicea? Why are Gerouns so restricted when it comes to leaving the continent? Why is Kelyeran Asturac immortal while Nelandra Aigleran died?

What about you?   Are you native from Menicea, a Geroun who grew inside a loving family and who is now looking for a decent job? A mercenary or merchant from overseas that just came here to make benefits over the locals' thirst for the unknown? Maybe a rebel, lurking in the shadows trying to grasp the secrets some people desperately want to keep hidden?   What would you do, if you held the answers to all these questions? 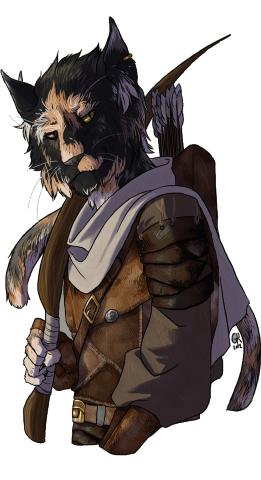 Proud, curious, and chauvinistic are the best adjectives for Gerouns. They are the only sapient species from Menicea and harshly protect it from malevolent outsiders.   As the laws that allow both foreigners to come inside the lands and natives to go outside are finally becoming a reality, some fundamentals of their beliefs are shaken. Their fear of the outside world clashes with their dauntless curiosity, feeding furious debates all over the continent on where to fix boundaries.   However, most of their old traditions remain intact. They are a warm, caring people towards each other and surely have some of this compassion to share with foreign travelers.   Discover more about Gerouns here! 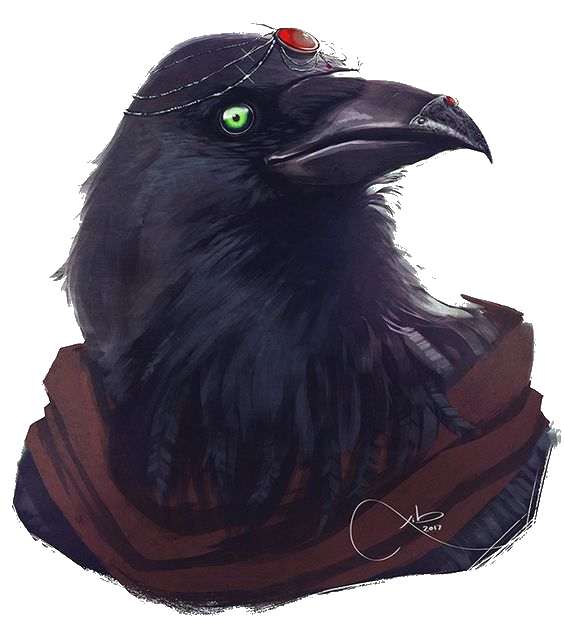 Shortly after their birth, Morknars are split into two categories. High Morknars are the elite of their society that seeks knowledge and wisdom all over the world. They are also born leaders and will be consulted by the rest of their kind in case of litigation. On the other hand, Low Morknars are the workers. They are taught how to do a given job right after the selection and are banned from most intellectual and decisional functions.   Both Low and High Morknars can be found all over the world. Their homeland Grishnak got corrupted by a magical experiment that went wrong nearly 300 years ago.   Discover more about Morknars here! 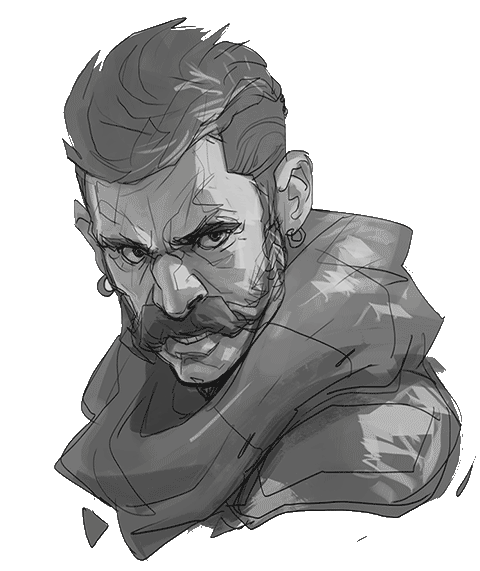 For now nearly two centuries, most Humans have been fighting among themselves. While the species settled on many islands and formed as many kingdoms and republics, the biggest part of the human civilization was at war.   Two sides, the Seaglow Coalition, and the Ivering Empire fight for the control of the Black Pylon: a gem of power said to hold the key to solve many mysteries around magic.   Nevertheless, Humans are explorers. Despite the costs of the war, they keep seeking new lands to colonize and so discovered Menicea, though the lands were already taken.   Discover more about Humans here!


Power of a few

Magic is a rare, powerful tool that only a few harnessed. Strong and creative minds can bring their thoughts to reality by interacting with the world's elements. How it is viewed depends on each culture, but whenever a mage rises, they become the center of attention. Every single civilization has or had a powerful sorcerer at the top of their power sphere.   Magic pushed Humanity at war, it corrupted the Morknars' home, and saved Gérouns, giving them two gods. It is a force to be reckoned with.   Discover more about magic here!


A Vast world to explore

Ménicéa has a lot to offer to willing travelers or adventurers. Each region has its own quirks, culture, architecture, wonders, and dangers. But Ménicéa is not the only place you can go.   Perhaps the ongoing war on the Human lands of Aiqura and Cezica caught your attention. Maybe the magic plague and what's left of the corrupted Grishnak did. Our world is vast and full of obstacles for you to overcome.   Where will your journey lead you?
While Menicea is the name of the setting, it is only one of its four continents.
Surface Roughly 2500x2500 km

Menicea is a medieval-fantasy, low magic setting. Its development is focused on social interactions, intrigues, and conflicts. There are no mighty dragons, no millennial heroes but ancient secrets, influent nobles, and global power struggles that are waiting for you to interact with.   Menicea is a setting to be used with the ruleset of your choice. Due to its popularity, DnD 5e stat blocks for fauna and items may be added in the Game Master resources.   Menicea is designed to be simple to run. Many layers of intrigues, ranging from local villages to worldwide are given to GMs, so you only have to pick up one region to launch an exciting campaign of the duration of your choice.

The ways of Nobility in Menicea.

Founders of Irisport, Protagonists of their own sucess story through luck and cunning.