Through the whole history of Menicea, there's this one group of bandits that stayed in everyone's memories. Maybe it is because they inspired so many people to fight. Maybe it is because they made Kelyeran Asturac himself participate in their hunt. Maybe it is because their defeat resulted in the rise of one of the most influent noble family...   The Cut-Throats are a legend. They were among the first bandits to make enough noise to be heard from all over the continent. Their actions, so simple, are an inspiration to all the following outlaws that rise after them.

As far as we know, the Cut-Throats were led by a single person: The Black Lightning. He or she decided when and where the group would strike. If it's gender is unclear, that's because TBL was never caught. When the whole group fell, was captured and murdered, TBL was apparently not among the prisoners. Guards only managed to arrest a few bandits before, and each of them always referred to their leader using a different gender.   Once they were on a mission, bandits were separated in different squads led by captains. We still don't know yet how was working this hierarchy when they were at the base, and if there were more ranks than soldier, captain, and leader.

Cut-Throats didn't have such a thing. They attacked caravans regardless of how rich or poor was its owner. Before the travelers started to hire trained guards, bandits only knocked out the escort and took the wares. Quickly, caravans were protected by little troops of guards, that just couldn't be taken down that easily. That's when the Cut-Throats won their sinister name since they were now "forced" to murder the escorts, leaving only alive the non-fighters.   They mostly aimed for precious metals or gems. People assumed that they had moles as they always knew when the most valuable caravan would leave the mining city. Yet, no one ever found their informers.

From their pillage, Cut-Throats were rich. They were dangerously well equipped, and they had accurate maps of the different mountains surrounding the roads.   For a long time, people correctly guessed that they had a camp hidden somewhere in one of the mountains' valleys. A lot of searches happened before they finally got caught, but only remainings of ashes were found as if again someone told them about the upcoming hunt.   The camp was made of tents, with cleverly chosen materials that made them difficult to spot from a long distance. It had to be readily movable in case they got detected.   In their last location, they seemingly thought that they were hidden enough to build more sedentary structures, like forges. This is why they started attacking the iron convoys as well on their last few years of activity.

The Cut-Throats terrorized the Mount Odelia for 50 years before being finally caught in the year 123.   They started small, by attacking little caravans with low protection before their group grew. Slowly, they got better equipment and more recruits which made them able to attack large convoys and kill their escorts.   Everyone knew them in the mining city of Silver-Dust. From the year 70 to 120, this city was outnumbering every other one in Menicea on their number of mercenaries. You could find a counter of swords to hire in every street or so.

by JonHodgson
When their attacks started to impact the city's economy, Silver-Dust's governor asked for reinforcements from the kingdom, that estimated that they had more significant concerns at this time. After many attempts to get troops or at least funds, the governor had to use a stratagem to force the kingdom to move. He used religion. The Nelandrean Cult has many altars all over Menicea, essential places that Gérouns use to pray their Goddess.   He deliberately broke some parts of Nélandra's statue and pretended that it was the bandits' doing. He didn't need two letters to the king to get the whole royal guards' regiment to track down the bandits, led by Kelyeran that used his powers and Aderbaal Prexyann's information to find their location immediately.   The fight didn't last more than 10 minutes. The bandits were wiped out by Kelyeran in a fraction of time. He used some of his divine powers to force them to bow on the ground and ordered the guards to arrest them. What took longer was to find every person that was hiding all over the area.   After they got arrested and put into a temporary jail at Silver-Dust, a civilian disguised into a guard and poisoned the bandits' meal. It was a reasonably well-crafted poison, which started to show its effect only a few minutes after they ate it.   Every single bandit died in the following hours, leaving the guards' questions unanswered. The culprit was caught quickly afterward, and he admitted that he did it to avenge the death of his wife who was murdered by the thieves. He got a lot of support from the locals and was only condemned to one year of forced community service.   These bandits had a tremendous impact on the Mountain's economy and indirectly funded the mercenary industry that expanded at the same time they did. Even more, they unintentionally helped the first Prexyann to access nobility. This last fact made history remember that Prexyanns were the ones who arrested the bandits, while it was, in fact, them who gave crucial information but the royal army did the rest of the work with Kelyeran.

They killed, they raped, they theft.
They laughed at their blasphemy.
But Prexyanns got their heads.

We come, we take, and we leave. 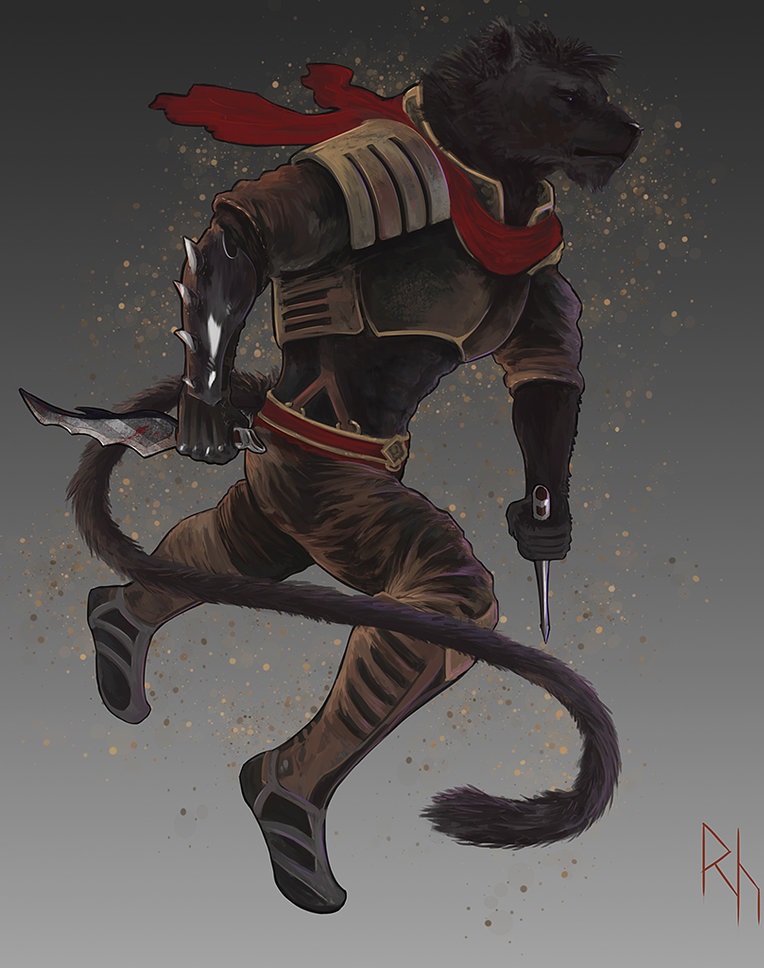 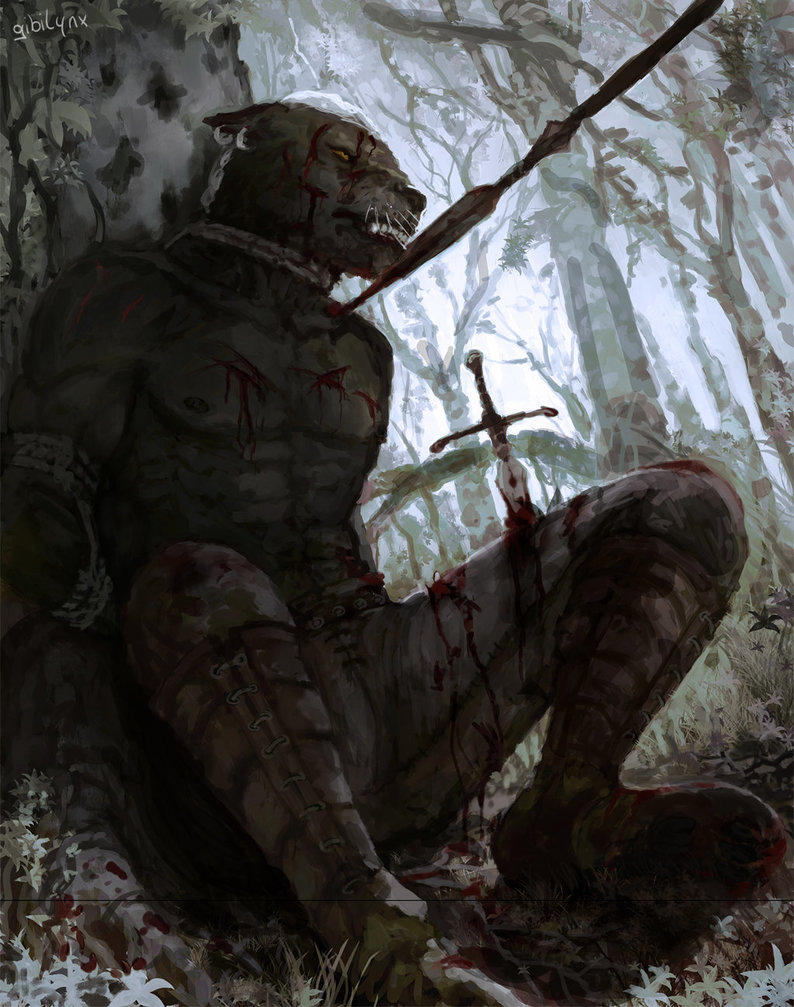 Excellent use of art and wonderful CSS styling. It sounds like the Black Lightning may in fact be out there still...just waiting for the right opportunity. Well done!

Thanks. I didn't do much on the CSS but I'm glad that you like the background. Regarding TBL, he or she is long dead, since this story happened 130 years ago (I should have notified it somewhere)

As a fan of Hydra, the idea of an unknown and mysterious leader makes me think that the Prexyanns may be in charge! Very interesting read!

Beautiful artwork! I love how the decline of this group of bandits gave rise to a noble family. TBL is still out there and as Heath suggested, may even be part of that noble family. Perhaps this person is waiting for the right chance to launch a new chapter of the Cut-Throats, thereby funding the noble family with their spoils.

Thanks! TBL (the first, at least) is long dead since this happened 130 years ago (again, I should have said it somewhere) but maybe he or she had some kids ?

Oooh, definitely possible. And they would want to eventually carry on their mother/father's ambitions. Or maybe some do, but other descendants are against it? I smell a family fued on the rise.

I can't say anything more :D

What sort of myths stem from the Cut Throats? A group as notorious as them is bound to have some pretty nasty tall tales around them. Perhaps they steal your children in the night and eat them for their tender meat, or they are enamored with torturing people for years at a time. :3

I should definitely write some of them yes!

You just made my day. Thank you SO much